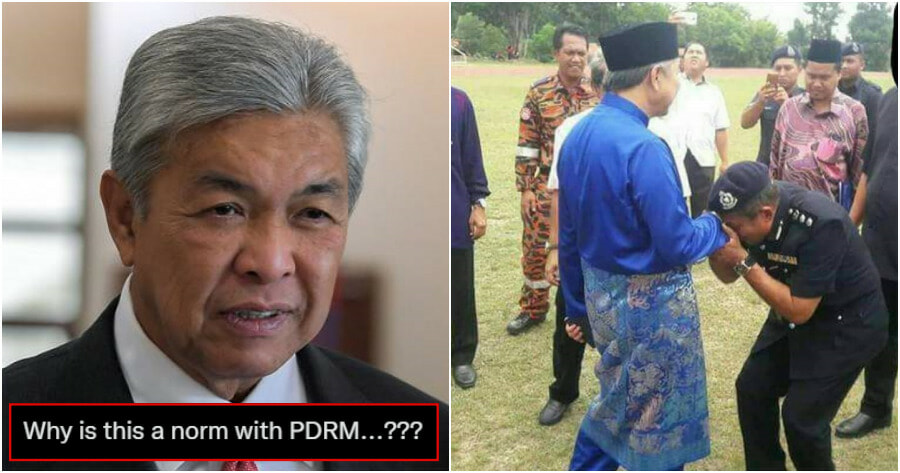 Just a few days ago, a picture of a PDRM officer kneeling down and kissing the hand of former Prime Minister Datuk Seri Najib Tun Razak went viral on social media as netizens criticised the practice of idolising politicians.

Now in a similar case, a picture of UMNO President Datuk Seri Dr Ahmad Zahid Hamidi has gone viral as it featured yet another PDRM officer ‘idolising’ politicians by kneeling down and kissing his hand. 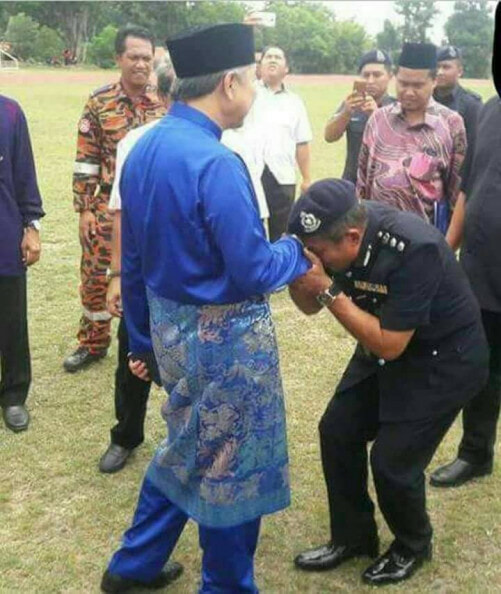 It is unclear when or where exactly the picture was taken.

Malaysians criticised the culture of putting politicians up on pedestals

The picture has been widely shared on social media platforms and Malaysians were quick to condemn the PDRM officer’s act and the culture of idolizing politicians as a whole.

“He’s a politician NOT a demi-god or your daddy.”

“Save the cium tangan for your parents. Honour your father and mother. Not politicians,” commented one user.

Another commented, “What kind of culture is this. We should have an Act to punish this act. Save the kissing of hands only for your family and royalty.”

A couple of users compared it with the recent viral picture of Najib. “Different officer, different thief. I hope that the assistant police do not get involved in this shameful act.”

Meanwhile, some users even tagged political activist Fahmi Reza and urged him to produce another satirical artwork based on the picture just as he had done with Najib.

What do you think of the image as well as the practice in general? 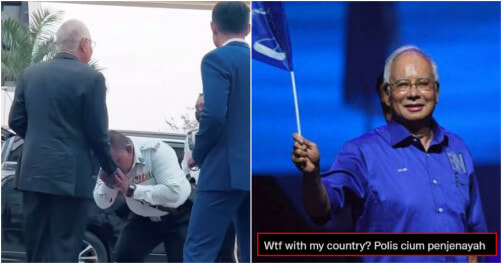