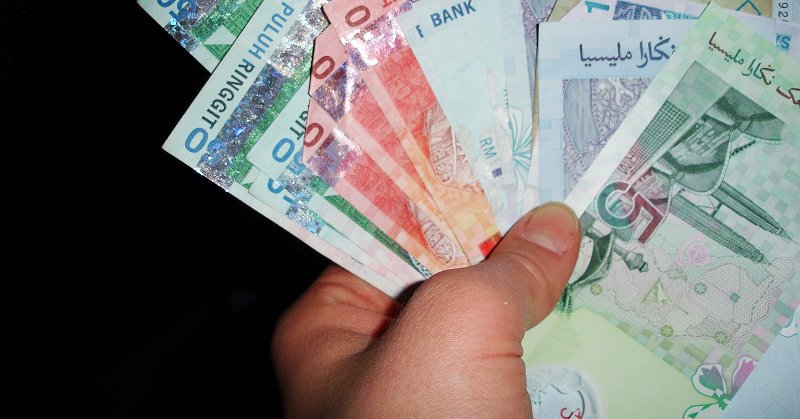 We’re sure many of you have always wondered how blind people can tell the difference between banknotes of different values. After all, most of them are pretty much the same size and texture, right?

Well, just yesterday, this guy on Twitter figured it out!

Apparently, Malaysian banknotes have small embossed lines and dots on them for visually impaired people to feel with their fingers. Each banknote has different markings so the blind can tell them apart! 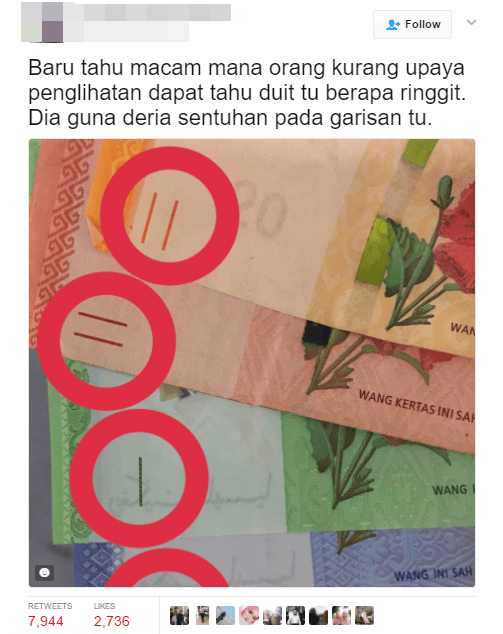 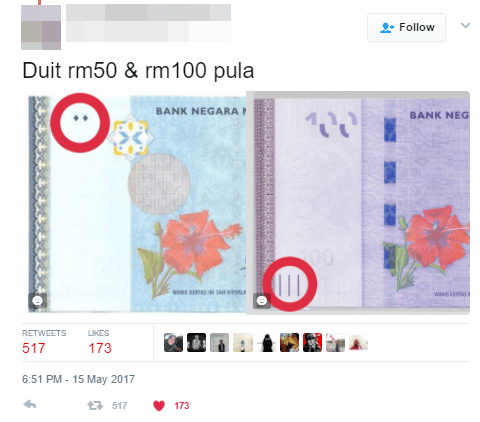 How did we not know about this?!

Needless to say, many Malaysian netizens were also taken aback by this seemingly new information, many of them saying that they immediately took out their money to see it for themselves. We’ll admit that we did the same too!

Others were skeptical about how visually impaired people could feel the embossed symbols, since many of them could barely feel much on the banknotes when they tried it.

However, they were unaware that the visually impaired typically have a stronger sense of touch since they rely on it more than people who can see to navigate their surroundings.

We’re still blown away by this brand new information, though. Brb, we’re going to look at our money for the next hour! 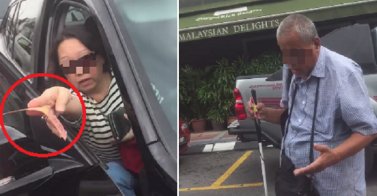