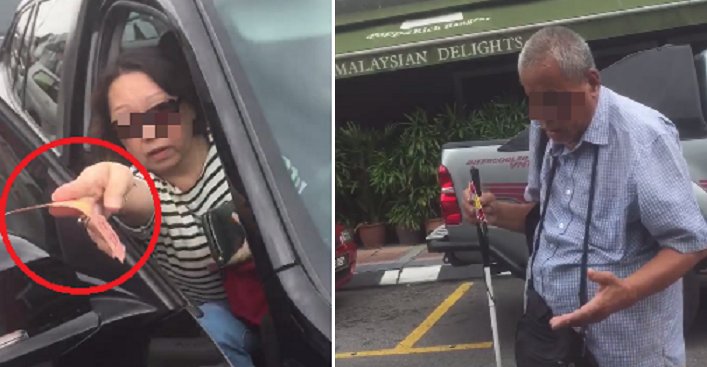 We were taught from young to be sympathetic to people that have disabilities or some form of handicap and to always offer our help to them if possible.

Often, you will see many beggars sitting by the roadside begging for alms and more often than not, we are compelled to help them as they have some sort of disability. But, don’t fall victim to begging syndicates okay?

Well, a blind man located in Klang Valley has been going viral on Facebook lately, as he is capitalising on his disability and taking advantage of the public’s kindness. 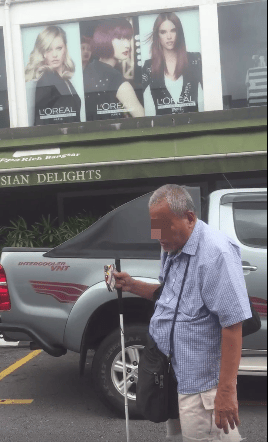 Fellow Malaysian Matt Yk Ong, posted about his encounter with the blind man. He wrote,

“Just hanging out in Bangsar when I noticed a blind man in the middle of the road. Another guy was trying to help him off the road because he was holding up the traffic up but he didn’t want to budge.

“Thinking it was a language issue I went up to him to help, but then I realized, he wasn’t clueless.

“He knew exactly what he was doing and wouldn’t budge unless I gave him some money. So I gave him RM1 to pacify him. He took the cash and then continued standing there after berating me that it wasn’t enough. He wanted RM10 or RM20. That’s when I started to take this video.”

“We’re speaking Hokkien in this video and it’s basically him threatening me while I try and get him out of harm’s way. I wasn’t at all angry, just sad that he had to resort to this method to get money.

“I was on the fence about posting this because I don’t want to villianise the man, but I was wondering if it’s legal to blackmail and hold traffic like this. What can we do about it?” 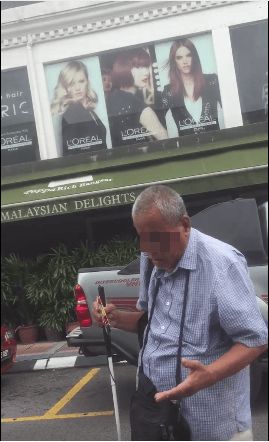 In the video, the blind man and Matt are having a negotiation, where the blind man keeps threatening him and asking him to go away. He says, “You come and disturb me, you watch out okay? You just watch out.” Matt continues to negotiate with him in Hokkien and says, “Okay, okay, I give you RM5 okay?” But he refuses and turns away. 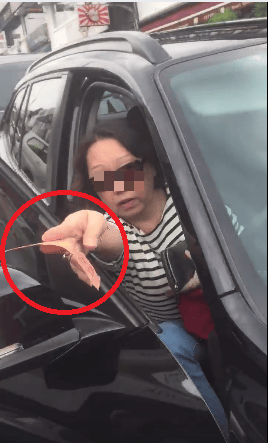 That’s when the lady who is in the car gestures to Matt and tells him she is willing to give him RM10. After the blind man takes the RM10, he wants to give Matt a sticker in exchange but Matt tells him, “It’s okay, I have no use for it. You keep it for yourself. Just move to the side, uncle.”

And only after taking the money does he then moves aside for the disgruntled drivers behind him to pass. 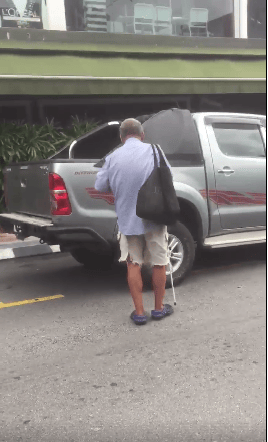 Based on the comments by other users, it seems that this is not a new tactic by the blind uncle, as he has been seen appearing in many places such as Sri Petaling, SS2, Uptown, Puchong, Taipan USJ, Kota Damansara and many more areas around Klang Valley. He seems to be extremely mobile and gets around a lot!

It’s absolutely heartbreaking to see a man like him needing to resort to these tactics. I guess in a time like this, it’s better to be safe to whom you’re giving out donations to. 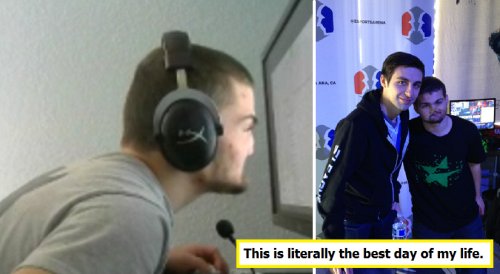