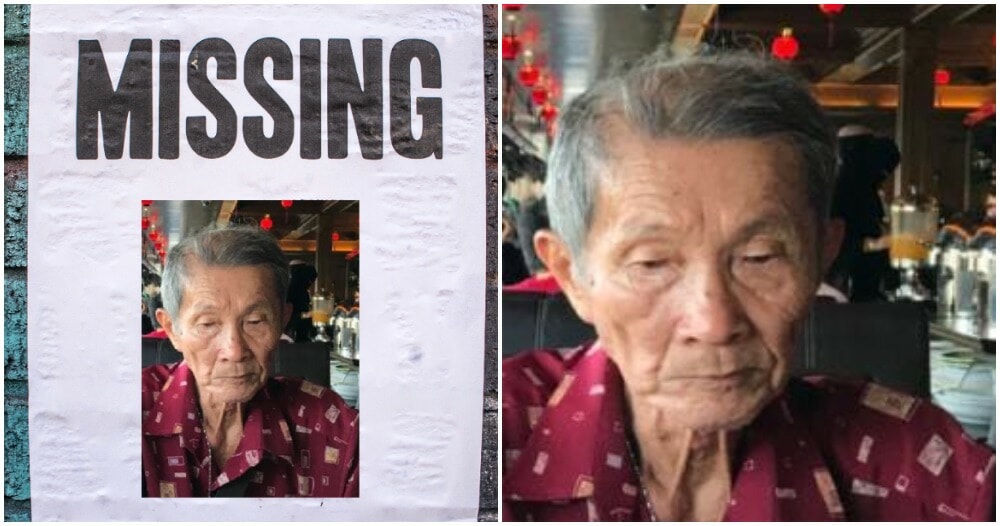 “My dad finally asked for help from a stranger at a Shell petrol station in Cyberjaya to call home. I had asked him to stay put & my brother had already reached Cyberjaya from Setia Alam to pick him up.”

“Much gratitude and thanks to all for the compassion and selflessness to drive out to look for my dad during this pandemic.”

Social media has been flooded with posts of Uncle Wui who went missing on 21 June 2021.

Mr Wui Phung Ow is an 88-year-old man who lives in the USJ area. He went out alone on the morning of  21 June 2021 around 9am to attend his relative’s funeral in Bangsar. His family members wanted to accompany him but he insisted on going alone. He was last seen driving a Toyota Avanza that is metallic silver with the car plate number WMW3357 and he does not have a handphone with him.

At 7pm on 21 June, Mr Wui still had not reached home, so his family members called his relatives. However, his relatives said he did not reach Bangsar at all. Feeling alarmed, the family then proceeded to make a police report in USJ. The police said that there were no accidents reported of a metallic silver Avanza.

Prior to going missing, Mr Wui was wearing a white collar t-shirt with brown stripes and long army green pants. He is around 160 cm tall. A picture of mr. Wui.

He is not familiar with Bangsar roads & has gotten lost before. The family is still searching for the elderly man.

Speaking to WORLD OF BUZZ, Miss Wui has said that someone from Facebook had called them and told them that they saw Mr Wui in Ampang. Around 7am this morning (22 June), Mr Wui made contact with his wife by calling her and saying that he was at a petrol station and he will be going back home after he refuelled his car. However, Mrs Wui was unable to get more information from him as he ended the call shortly after.

If you see Mr Wui, please contact Miss Wui at this number:

Please help share this post as well so that more people will be able to help! Thank you all very much.

Also read: APM Officer Praised For Going Out Of Her Way To Help Deaf Man At KLCC PPV 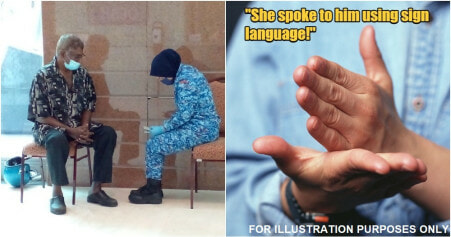