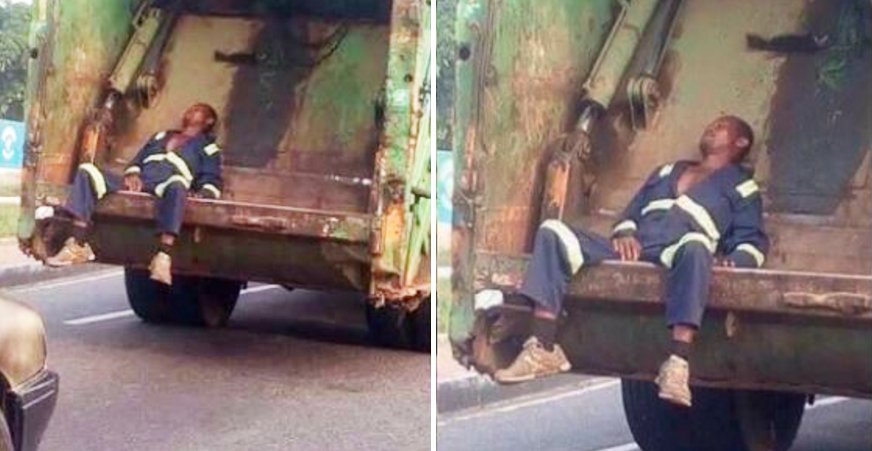 Some should really think twice about how they describe a picture, especially on social media.

A picture of a garbage collector who fell asleep on the back of a garbage truck was uploaded on Twitter by a user.

Over time, the picture started to gain attention. The caption received backlash from fellow twitter users and many came out to criticise the caption, stating that it was extremely rude and insensitive.

The caption given was: “A man who knows his place.” What even… 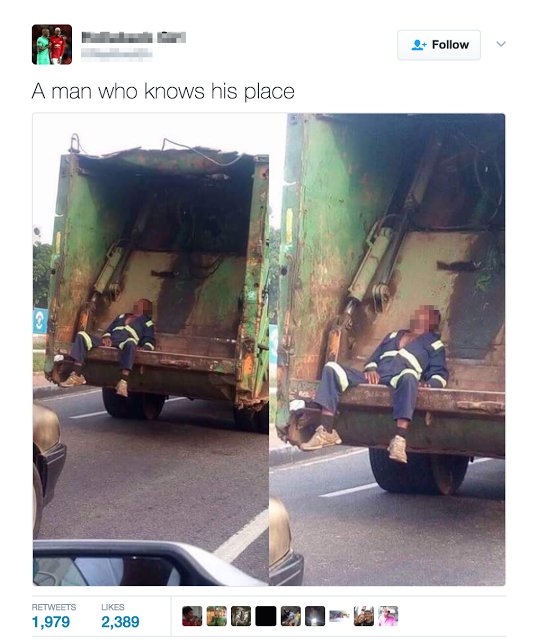 The issue only started going viral when Twitter user, Zane, quoted the tweet and added: “This hardworking man wakes up every morning to do one of society’s worst jobs in order to feed his family and you want to disrespect him?”

His tweet got more than 110,000 retweets in a day. However, the origin of the picture and where it was taken from is uncertain.

Loads of Twitter users expressed their agreement with Zane and said that what the uploader had done was extremely insensitive.

Many netizens came to give their two cents on the matter. “So lame. People thinking they are better than anyone else are the only ones worth less,” wrote user Ben Gleib.

“Nobody wants to work this job and he’s doing it to make a living. He can sleep if he wants. I agree that the joke was rude,” said Cerri.

However, there also comments on the joke pointing out that the joke wasn’t aimed to the garbage collector but instead to all the men in the world.

“Zane, you don’t understand the joke. It means that all men are trash.” said Dina.

Local twitter users have also come across the picture.

User Kotak Bebel has gotten over 10K retweets on the picture with the caption: “Even though some people are making fun of this picture, we all know that his job is more noble than becoming a minister in Malaysia.” Woah, preach! 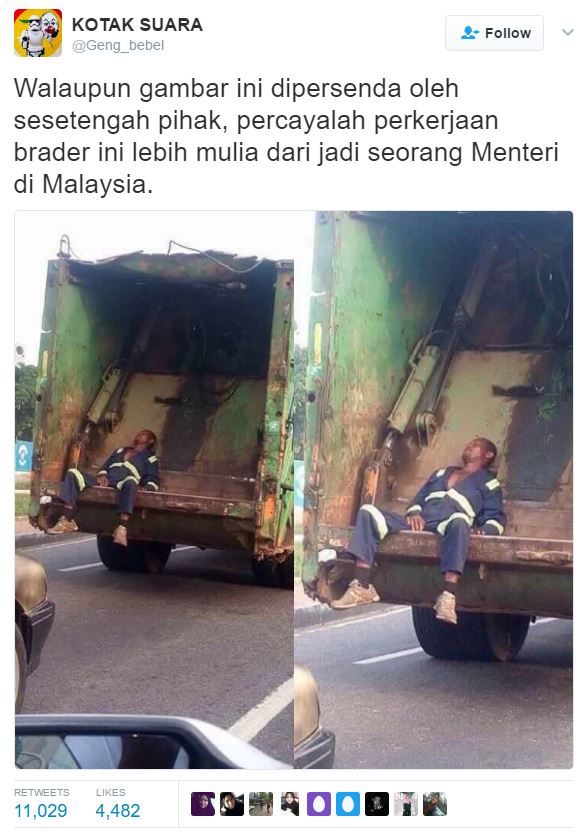 A hard working person who is obviously doing an honest job shouldn’t be the butt of any joke. He’s done more good than bad for us, remember that!