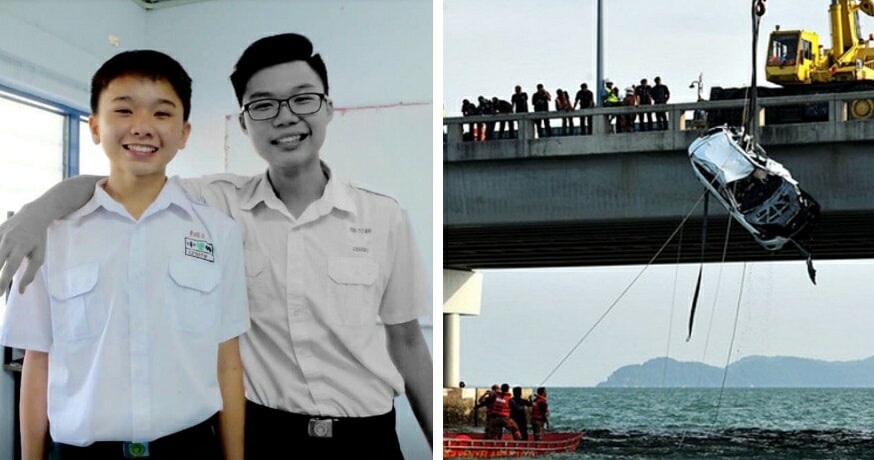 Friendships are one of the most important relationships and they can touch our lives in a lot of ways. This makes losing one of them forever a very hurtful experience.

With the recent news of 20-year-old college student Moey Yun Peng who lost control of his vehicle after being hit by another car before plunging into the sea by the Penang Bridge at 2.54am on Sunday (20th January), his friends are shocked by his sudden death. 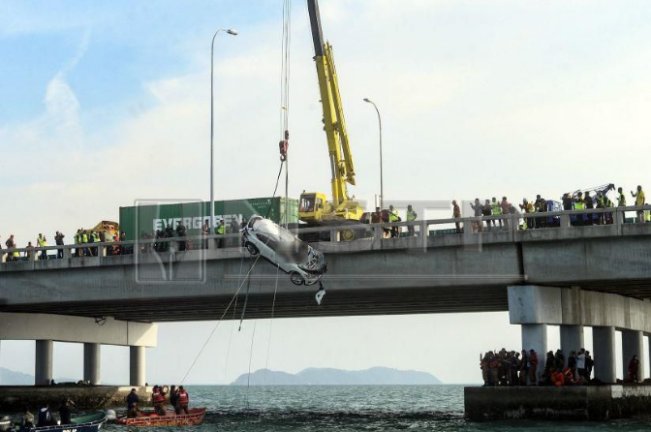 Due to the sudden loss, one of the victim’s classmates known as “Ah Yeoh” took to Facebook to write a heartfelt poem in Mandarin to pay tribute to Moey. Both of them were classmates from Han Chiang High School. 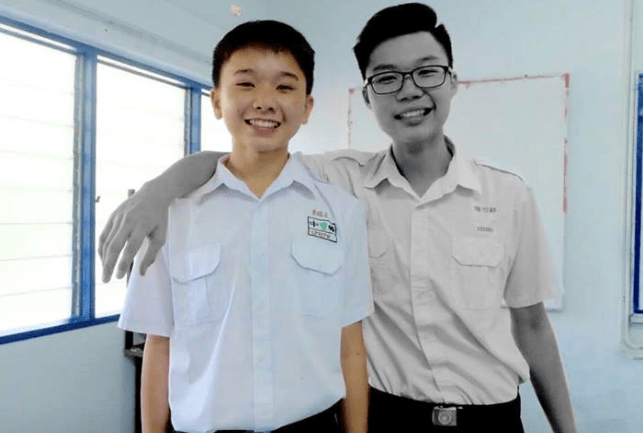 A screenshot of Yeoh’s poem posted on Facebook can be seen below. The poem was posted one day after the tragedy (21st January). 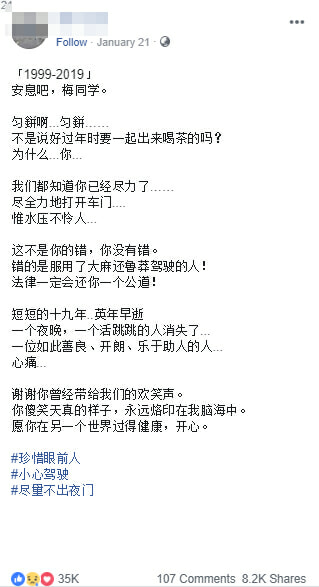 According to The Star, this is the translation of the poem:

“Aren’t we supposed to have tea together during Chinese New Year?”

“We all know that you have tried your best.”

“You have tried your best in opening the car door.”

“The water pressure had no mercy for you.”

“This was not your fault and you are not in the wrong.”

“The fault was on the reckless driver who was on drugs.”

“The law will definitely serve you justice.”

“Just a period of nineteen years that you were alive.”

“In one night, a person full of lively spirit is now gone.”

“A person who is kind, cheerful and helpful.”

“Thank you for bringing laughter into our lives.”

“Your giggles and innocent face will forever be imprinted in my mind.”

“May you be healthy and happy in your afterlife.”

The Mandarin poem was also followed by three hashtags which translate to, “Appreciate those around you”, “Be safe while driving”, and “Avoid going out at night”.

The poem posted by Moey’s classmate touched the hearts of many netizens on social media, receiving approximately 35,000 likes and over 8,000 shares. Many of them also conveyed condolences by commenting “rest in peace”.

Our heartfelt condolences to Moey’s family and friends during this difficult time. 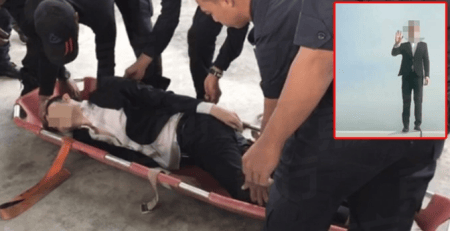