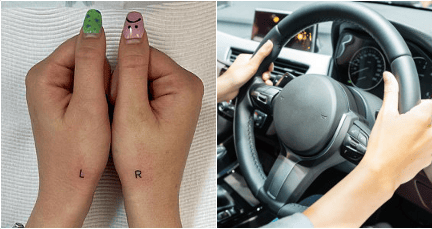 Whether we want to admit it or not, the majority of us sometimes struggle when it comes to direction. It does not happen often but when it does, it gets really confusing. Well, what if you’re a person who has to live with the inability to tell left from right? A girl in Canberra, D’Kodia Laine, discovered a permanent solution to her issue.

She decided to have L and R tattooed on her respective left and right hand. As reported by Daily Mail, Miss Laine explained that she had always found it very difficult to navigate left and right and this made people tease her throughout her life.

The issue was severely highlighted after she was elected as the navigator in a treasure hunt at a party last year for her team. She instructed the driver to take a few wrong turns so a friend decided to draw an ‘L’ and ‘R’ on her hands which immediately prompted her to have the idea to get them tattooed permanently.

The tattoo artist shared a picture of her work on Miss Laine and it garnered a lot of positive feedback with a few considering getting a similar set of tattoos on their hands.

Would you consider doing the same thing? It would really help though if you’re someone who constantly faces this issue.

Also read: Thinking Of Getting A Tattoo? Here Are 6 Hidden Benefits That You Might Not Be Aware Of 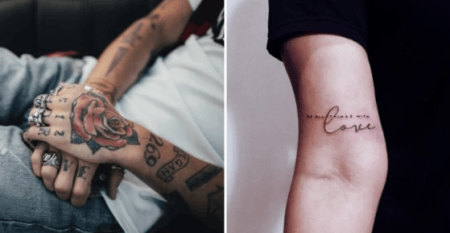