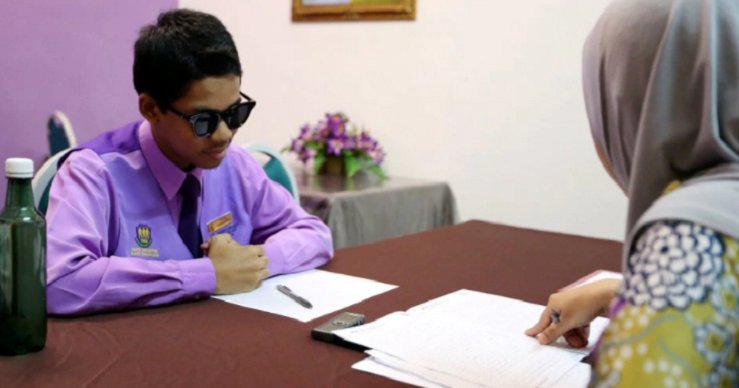 Every Malaysian understands the immense amount of stress that comes with preparing for SPM. However, we often take so many things for granted during this trying period!

Recently, a Form 5 student from Johor experienced something traumatic right before he had to sit for his SPM exams. Khairulimran Adam, 17, who is one of the top students in his school, was met with the shock of his life when he suddenly lost his eyesight just two weeks before his exams.

However, despite becoming blind so recently, he managed to walk into the examination hall and complete his Bahasa Melayu Paper 1 earlier this morning, with the help of an interpreter from the Malaysian Examinations Syndicate. 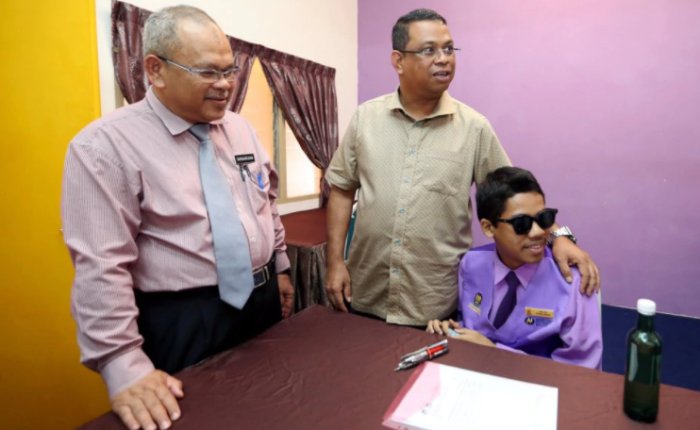 “Two years ago, I was able to see very clearly, but when I was taking my PT3, my eyes suddenly started having problems. I got treatment and went for an operation in the Selayang Hospital, and my sight was back to normal,” the student told Berita Harian.

“Then, on the 23rd of October, I noticed my vision was obstructed by black patches and became very blurry after finishing my prayers in school. I quickly called my mother when I noticed what was happening.”

“The next day, my family brought me to the Sultanah Aminah Hospital (HSA) before I was referred to Selayang Hospital once again. There, the doctor told me my chances of regaining my eyesight were very slim.”

So, on the 27th of October, Khairulimran underwent a four-hour surgery in efforts to repair his cornea. 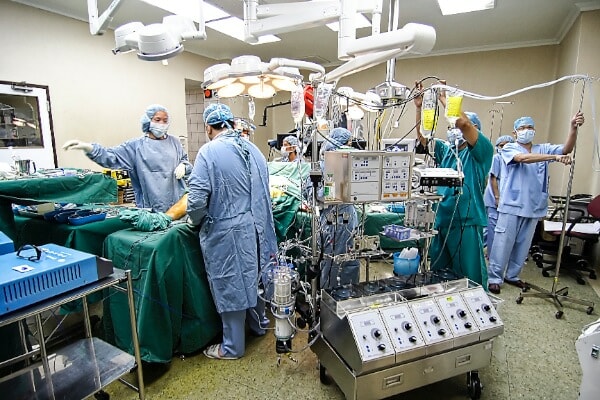 The 17-year-old, who scored 7A’s and 2B’s in his trial exams, was initially registered to take 9 subjects. However, due to his current circumstances, he has had to drop one of his subjects, Visual Arts.

Despite still being in recovery and his school advising him to take his exam at a later date, Khairulimran still wanted to sit for his exams today.

“I love to read, especially when it comes to religious subjects, so I accept that this hardship Allah has given me will lead me to something greater. That’s what motivates me to carry on and sit for my exams,” he told the daily.

Khairulimran’s older brother, Khairulamirin Adam, said that the entire family took the news badly when the doctor informed them of his younger brother’s fate, saying,

“We were all sad when Khairulimran said that he wanted to see our parents’ faces one last time before going into the operation theatre.”

“Despite what happened, he’s still motivated to sit for his SPM exams. I helped him revise by reading out his textbooks to him.” 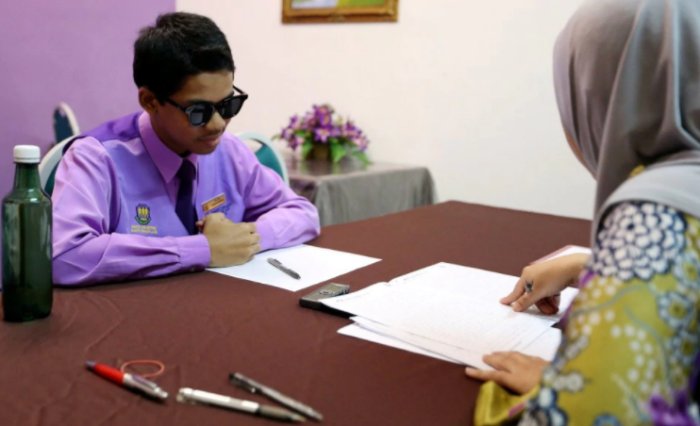 Johor’s Health, Environment, Education, and Information Chairman, Datuk Ayub Rahmat, stated that he has since contacted HSA’s administration to arrange for Khairulimran to sit for his exam in the hospital as a special candidate.

“They agreed to make arrangements for him whenever it was convenient for the candidate and his family,” he told the daily.

“This was to enable him to sit for his papers in a comfortable environment, because I understand that he had to undergo a procedure that requires him 15 hours of rest a day to help his cornea heal.”

We admire Khairulimran’s perseverance in spite of all the trauma he has gone through and wish him good luck for his exams along with a speedy recovery! 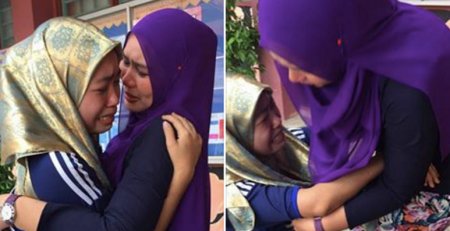