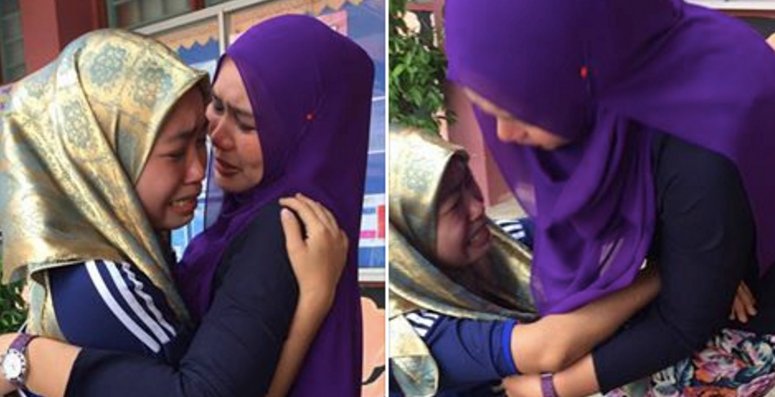 Last Thursday (16th March), results of the Sijil Pelajaran Malaysia (SPM) exams were released across the nation, with many candidates obtaining excellent scores.

Farah Marcella Bandie scored 6As in her exams, an achievement she is very proud of. Her results were definitely well-earned since she managed to achieve these grades despite being homeless. 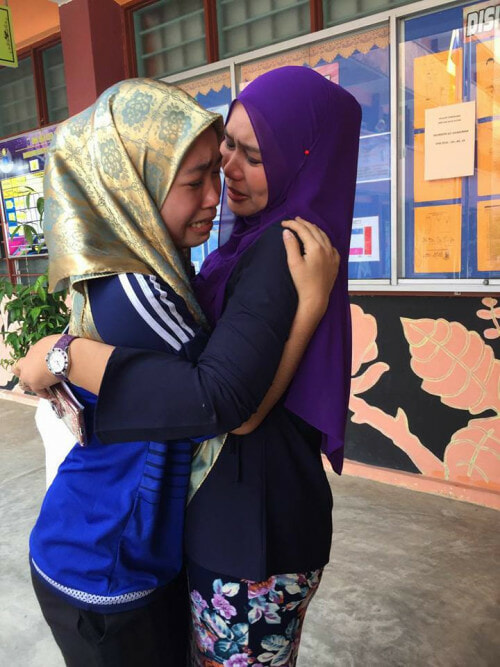 One day, Suraya Abdul Rahim, a disciplinary teacher at Farah’s school, decided to track down where Farah lived because of her frequent absence from school, only to find that she lived in a store room with her family at a snooker centre where her mother worked.

She decided to take Farah in after seeing her living conditions, as she believed she had a lot of potential.

Suraya’s brother, Zaikhan Abdul Rahim also felt for Farah’s struggle and ever so kind-heartedly decided that they should help fund her education. 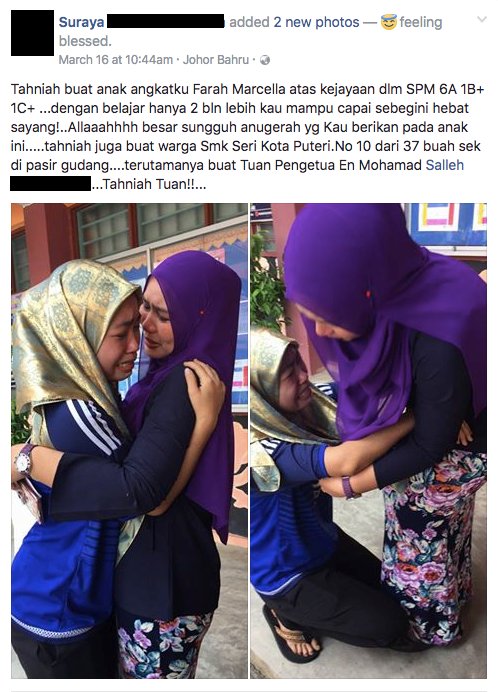 Because of the generous offers from so many people, Zaikhan decided to open a bank account to collect everyone’s contributions.

According to Malaysiakini, Zaikhan addressed concerns about the bank account being opened in his name instead of Farah’s, saying that he would help manage the account for her.

As of now, Zaikhan revealed that there is currently RM8,000 in the account. He also stated,

“For the sake of transparency, I will post a screen capture of the latest amount debited into the account on a daily basis as well as other relevant details on my Facebook.” 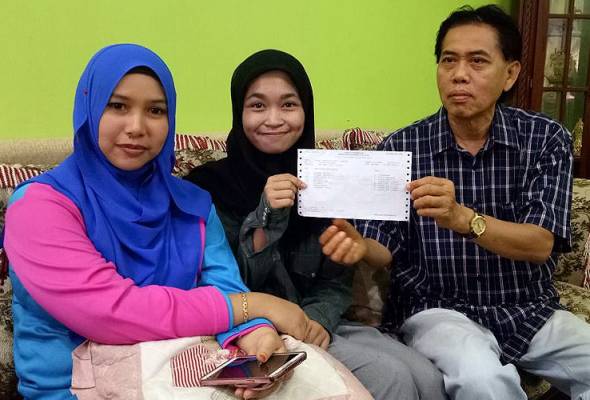 Zaikhan also said Farah’s brother obtained good scores in his SPM two years ago as well, but he couldn’t further his studies and is now working in the same snooker centre as his mother.

They hope they will be able to raise enough funds for both Farah and her brother’s tertiary education as well.