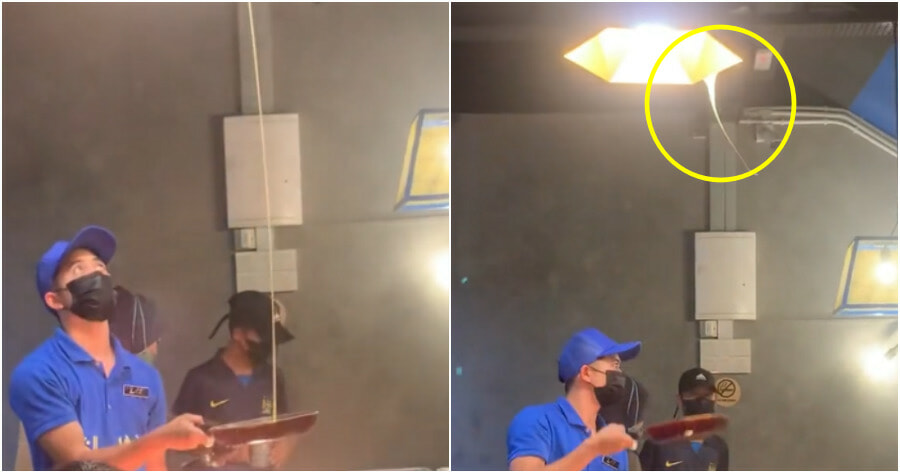 Sometimes, food preparation is not just about hygiene but also one’s culinary skills. Flipping an item on the pan may sound easy but it certainly is not as easy as it sounds.

If you’re a master at flipping eggs or bacon for breakfast, try flipping melted cheese on the frying pan while being watched by a group of people!

Recently, a Malaysian took to his TikTok account and shared an “accident” that happened during his dine-in experience at a restaurant. 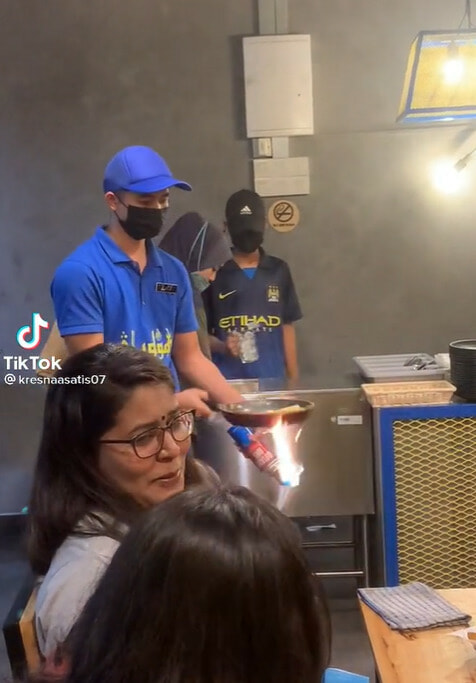 The video shows a worker in a blue uniform trying his best to flip the melted cheese on the frying pan. He can also be seen holding a gas torch with his other hand to melt the cheese. In his attempt to wow the customers by flipping the melted cheese, an “accident” followed when the melted cheese ended up being stuck on the lamp right above him. 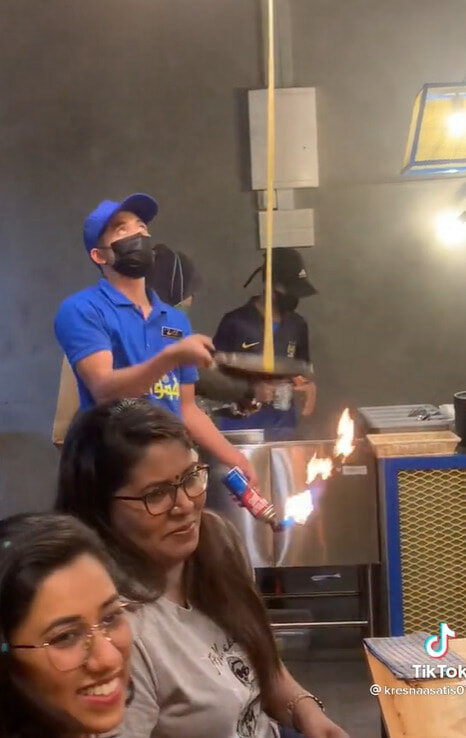 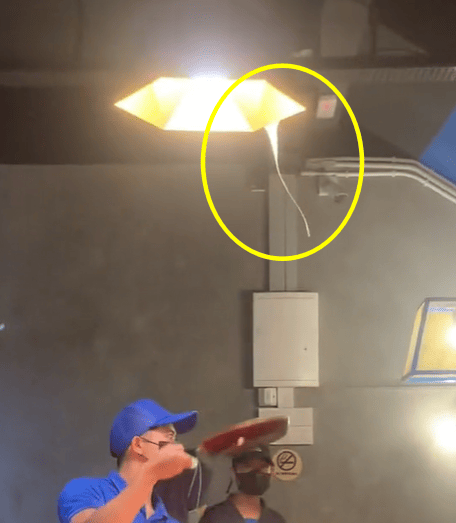 WORLD OF BUZZ reached out to Kresnaa and we were told that the incident took place at a restaurant in Shah Alam – Chicken Royale Restaurant. The restaurant is known for serving a huge platter of chicken meat with hot piping melted cheese which is poured upon serving.

The video did not take long to reach the attention of fellow Malaysians, and some of them have pointed out the possible consequences that may follow. 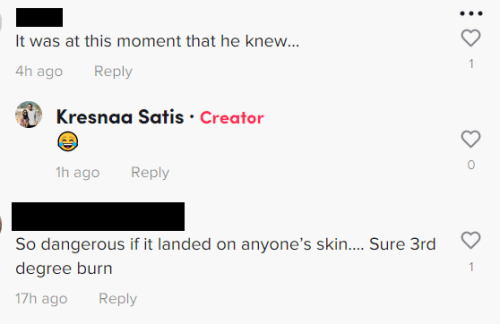 Some users joked about the blunders of the serving waiter. 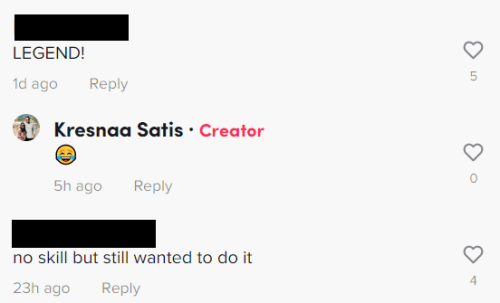 Performance during food preparation may entertain some customers but in this case, as a customer, would you have preferred the cook to flip the melted cheese? How would you react if you were to witness the melted cheese that was flipped a bit too high? 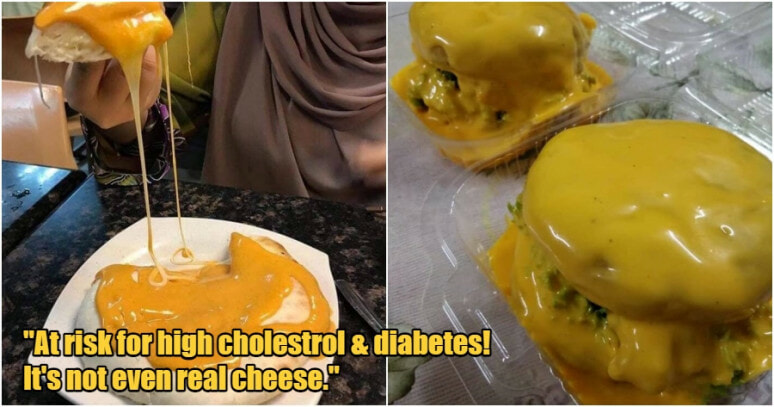