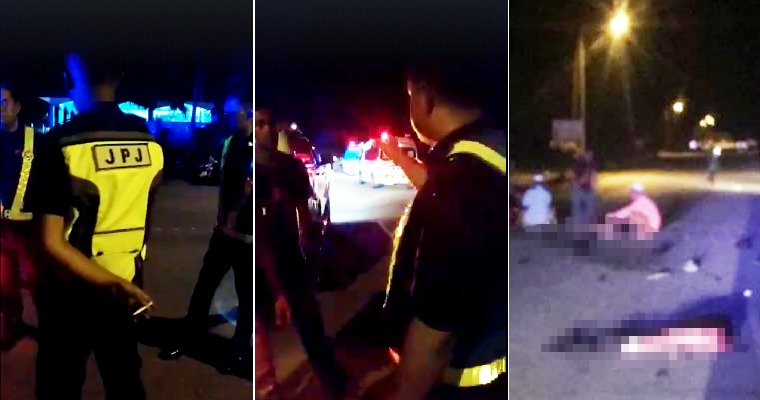 According to a viral Facebook post, the JPJ allegedly stopped the lorry very suddenly, causing two riders who were on a motorcycle to be seriously injured on their legs after the monstrous vehicle had to put a sudden break.

The video in the post further showed that an individual tried to challenge a JPJ officer to a fight. Watch the viral video below:

But, Siakap Keli reported that JPJ authorities have lodged a police report about the situation… and, the report claims otherwise. The report said that the accident and the pulling over of THREE LORRIES have nothing to do with each other. The elaborative report read,

“Early investigations found that a Vios was driving towards Ajil when it tried to overtake a Wira, which resulted in a crash with a motorcycle that came from the opposite direction.”

They finally ended the report by restating that the horrific accident has no connection to the pulling over of the lorries. You can read the full report below: 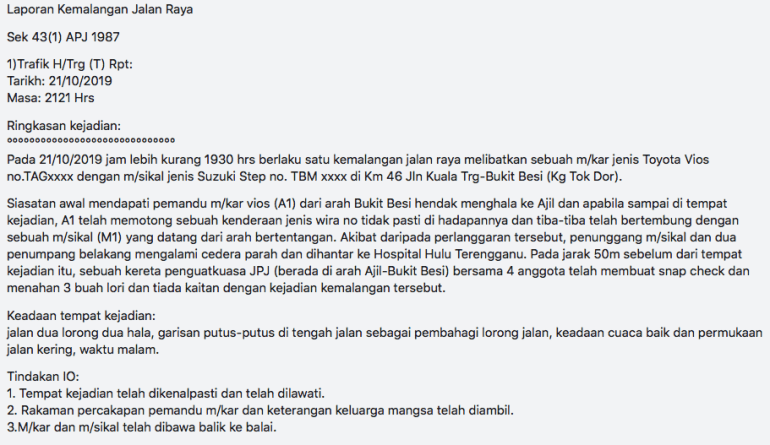 The report seems legit as Astro Awani shared that the accident actually took place in the area that was mentioned above and it caused a 12-year-old to lose their legs. The case is being investigated under Th2 1987 Transportation Act 43(1).

Oh dear! Well, we hope that the police can get to the bottom of this matter as soon as possible and ensure that people don’t spread false news about the case. 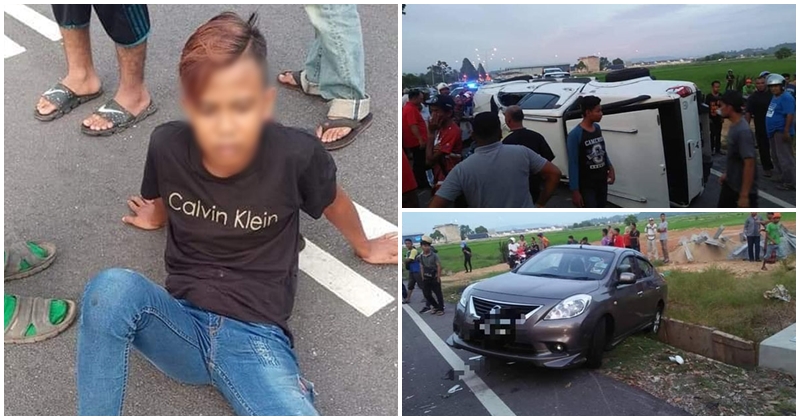