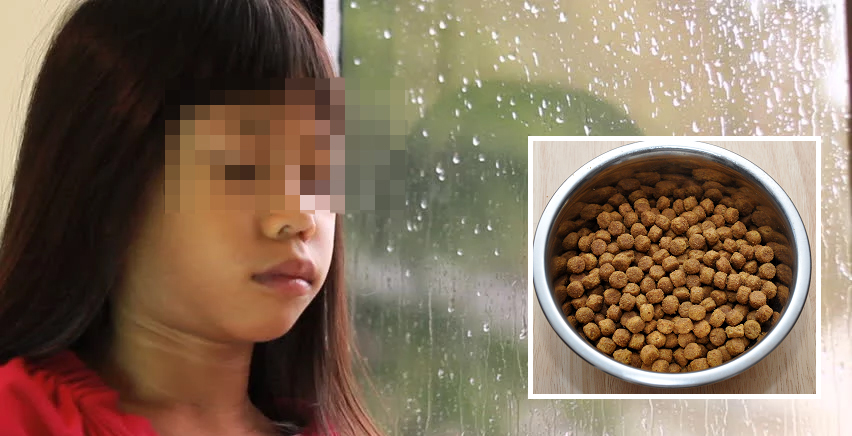 A 7-year old girl was beaten, locked in the toilet with two dogs, fed dog food and even held upside down by her father’s friend.

27-year old Tam Kai-wun was helping a friend look after his daughter when he went berserk because the young girl injured his son by slamming the door on his son’s fingers.

As punishment for her behaviour, Tam hit the girl with a vacuum cleaner pipe and cane. The man then locked her in the bathroom with two dogs and commanded her to eat a bowl of dog food.

When the girl refused his instructions, Tam allegedly hung her upside down, causing her great discomfort. She didn’t remember how long she was hung upside down, but only the pain that followed.

After that day, the girl who’s hand and feet were swollen told social workers of the incident.

In his defense, it was argued that Tam who’s a chef was actually known to be a kind person, good husband, and good father to all three of his kids. His out-of-character behaviour happened only in the heat of the moment of an enraged dad.

Defence lawyer Nick Wong said that his offence was unusual as people all knew the chef as a kind and responsible father.

Nevertheless, it was pointed out that any form of abuse is not appropriate when taking care of a young child, especially one who was seven.

Due to the father’s good reputation among his friends, the court placed him on a one year probation with the condition of him attending psychological therapy plus a social support rehabilitation program for the outburst.