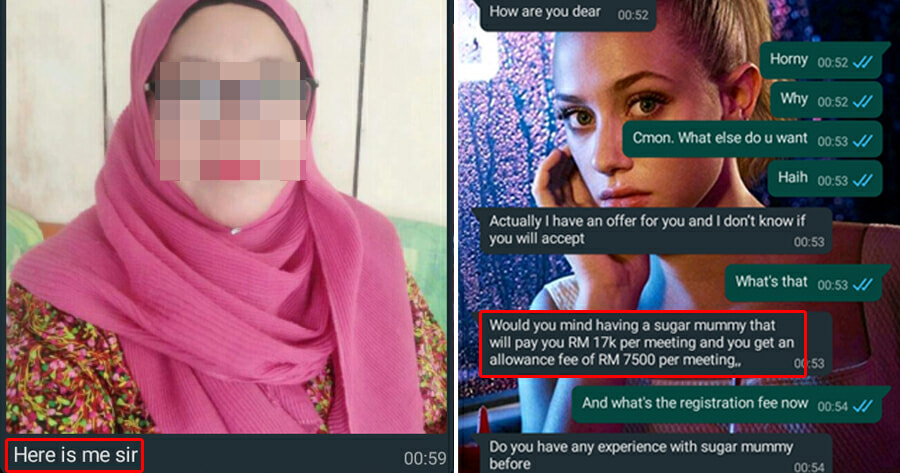 It’s undeniable that staying at home for days on end can get a little boring, so when one Malaysian was contacted by a scammer offering him ‘Sugar Mummy’ services, he decided to take them on a wild goose chase to keep himself entertained during the Movement Control Order (MCO).

James Nadesh exclusively shared with WORLD OF BUZZ that he got a random text on MiChat recently, asking him if he wanted a ‘sugar mummy’. Knowing it was all a scam, James played along and started chatting with the scammer.

Asked for money to ‘settle the appointment’

Once they started talking, they asked him to pay RM150 to settle the appointment before a ‘sugar mummy’ came to pick him up. James took the effort to forge a fake receipt and sent it to them. They then asked him for another RM200, after which he sent another fake receipt.

As the conversation went on, he even tried calling them but they only declined his call and tried avoiding his questions. Even when he asked them if they were scammers, they kept denying it and continued pressing him to ‘settle the payment’ and promised him money in return.

“I told them my father is a policeman so that they’d stop with the scam, but they didn’t give up and kept texting me using different numbers,” James said. 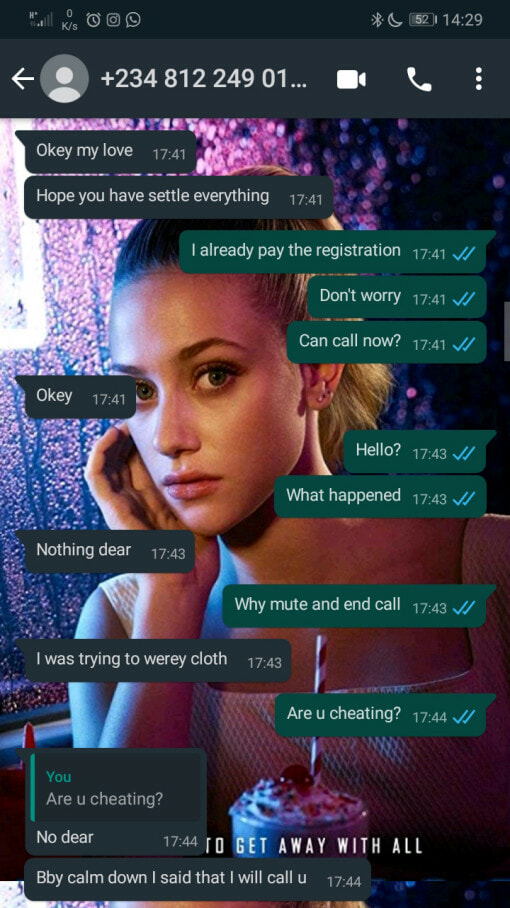 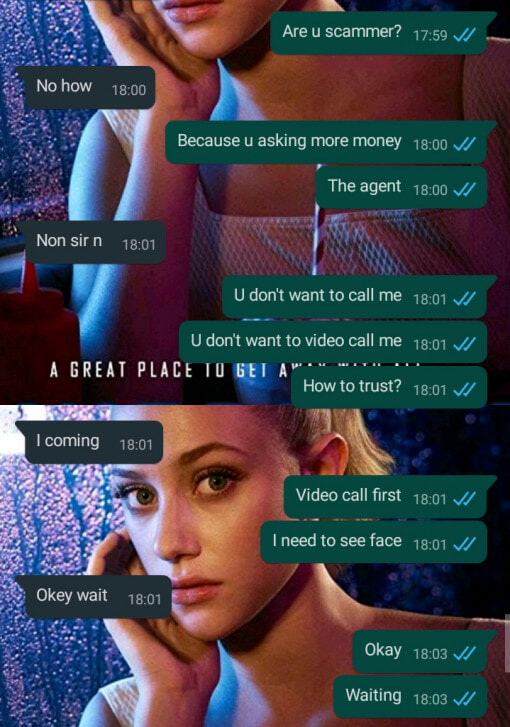 On another day, the scammers messaged James with a different number saying that if he transferred RM100 to them, they would send him RM15,000. After James refused to send them any money, they stopped responding.

However, they used a third number to message James, continuing their pursuit of trying to cheat him of his money.

“Would you mind having a sugar mummy that will pay you RM17,000 per meeting and you get an allowance fee of RM7,500 per meeting?” they said.

“We have rich sugar mummy all over Malaysia who need a guy to hook up with and have some fun with and I promise you will gain a lot from it.”

“So before you meet any sugar mummy of your choice, you will have to get registered, that’s all.”

They then sent him a photo of a middle-aged woman as ‘proof’ that they were a legitimate sugar mummy service and ‘testimonials’ of their alleged clients, but of course, James was not buying any of it. 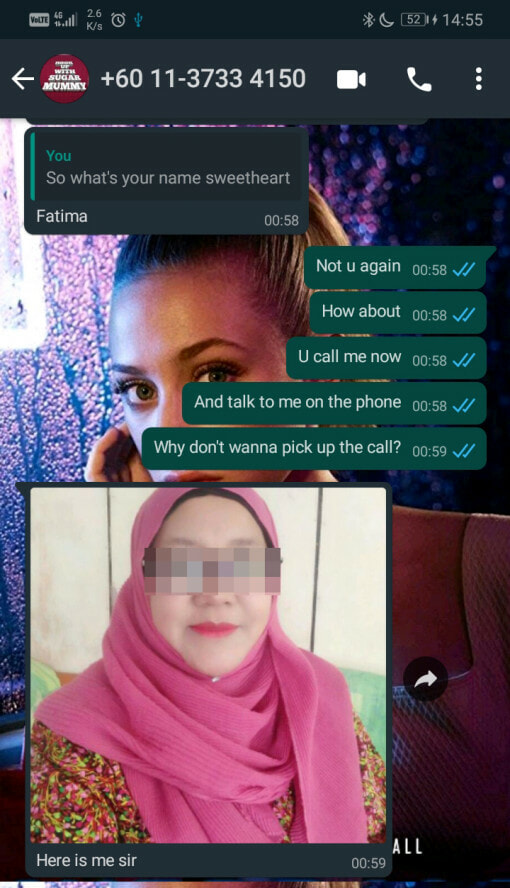 The conversation went back and forth, with the scammer trying their best to get James to transfer his money while James tried to call them out on their fraud, all of which they denied.

“Sir, you have nothing to worry about. Trust me, okay,” they told him.

In their final attempt to scam James, they contacted him using a fourth number, but this time as the ‘sugar mummy’ herself.

“Before we proceed, have you been registered with my agency?” she said.

“Because I am not allowed to communicate with you without you being registered.”

“Didn’t the agent tell you that the registration must be paid by you?”

This time James just told them that he wasn’t interested and jokingly told them that he already has an agency that will give him better ‘sugar mummies’ who will meet him face-to-face. The scammer didn’t even try to ‘win’ him back and the conversation eventually died off.

James told WORLD OF BUZZ that he only chatted with the scammer to entertain himself, but also mentioned that there are some people who actually fall victim to these scams.

“I kept playing along the whole time because I was too damn bored of this MCO. It was fun entertainment for me actually, but at the same time, I realised some people will get scammed for real and I just wanted to just create awareness.”

What would you have done if a scammer contacted you? 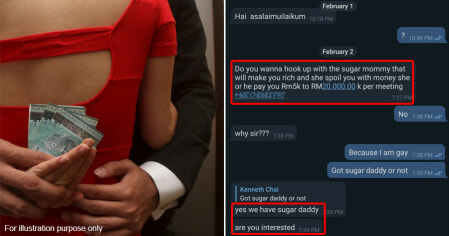