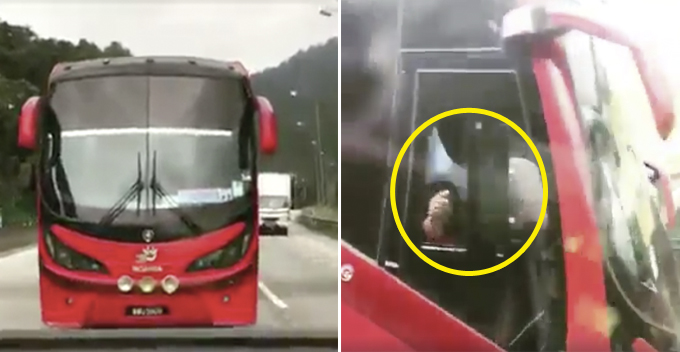 Bus driver has always been associated with dangerous driving, and the exposure of this video is not helping the stigma one bit.

Just recently, the footage of a bus swerving from lane to lane dangerously chasing after a pick-up truck was uploaded on a Facebook group, and netizens were baffled by it.

According to the contributor of the footage, the incident happened on March 18 when they were heading back to Kuala Lumpur after attending a wedding near Genting Highlands.

“As we were entering the 2-lane tunnel, a red coach bearing the license plate of WWU5909 came flying into the tunnel on the fast lane. He came in so fast that it actually shocked everyone in our car. My mother who was driving honked at him so that he would slow down.” 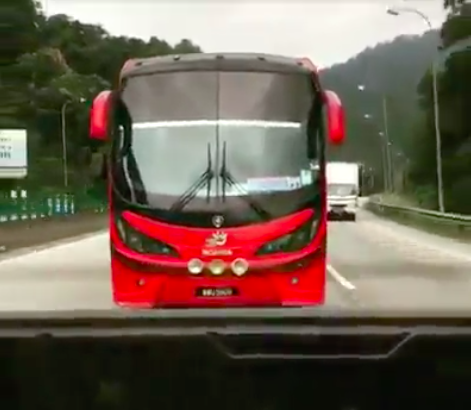 “He immediately started honking back as he swerved into the left lane, just in front of us. Furious and concerned for my 1-year-old baby in the car, my mother tried to get away from this dangerous lunatic driver.”

“He began chasing us, weaving through the cars without giving signal as you can see in the video. He came right up behind us on several occasions.” 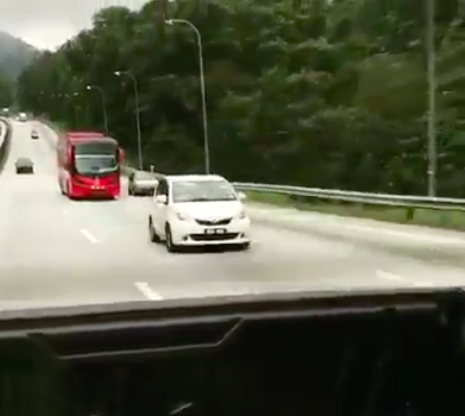 “He managed to overtake us, after I asked my mother to slow down as my baby was in the car. So he managed to get ahead of us. And of course, he drove right ahead of us, pressing the brake every now and then so that we couldn’t get pass him. He even tried to squash us into the divider when we tried to overtake the bus. Luckily we managed to lose him at the toll.” 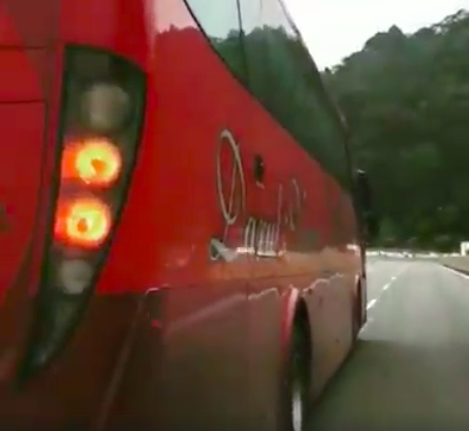 From the footage, clearly the bus driver had a beef with the pick-up truck as he drove up beside the truck and started pointing finger. 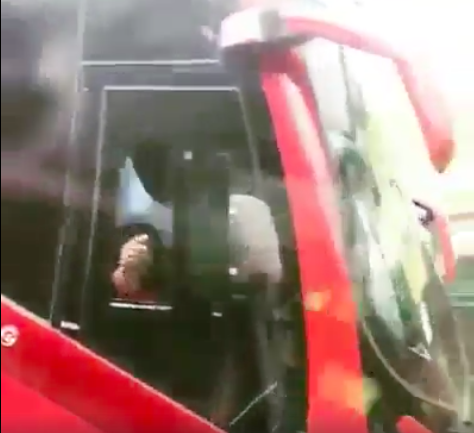 After watching the footage, netizens were infuriated by the fact that the bus driver risked his passengers’ lives just to seek revenge.

“This type of driver who seek vengeance is endangering the lives of his passengers, the victims and the other motorists. The footage itself is enough to put him behind bars,” a netizen said.

“In many other countries, motorists honked to alert you. But in Malaysia, honking others mean picking a fight with them. We have first class infrastructure, but third world mentality,” another netizen commented.

It’s true that every story has 2 sides and we shouldn’t jump to conclusion without hearing the story from the bus driver. But then again, the footage itself says a lot about the bus driver, isn’t it?

So guys, just be courteous on the road because getting into an accident for some petty matters is just not worth it. 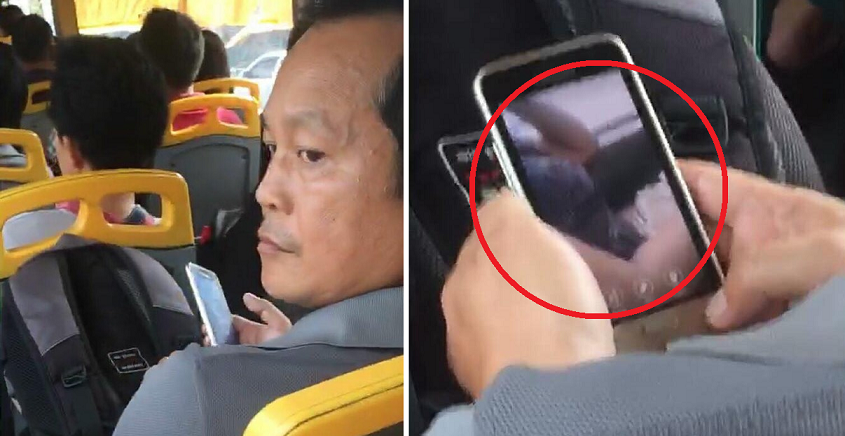