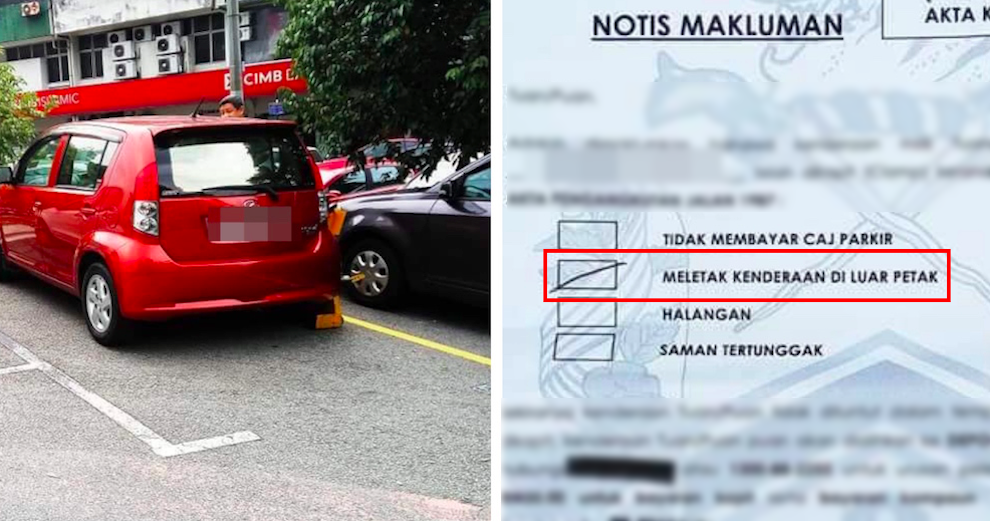 Attention, KL drivers! Looks like you need to pay extra close attention the next time you park your car in a public area!

In a post that was shared to a local Facebook group, a netizen said that she was fined by Kuala Lumpur City Hall (DBKL) despite parking in a parking spot with white lines. She had parked her car near The Store in Sri Petaling. 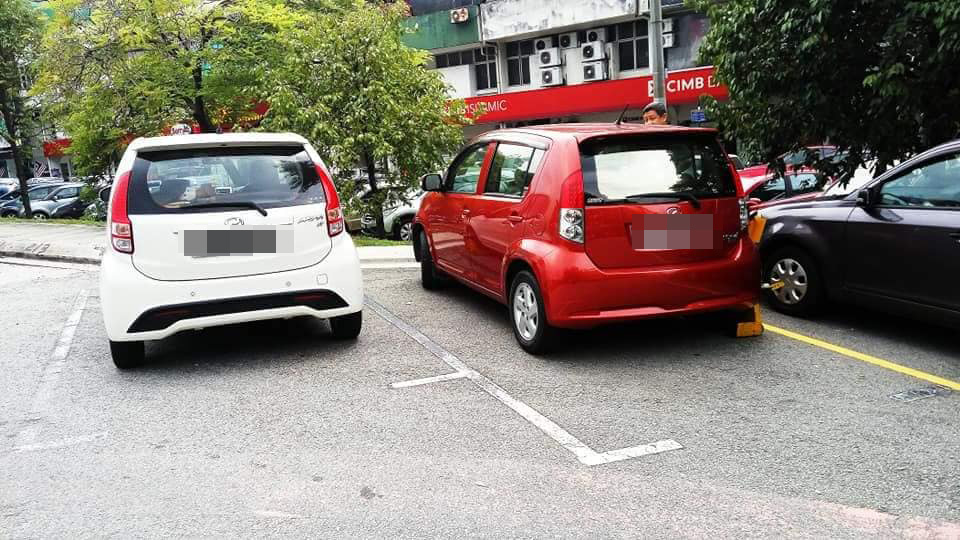 The netizen showed photos of her clamped car despite parking in what looks like a designated spot and paying the required parking fee. In the ticket she received, the netizen was summoned for “parking outside of the parking space” and fined RM100.

According to the netizen, the car that was parked in the other white spot next to hers was also reportedly clamped. 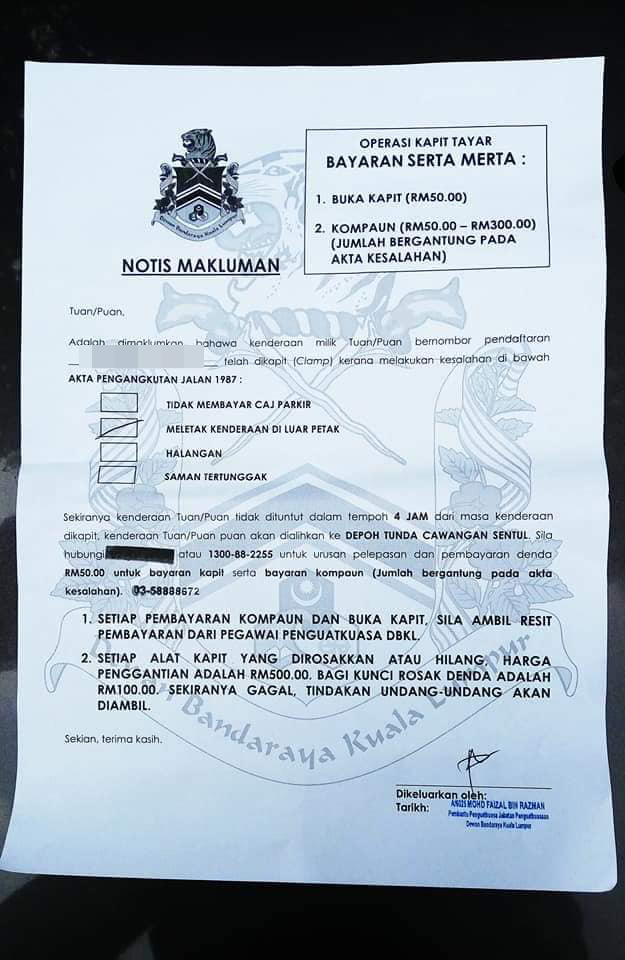 “This is a trap and people will definitely get their cars clamped if they park here. They should paint it in black to erase the white lines.”

Responding to a commenter, the netizen said that prior to paying the fine, she had asked the DBKL officers when they had changed the colour of legal parking spots to yellow. One officer allegedly replied, “We don’t know when this changed, but now we know that you should not park in white parking spaces.”

Some commenters think that the white lines were already painted black a while ago, but faded over time.

However, some think that DBKL has no right to issue the summon for vehicles parked in white spaces, as they are privately owned.

As for what DBKL has to say about this, they have yet to release a statement to clarify things, so stay tuned for more updates!

What do you think about this? Was the driver unfairly summoned? Let us know in the comments below! 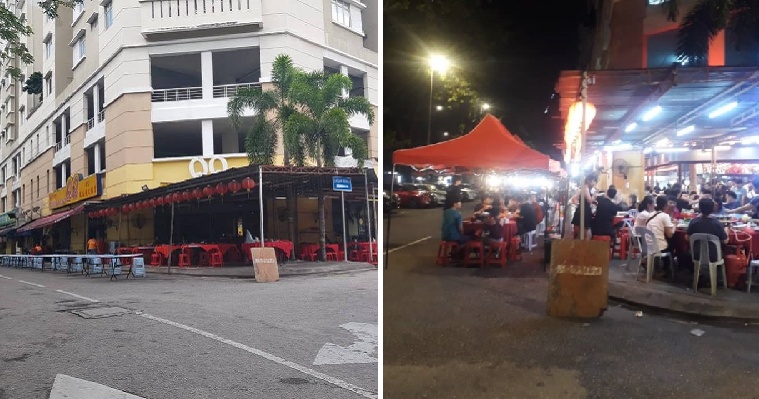