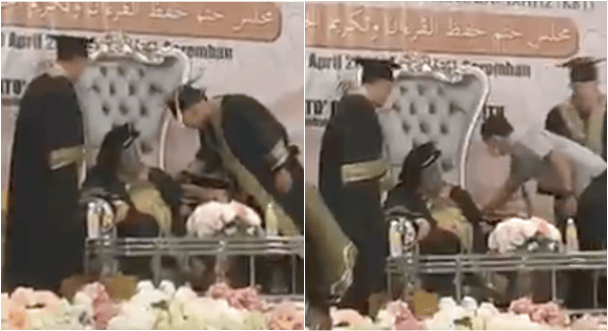 Deputy Works Minister Datuk Eddin Syazlee has apologised for falling asleep at a ceremony he attended on Saturday. As reported by Sinar, his Special Officer, Farahiah Zubir clarified that Eddin Syazlee, who is also the Member of Parliament (MP) for Kuala Pilah was too tired and unwell during the ceremony.

Even though he was tired, the deputy minister still insisted on going to the event to fulfil the invitation by the organisers. At the ceremony, Eddin approved the installation of air conditioners for the hall of Sekolah Menengah Sains Kuala Pilah and also helped the school procure buses for its students.

This apology was prompted by a video showing Eddin Syazlee falling asleep while attending the 5th Al-Quran Concluding Ceremony and Huffaz Graduation Ceremony of Kuala Pilah Science Religious Secondary School in Seremban which had gone viral on social media.

What do you guys think of the incident? Share your thoughts with us in the comments! 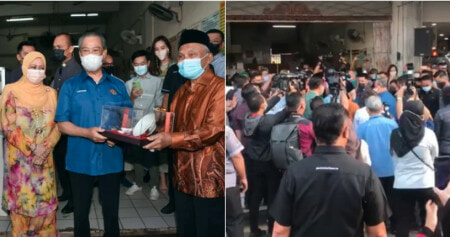