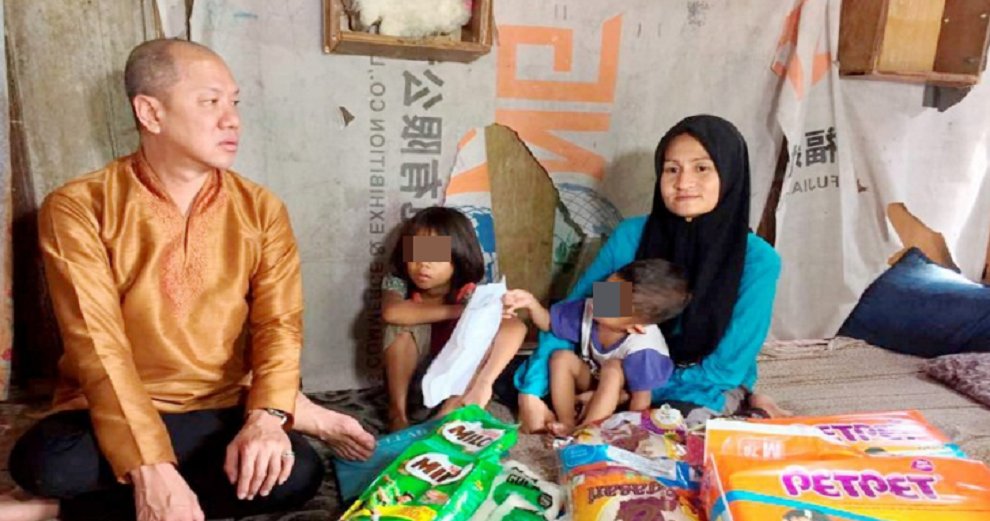 This is so heartwarming, and just in time for Raya too!

A single mother’s plight was recently made public in an article published by Harian Metro earlier in May. Norlida Mohd Noor, 32, from Kota Bharu had reportedly divorced her husband about a year ago, and has since struggled to support her six children.

Her oldest son, 14-year-old Faris Daniel Zul Azli was even forced to stop his education so that his three siblings, Firdaus Daniel, 13, Nuraishah Damia, 8, and Nursuci Mutiah, 6, could take turns to go to school. Norlida’s two youngest children, who are 4 and 2 years old respectively, are looked after at home.

Instead of going to school, Faris works as a cleaner at a car wash and is paid RM100 a week, while his school-going siblings often go to class without any pocket money. 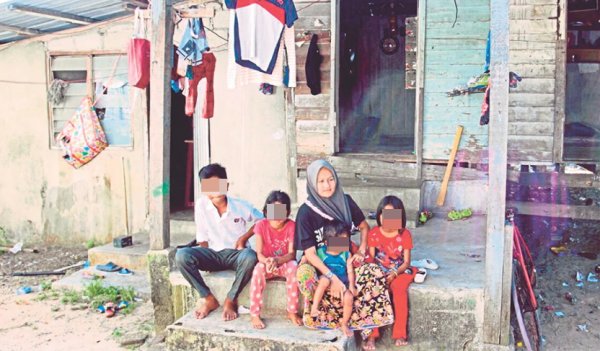 His mother on the other hand, was forced to stop working. She told the daily,

“I used to work as a janitor at the Sultan Ismail Petra Airport for RM700 a month, but I was forced to quit about 5 months ago because I was not able to care for my two youngest children, who are still being breastfed.”

“While I was working, my second and third child helped take care of their two youngest siblings, but on one occasion, my two-year-old somehow managed to run out of the house and play on the main road under their supervision.”

“Because of that incident, I decided to quit and look after my youngest children full-time. Now, I depend on aid money from the Social Welfare Department (JKM), which is about RM300 a month.”

Not long after the article was published, an affluent businessman, Datuk Seri Sunny Ung came across news of Norlida’s and her family’s struggles and was heartbroken at what they had to go through. According to the New Straits Times, he decided to do something to ease their burden, and visited their home in Kota Bharu with food and other necessities, and promised that he would help them in any other way he can. 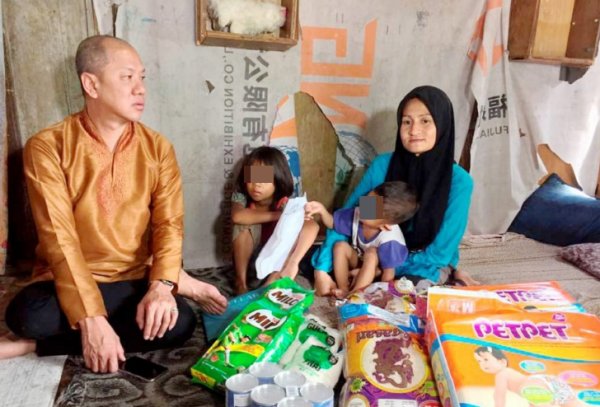 He told the daily,

“I was really shocked to read about 32-year-old Norlida Mohd Noor’s problems. I could not believe there are people living like this in Kota Bharu.”

“There are no words to describe how happy we are. We can only pray to God to reward Datuk Seri Sunny for his generosity.”

We commend Datuk Seri Sunny for his selfless donation, and hope Norlida and her family get the necessary help they need to get back on their feet! 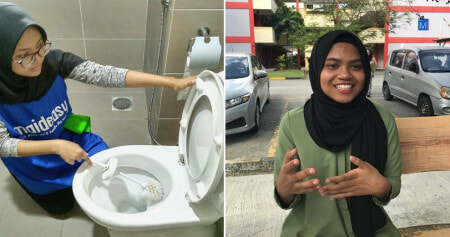