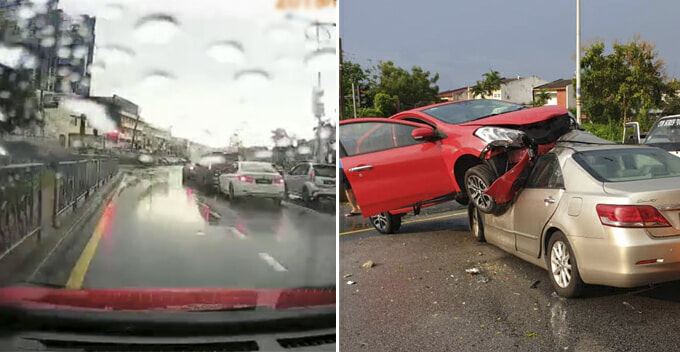 Just hours ago (12 April), a netizen shared a shocking accident that sent a Perodua Myvi flying across a T-junction and partially landing on a parked car. This incident took place just right in front of the GSC office near Atria Mall in Petaling Jaya.

Based on the 35-second dashcam footage shared by Chan Brothers, the Myvi had just pulled out from the traffic light and for some reason, the vehicle started accelerating despite the roads being narrow and wet. As it was approaching the junction, the car was believed to have lost control and flew across the road before landing on a Toyota Camry.

The passenger side of the Camry was severely damaged and a tow truck had to be called in. Here’s the video.

At the time of writing, the real reason why the driver had sped up on a wet and narrow road is still a mystery with many netizens throwing speculations around. Some say it has something to do with the accelerator problem while others reckoned the driver was suffering from some health complications. We can’t confirm anything at this time.

Judging from the pictures and videos, both cars would cost a bomb to fix if the owners decide to do so. Let’s hope it’s not a case of total loss for both of them! 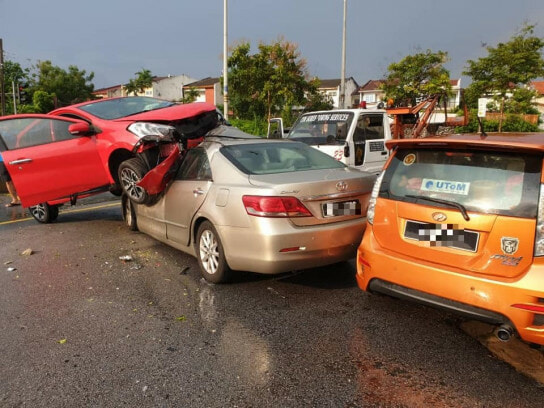 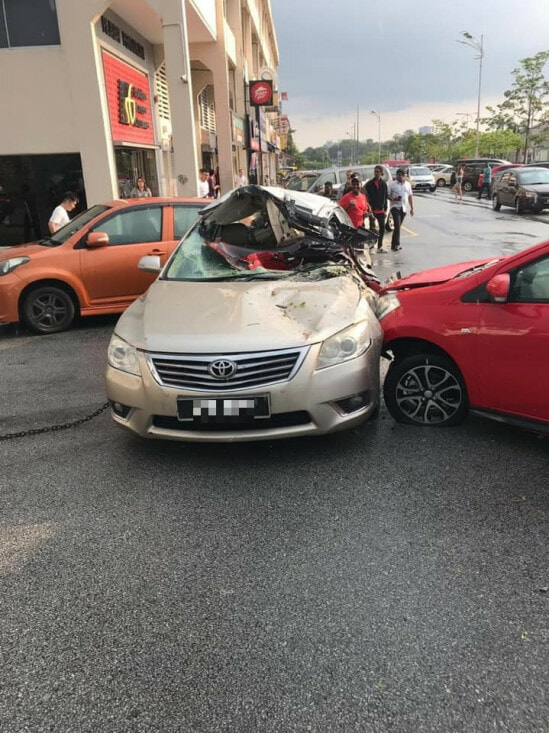 So guys, drive responsibly and be safe on the road! Hopefully, no one was hurt in this accident. 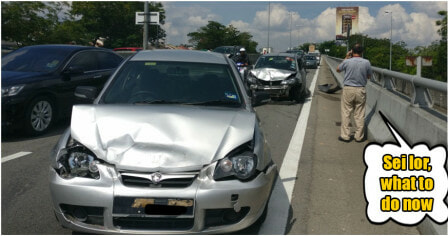