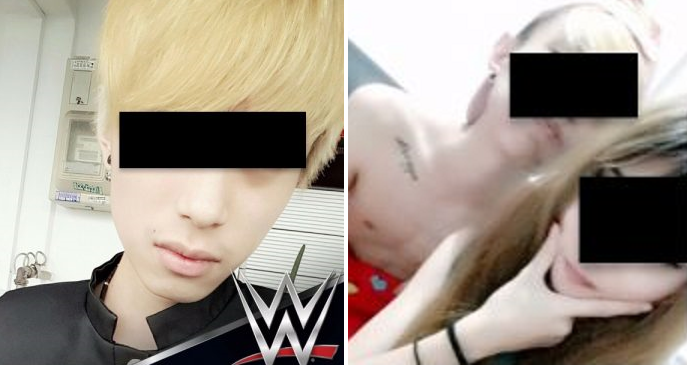 Everyone wants a loving partner to take care of them and love them. Who wouldn’t want romantic date nights and long walks on the beach together right?

Well, a Singaporean male known as Wen Hong definitely wanted a girlfriend to love and care about him.

The guy was in a relationship for 2 years, but turns out, this ‘relationship’ was never real at all! 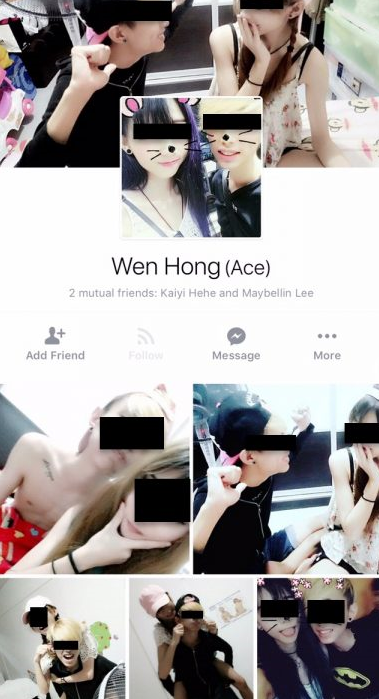 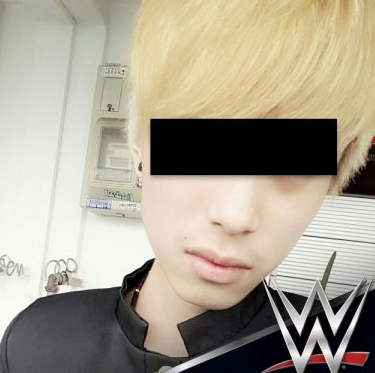 He was so desperate for a girlfriend that he went to the extent of creating a fake profile for his non-existent girlfriend.

P.S, the girl with him in his profile picture isn’t Chiang, she is one of Wen Hong’s actual friend.

Mothership reported that Wen Hong had stolen pictures of a girl named Chiang from her social media. He then made a whole new Facebook page using the same name.

“The purpose of this post is to let others know Wen Hong was impersonating me as his “girlfriend” for 2 YEARS.

What seriously creepy about this guy is that he would use the fake account to post ‘lovey dovey’ exchanges. 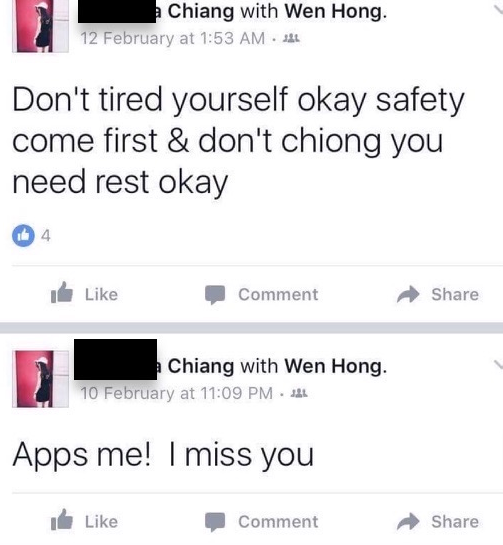 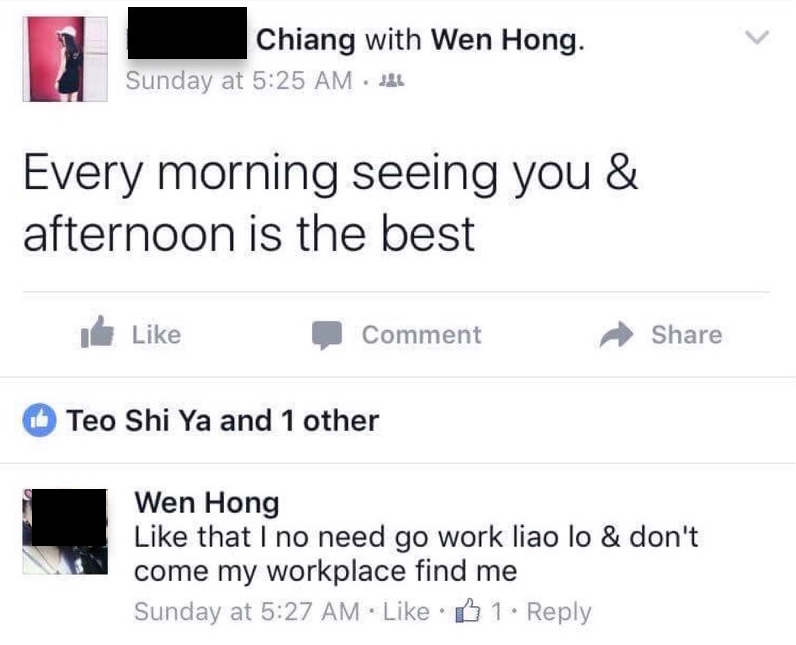 Yes, this went on for TWO YEARS before the real Chiang noticed it!

One of Chiang’s friends notified her about this and of course she retaliated by posting about the situation on her own Facebook.

Worst of all, Chiang even confronted Wen Hong and demanded a good reason as to why he did such a thing. But the creep replied with very little remorse and didn’t even give her a good answer. 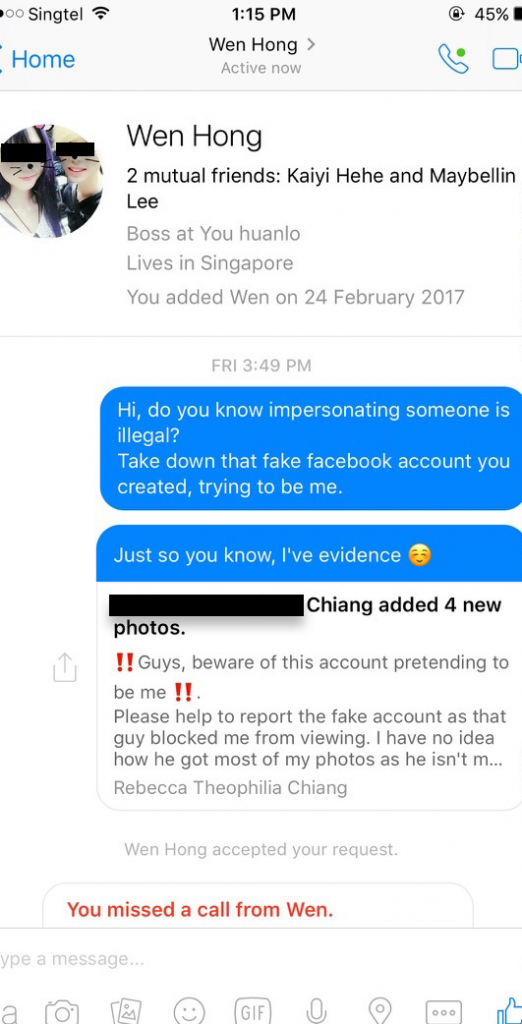 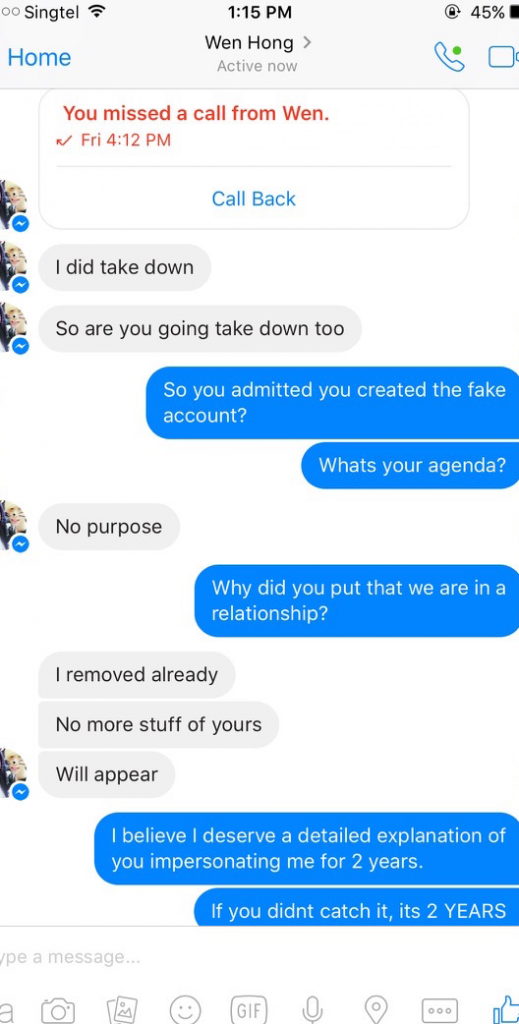 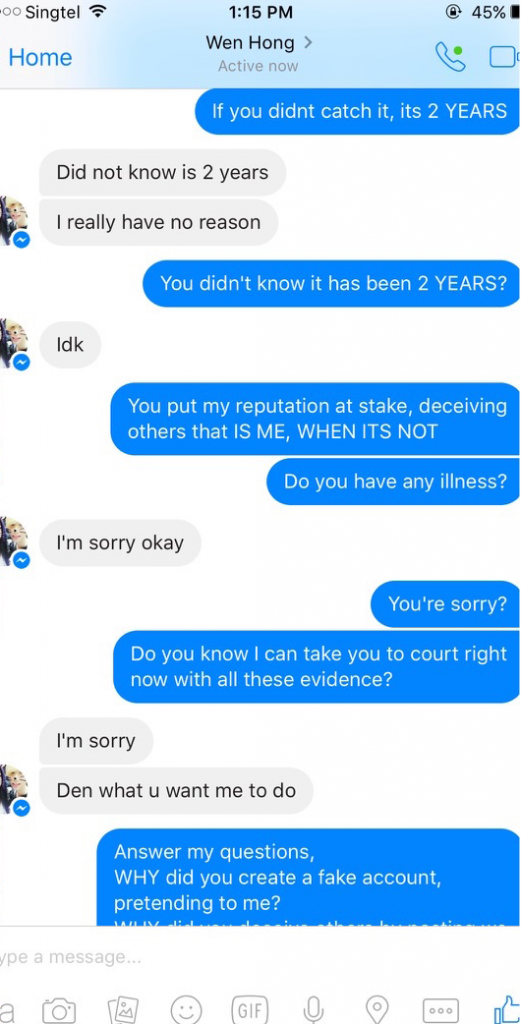 Basically, he didn’t want to admit he is pathetic creep lah…

The horrid guy even dared to tell her to take down her warning post after giving such a lousy apology. And he actually asked him to trust him that he will not do this again. 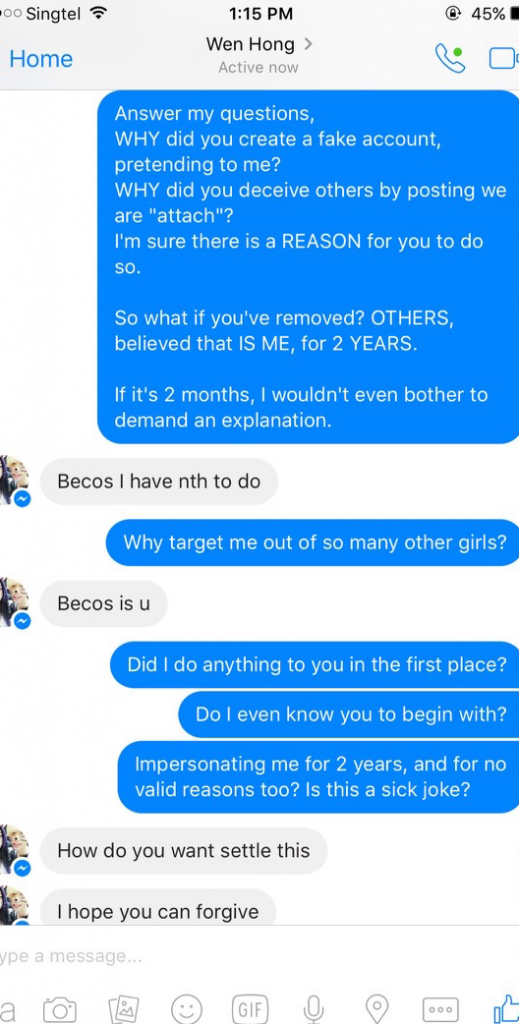 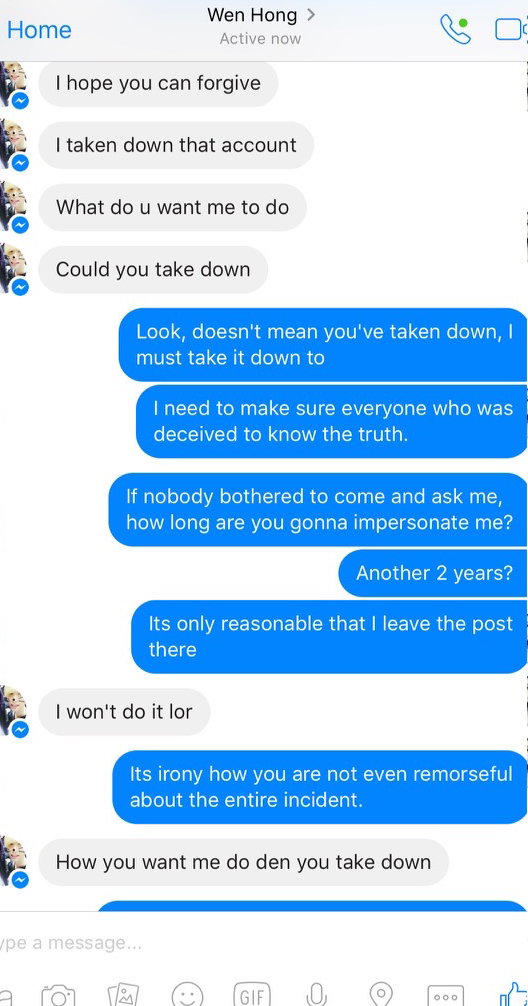 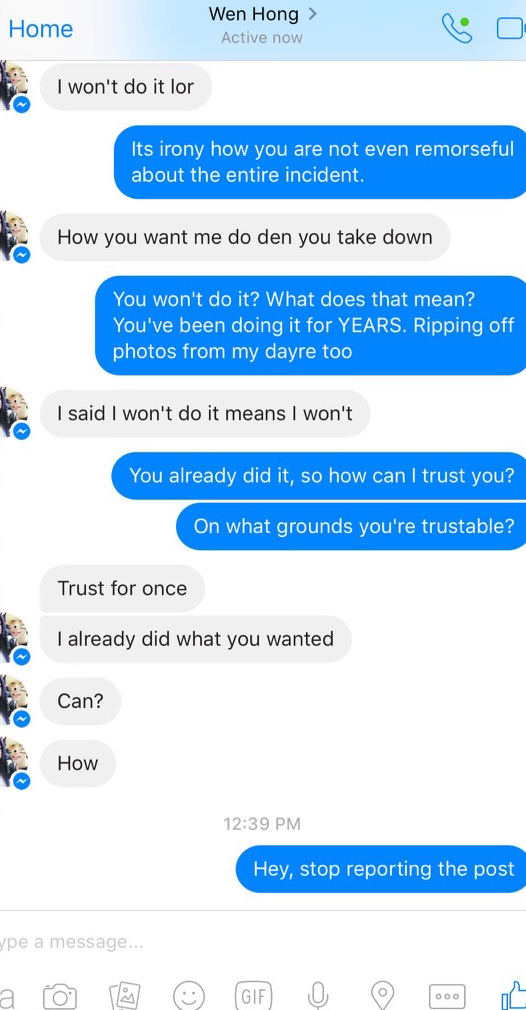 Weirdly, this isn’t the first case of a guy creating a fake Facebook account of to pose as his girlfriend. Before this, one Filipino had stolen pictures of a Malaysian girl to create a fake relationship.

The biggest twist of that story was that the guy had an ulterior motive unlike Wen Hong! 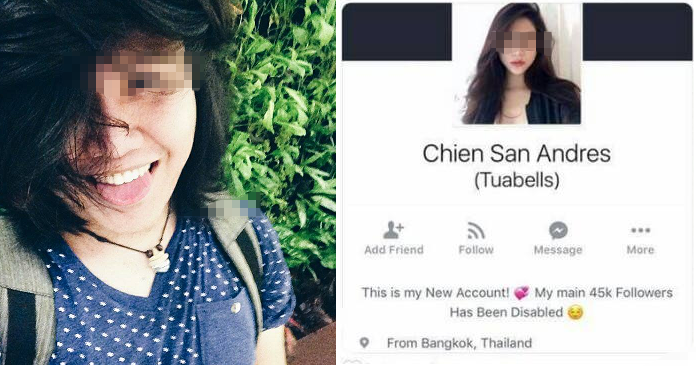