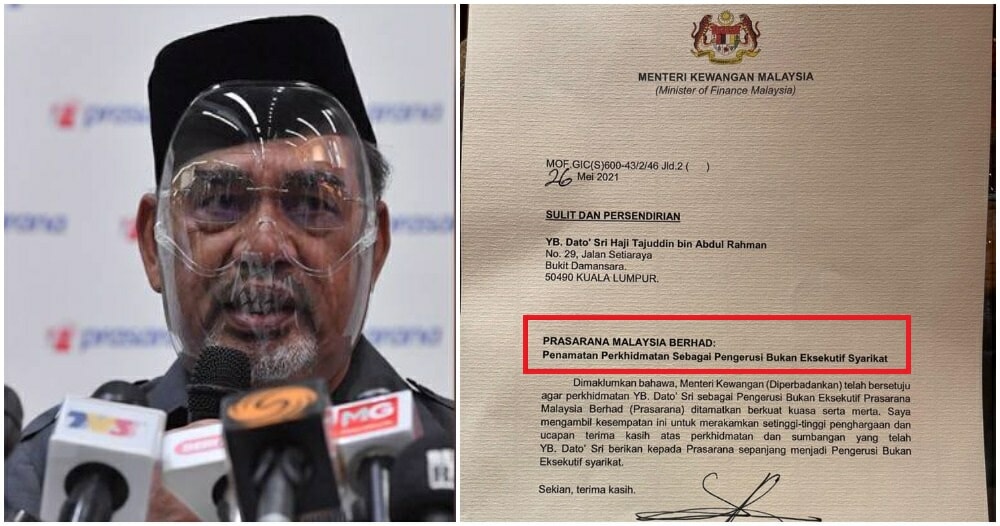 Perhaps the petition made some rounds?

Datuk Seri Tajuddin Abdul Rahman’s services as the Chairman of Prasarana Malaysia Bhd has been terminated effective immediately. This comes after a letter from the Ministry of Finance signed by the Finance Minister, YB. Senator Tengku Zafrul Abdul Aziz dated 26 May went viral all over social media. 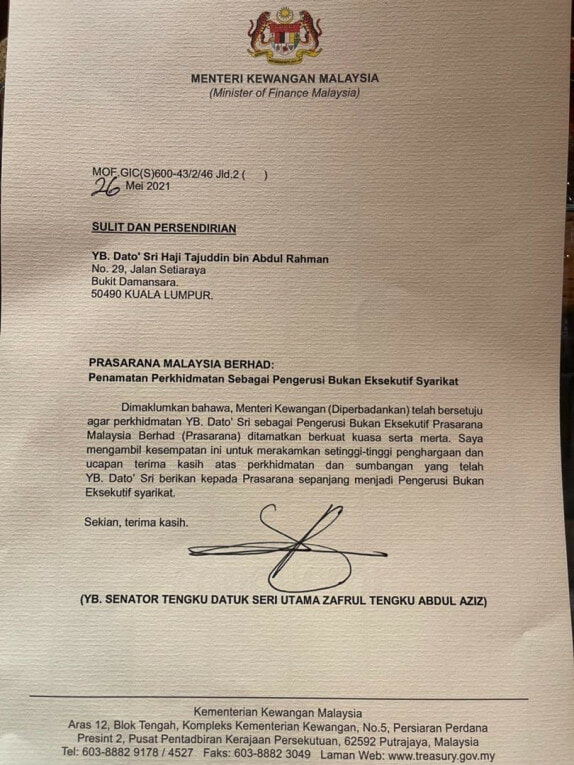 “It is informed that the Minister of Finance has agreed for Datuk Seri’s service as the Non-Executive Chairman of Prasarana Malaysia Berhad (Prasarana) to be terminated with immediate effect,” stated the letter.

According to Astro Awani, this matter was also confirmed by internal sources close to the ministry. WORLD OF BUZZ has also received confirmation from sources at the ministry that Datuk Seri Tajuddin’s services has indeed been terminated but with no additional information regarding the issue for now. 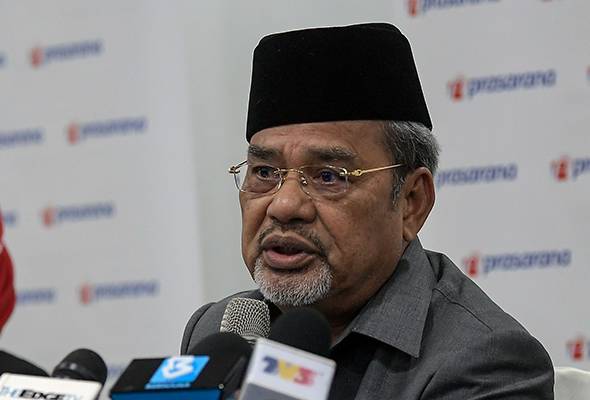 The termination also comes after close to 140,000 (at press time) people signed a petition in less than 24 hours calling for Tajuddin’s resignation as Chairman of Prasarana.

Tajuddin was appointed Chairman of Prasarana effective 11 May 2020 after replacing former Chief Justice of Malaya, Tan Sri Zaharah Ibrahim, who resigned on 7 May 2020. 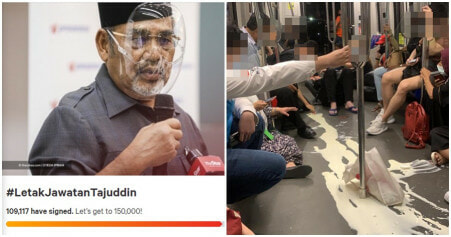