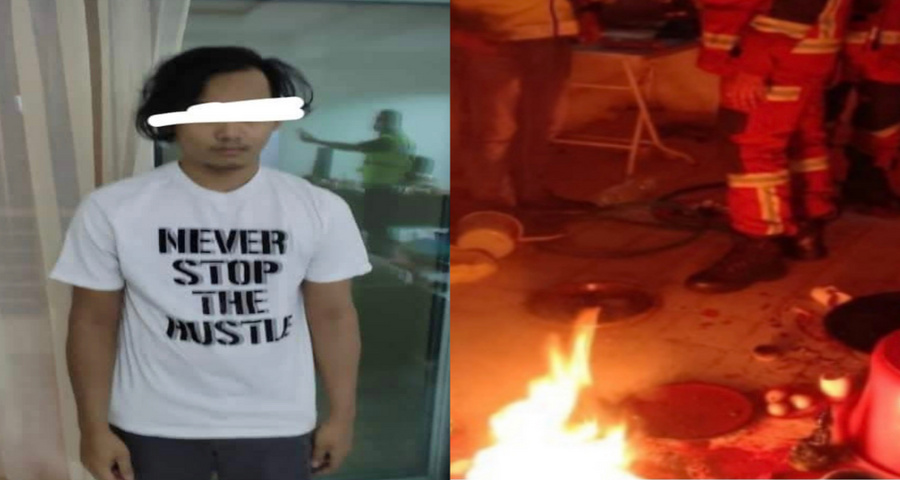 Taking place at an unknown apartment building, a young shaman was caught sending black magic envoys to his victims.

The whole incident happened unintentionally when neighbours in the surrounding area thought that the apartment block the shaman lived in was on fire.

Boy, were they wrong.

In the video, the shaman can be seen shirtless and circling a fire. Clearly the site of the flames would prod anyone to give a holla at the Fire and Rescue Department.

When the authorities arrived, they found out that the fire was intentional, with something sinister being the root of the problem.

Bowls of blood, entrails, eggs and a large bonfire were found on site. Clearly the makings of black magic was underway before the authorities arrived.

Not only that, they also found pictures of would-be victims, and there are quite a number of them lying around.

Police have since apprehended the culprit, still in his early 20s and investigation is currently underway.

Let’s hope that the authorities sort this out, and hopefully no one has become the victim of this shaman. 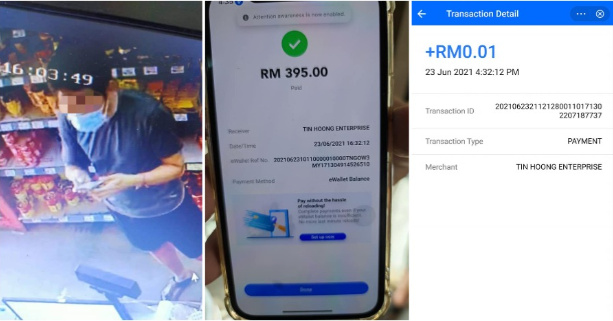