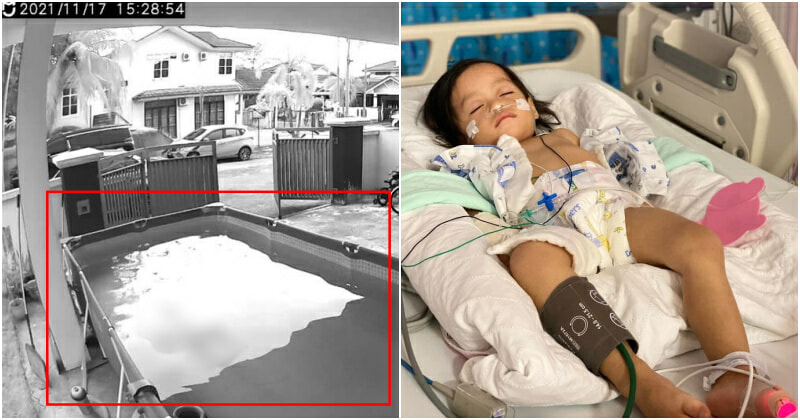 “5 minutes is enough to change your life.”

Recently a father of a 2-year-old child reached out to WORLD OF BUZZ to share his life-changing experience with a portable pool. 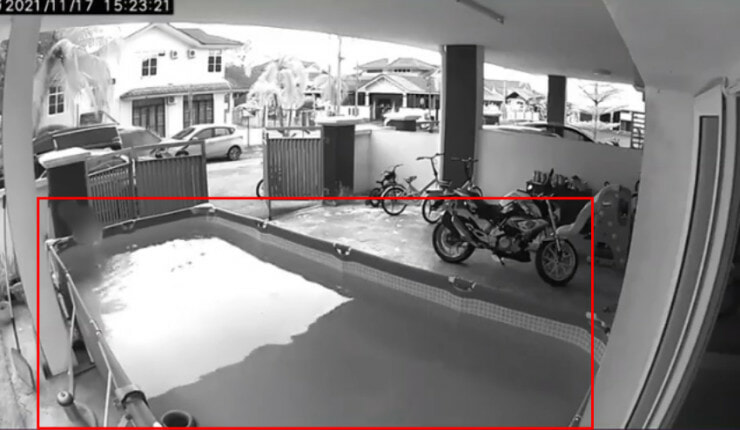 While Abdul Rahim and his wife Atikah Mohd Ramzan were in the house, at about 3.20pm Alita walked out to the porch to play. She then takes a chair, stands on it and plays with the pool water. Alita accidentally slips and falls into the pool.

Five minutes later, the couple’s eldest son goes to the porch to play. He immediately sees his sister drowning and rushes into the house to alert the parents. 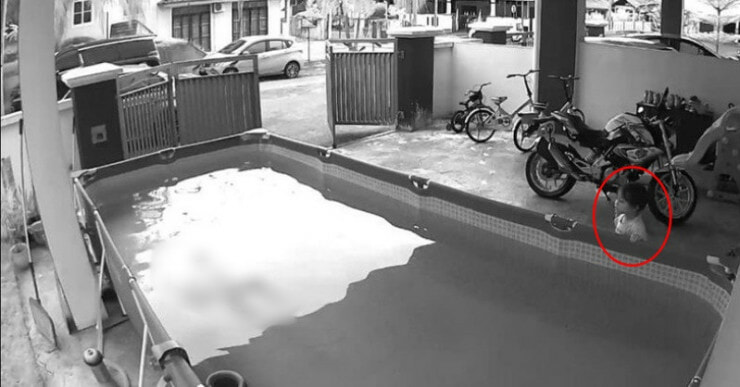 Atikah who is a former nurse in PPUM, is very well versed in CPR. Abdul Rahman told WOB that he was frantic thinking that he lost his youngest baby. He said Alita’s body was stiff and not responsive.

“Have to say I felt she already passed away.”

However his wife was calm and composed. She knows it is important to be calm and collected during an emergency. She then performs CPR on Alita who had drowned for 5 minutes AND who miraculously survives.

Alita was then sent to the emergency department of Hospital Raja Permaisuri Banun (“HRPB“). However at 10pm, she had an epileptic seizure caused by secondary drowning. Half an hour later she was moved to the ICU. 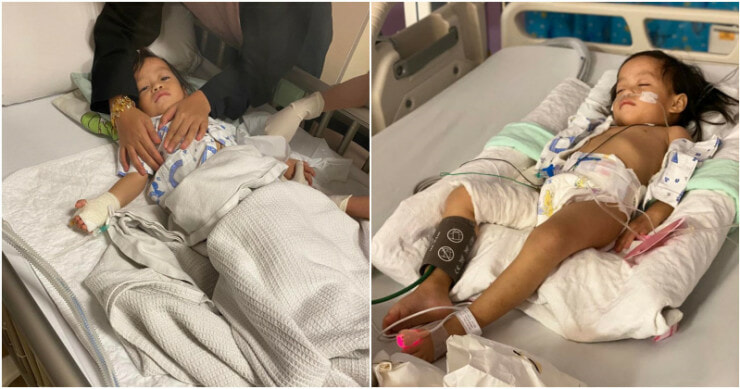 As of yesterday morning, Alita has recovered completely and is now waiting to be discharged. 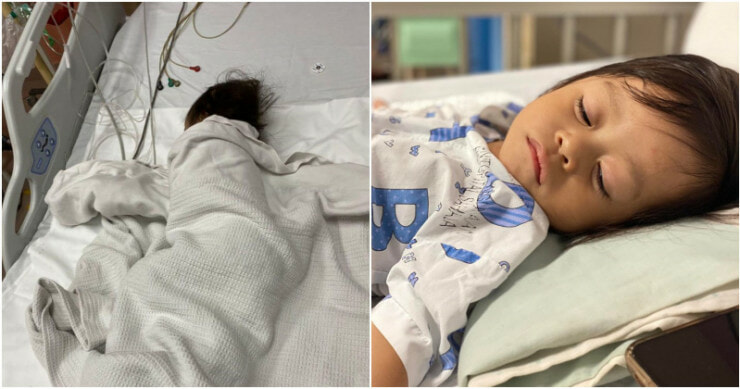 Abdul Rahman now wants to share his lesson and tips to parents who have purchased these DIY adult sized portable pools. He has also shared this incident on Facebook. 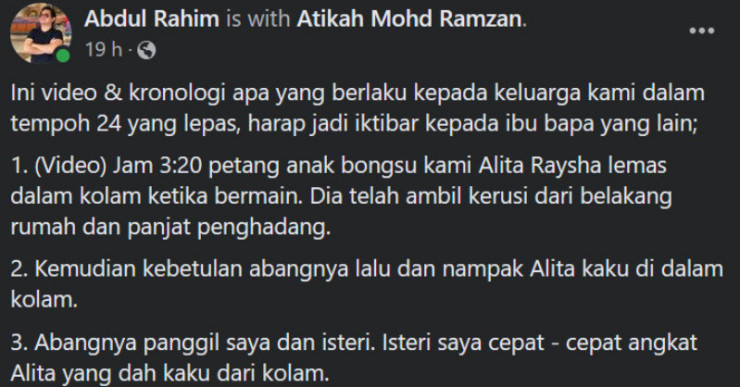 1. Don’t get fooled by the height of the pool

Abdul Rahman thought the height of the pool would make it impossible for a 2-year-old to jump in. However little did he know these smart little masterminds would even think of using a chair to access the pool! He wants parents to have MAXIMUM supervision on their kids.

Atikah is now dubbed “supermom” by Abdul Rahman and many others.

He stresses the importance of CPR after this unfortunate incident. Without CPR, Abdul Rahman told WOB that they would have lost their last born forever and would have spent the remaining of their lives regretting it. All parents should learn CPR regardless if they have a pool at home or not. As soon as you know you’re going to start a family, enroll yourselves in basic first aid and CPR classes that are easily available out there.

Abdul Rahman told WOB that he has since dismantled the pool and is planning to assemble it again only in 5 years time once Alita is older.

He also plans to give Alita swimming lessons in order for Alita to learn how to float in emergency situations. 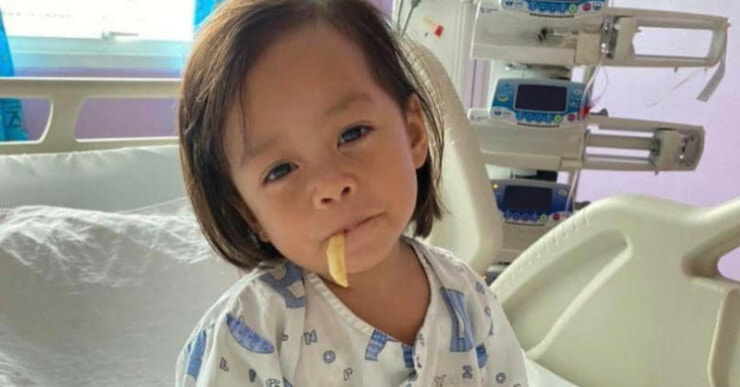 Abdul Rahman said that Alita’s two older siblings are continuously crying as they feel it is their fault that their sister nearly drowned.

“They are crying at night seeing the video and regret for what happened. They think it is their mistake. And want to do better on taking care of their little sister after this.”

Alita’s parents would also like to take this opportunity to thank the staff at Wad Kanak-Kanak HRPB. They did a very good job in handling this case.

“Wad kanak-kanak HRPB is next level. They deserve some shout out.”

Unnecessary hate thrown towards the parents

Abdul Rahman also shared with WOB that his wife is very depressed reading all of the negative comments by netizens blaming her on what had happened to Alita.

“Now I am feeling good. As my daughter back, and I can remind others about my mistake. And the best part is I can show to my wife that she is doing very good on the situation. Not all mom can do that.” 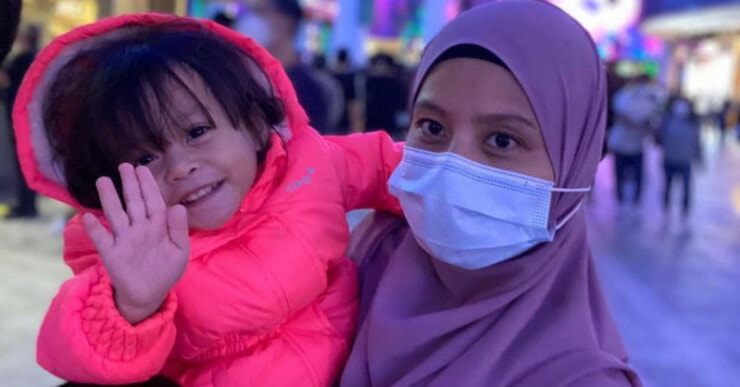 Accidents happen. They are inevitable and no parents in their right mind will ever intend for something like this to happen to their children. It is redundant to point fingers now. We just need to learn from this, ensure to never make it happen again and move on.

We at WOB would like to request to our supportive readers to refrain from any hate speeches out of respect for Abdul Rahman and Atikah. Let’s make our 2-cents a positive one. We wish them all the best and hope that they will be able to move on from this.

Watch the full video here (Warning: This video contains scenes that may be upsetting to some. Viewers’ discretion advised):

Also read: “We don’t blame her” 2yo Girl Tragically Dies After Drowning In Basin At Babysitter’s House 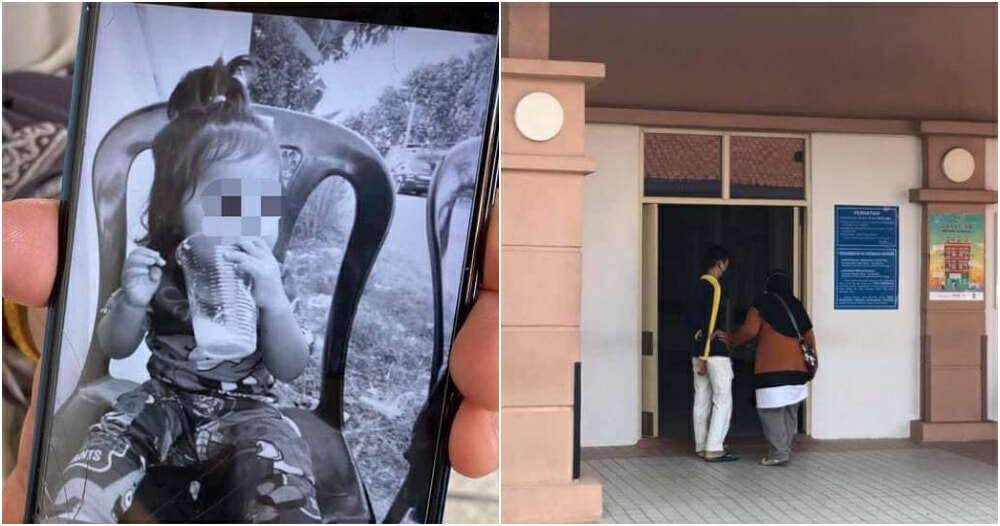