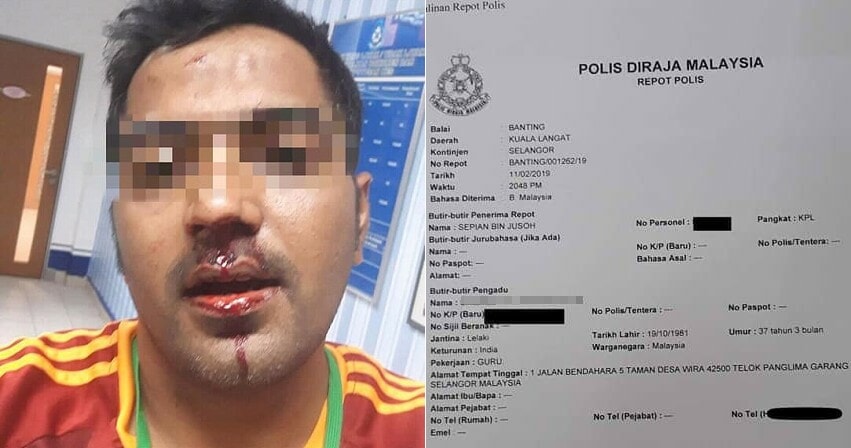 This is a bit outrageous!

Kelab Info Malaysia reported that a teacher who was allegedly dating a teenager was recently punched in the face by two men and one of the men is the girl’s uncle. Yikes!

The 38-year-old teacher reportedly works in SKJT (Sekolah Jenis Kebangsaan Tamil) Simpang Morib and according to Kuala Langat’s police chief Superintendent Azizan Tukiman, he is a counsellor at the school.

Before the dispute took place, he had actually gone to Taman Damai Morib to meet the 19-year-old girl who was accompanied by her uncle. Azizan shared that the girl’s uncle was drunk and aggressive during the encounter. 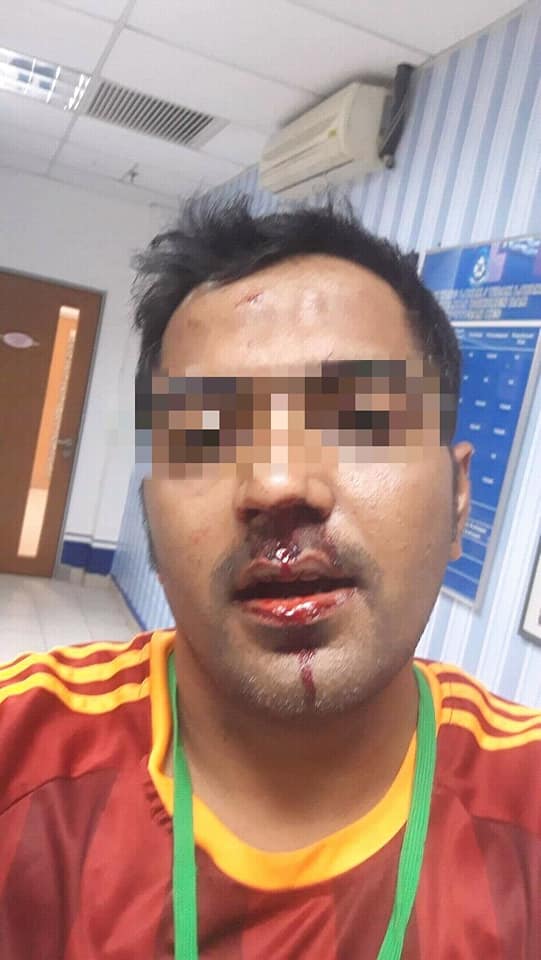 Azizan was quoted by Kosmo as saying,

“The meeting became tensed when the teenager scolded the teacher for disturbing her. When the teacher wanted to call the police, the uncle and his friend punched him in the nose until it was bleeding.”

Nevertheless, the police officer was quite shocked because the teacher ran away from the scene without calling the police. After an interrogation with the girl’s uncle, it was revealed that there was a fight which involved blackmailing.

The police are now looking for the uncle’s friend who is still at large and they believe that the dispute was caused by a misunderstanding between the teacher and the girl.

Thus, this case will be further investigated under Section 506 of the Penal Code for criminal offence and Section 323 of the same lawsuit for causing injury. 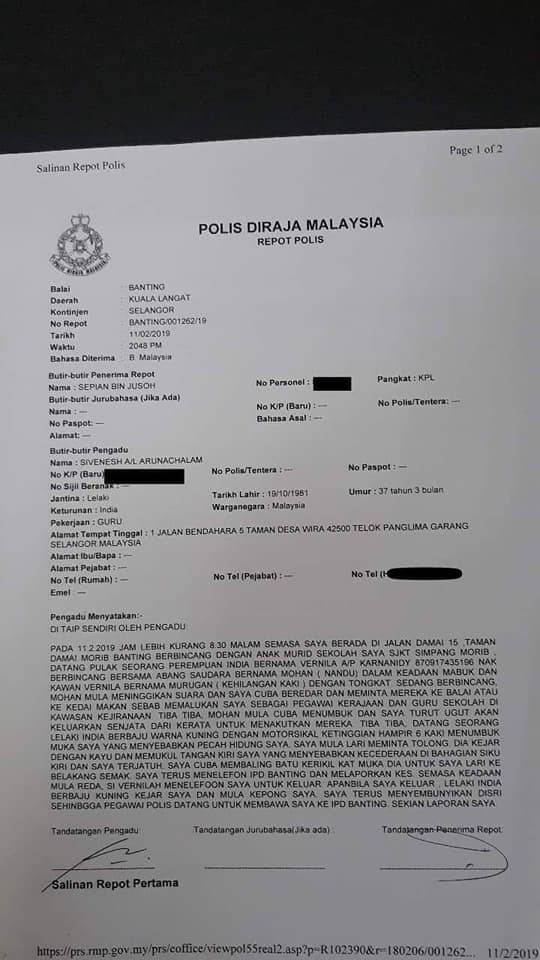 As this case went viral, the teacher has come forth and posted his statement on Facebook. He claimed that he confronted the girl’s uncle because he hadn’t been sending her to school for more than a year.

On top of that, he claimed that the case was an issue of drugs, alcohol and gangsterism but Azizan was quick to debunk that claim. On the other hand, police investigations revealed that the teacher had been receiving psychiatric treatment from hospitals in Klang and Banting since 2013.

Hopefully, the authorities will get to the bottom of this matter and find a solution to it. What’s your take on this case? Let us know in the comments below!

Also read: Concerned Teacher Shares How His Student Asked Him for Sex Via WhatsApp