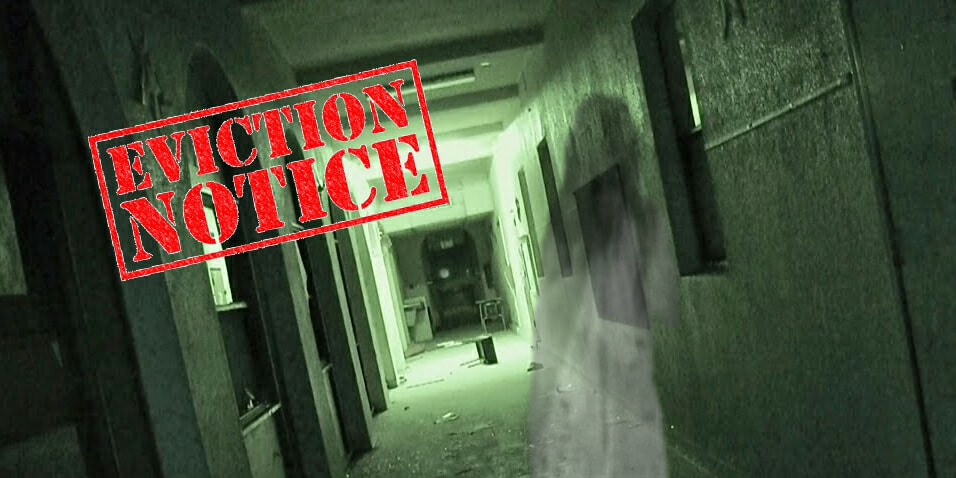 In a bizarre twist of events, authorities have issued an eviction notice to ghosts in a school located in a village of Myanmar, Yangon Coconuts reported.

Yes, you read that right.

Apparently, evil spirits have been haunting the high school to the point of possessing students. So far, about 18 students have been reportedly possessed where they vomited, cried, and hysterically screamed.

It seems that the possessions begun in August after the school expanded over a plot of cemetery land. Therefore, students believe that the threatening spiritual attack is an act of revenge for the expansion.

Local Chief Minister, Mahn Johnny with some Department of Health staff and local officials paid a visit to the school.

They spoke to the teachers and students to investigate about the possessions and spirits. After the meeting, Chief Minister Mahn Jonny read out the eviction notice which was to banish the evil spirits from the school.

“The chief minister in Shan Yekyaw village yesterday read out an order clarifying that the plot of cemetery land is now part of the school and that spiritual beings dwelling in the plot must depart,” said the local member of parliament.

On October 25th, the regional chief minister had allocated a new plot of land for the graveyards where the school took over.

Hopefully, after that eviction notice, the evil spirits will leave the school premises.