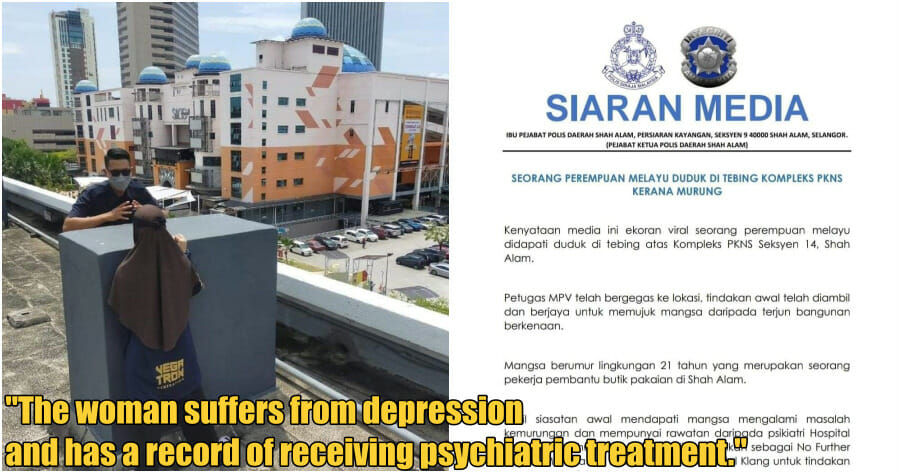 Have you ever been in a situation where anything you say can mean life or death? This is what a policeman faced when he was called to stop a Malaysian woman from a suicide attempt.

A policeman’s ‘powerful’ words recently saved a woman who looked like she was contemplating suicide from the rooftop of a shopping complex building in Shah Alam, Selangor.

According to Harian Metro, the incident was said to have taken place at noon on 22 May 2022. The policeman took about 15 minutes to dissuade the woman from proceeding with her plans of jumping from the building. 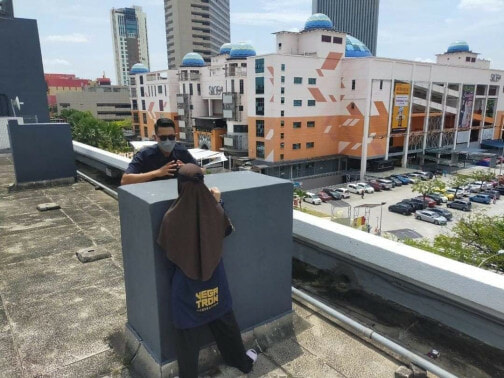 Before the police arrived

The incident was first noticed by the public at around 2:15pm when they were shocked to see a woman standing alone on the edge of the rooftop of the said building.

“Police took 15 minutes to dissuade the 21-year-old woman before taking a further 1 hour to bring the victim down to safety.”

In a statement released by the Shah Alam District Police Headquarters, the woman is said to be working as a clothing boutique assistant. 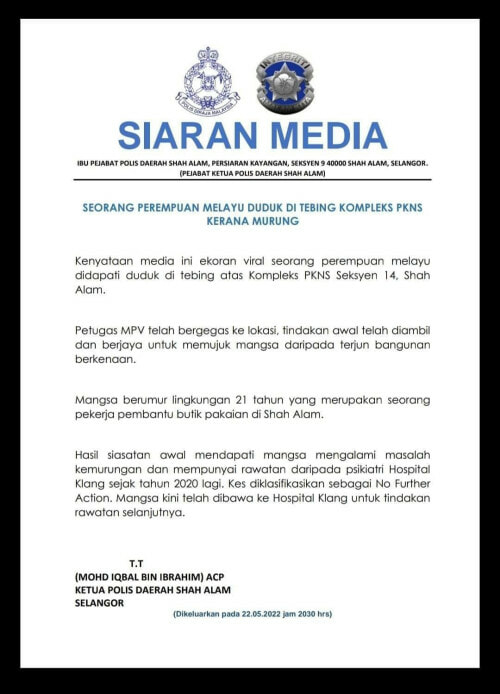 Preliminary investigations found that the woman suffers from depression and has a record of receiving psychiatric treatment at the Tengku Ampuan Rahimah Hospital (HTAR) Klang since 2020.

The case has been classified as No Further Action (NFA) and the victim has been brought to HTAR for further treatment.

If you or someone you know is struggling or feeling suicidal, you are not alone. You can contact The Befrienders KL at 603-76272929 at any time of the day for emotional support.

We sincerely hope she gets all the help needed and feels better soon. 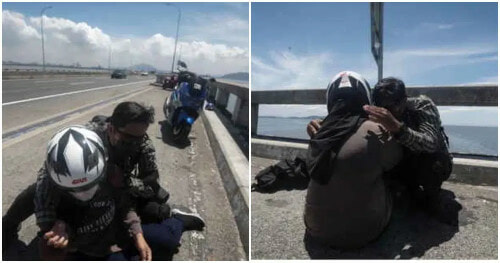