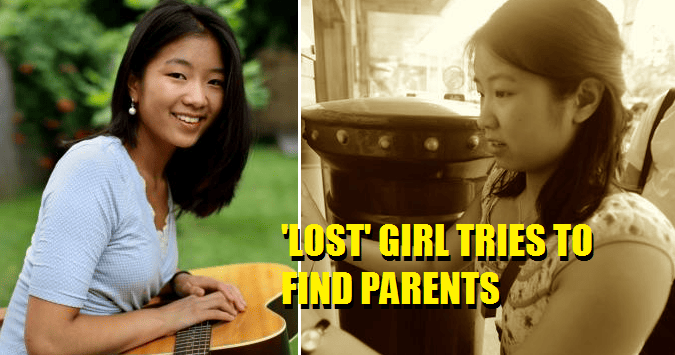 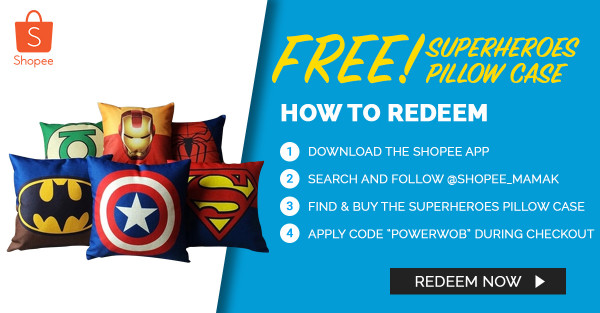 “Have you seen this before?” a woman asked me. “Do you recognize this cloth?”

“We already had three girls,” she explained. “We needed a boy. We were too poor. I saved up money for the cloth, and I spent a month hand-sewing you a little baby suit and matching hat. After 50 days, I abandoned you by a bridge.” But she used the Chinese word for “lost” instead of “abandoned.”

“I dressed you in the new clothes for good luck. I kept this scrap for 20 years to remember you. My little baby, you must have seen this cloth before! You must have the matching clothes?” No, I shook my head. I had never seen it. Her face fell and she began to sob.

This was the summer of 2012, in the oppressively humid, industrial city of Wuhan, China.

I grew up in Massachusetts and had returned to Wuhan with my adoptive mother in search of my birth parents. I felt I owed it to my birth family to try to locate them; but most of all, I owed it to myself. I never expected that the search would attract an outpouring of media attention; bring forward dozens of families, all claiming that I was their lost daughter; and uncover a nationwide pain, forged over decades, with which the country is still reckoning.

I wanted to search because I felt that going through the process — regardless of the result — would be a release.

I appeared on my first headline titled: “Dad, Mom: I really hope that I can give you a hug. Thank you for bringing me into this world.” Within weeks, the story of my search had gone viral. State broadcaster CCTV made short documentary films for its programs, regional television programs covered it, as did video sites and Internet portals. My following on the microblog platform Weibo quickly reached hundreds of thousands.

Then there were the emails I received from Chinese people in every province, including the western regions of Xinjiang and Tibet, as well as overseas Chinese living in Canada, Australia, the Philippines, Germany, and the U.K. Some wrote to wish me good luck or to encourage me to “never give up,” while others wrote that I should be thankful to my American mother and stop wasting my time.

Some messages hinted at the deep pain surrounding the relinquishment of children. A college student wrote to tell me about finding an abandoned infant on a street, but his parents wouldn’t let him take her home. A woman in her 30s wrote that she remembered her parents abandoning a sister in the 1990s but was afraid to ask them about it. One person composed a song called “Dandelion in the Wind” and sent me an MP3 recording, lyrics, and sheet music. 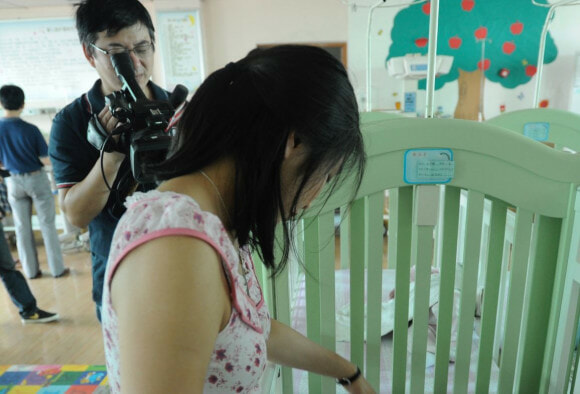 I believe my story resonated with the Chinese public because so many have relinquished children.

During my search, I met with over 50 birth families – each of which had left a baby on one single street in Wuhan in March 1992.

They have done so for varied and tangled reasons, from the one-child policy to the desire to have a son; from poverty to teen pregnancy; or from a child’s or family member’s disability. Although it is impossible to pin down the number of relinquished children, it is safe to assume that it is considerable. From 1992 to 2013, according to one estimate, 139,696 Chinese children were sent abroad for international adoption. The Chinese government reports 494,616 total registered domestic adoptions within China from 2000 to 2013 alone, excluding informal domestic adoptions.

In 2012, when I visited a long-distance bus station close to the street where I had been abandoned, I asked one of the older workers if she remembered finding a baby nearby in March 1992. She sighed and recalled that, “back in the day,” she and her coworkers found abandoned babies in the station all the time. A retired policeman from the nearby police station agreed, saying abandonment was so common in that era that authorities would not even bother recording them.

Chinese people often assumed that by searching for my first family, I was hurting my American mom.

As one Chinese grandmother explained to me recently, “You are very strange. Over here, only kids who are not doing well will want to search for their birth parents. Your adoptive mom treats you well. You went to a good school. You are healthy and happy. Why do you need to search for your birth family?” 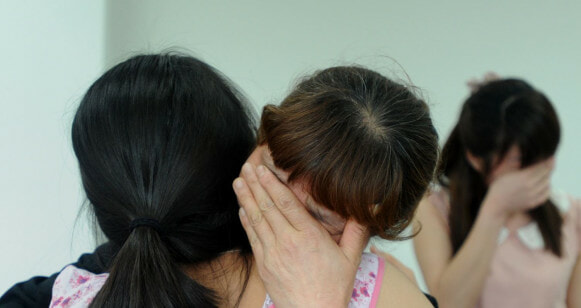 To date, I haven’t found my birth parents, so I don’t know what drove them to leave me on that Wuhan street in 1992.

But I can attest that the 50 or so birth families I did meet felt deep and tangible pain. They threw their arms around me and wept. They bowed and begged to be forgiven.

The encounters made me question to what extent birth parents “abandoned” their daughters in the traditional sense of the word. All of the families emphasized choosing a safe location where their daughter would be discovered quickly and taken to safety, and many parents left her with notes and special clothes in the hope that these tokens would help them find her later.

One family wrote the daughter’s birth date on a piece of unrolled cigarette paper, saying, “It’s all we had.” Another family named their child after the parents’ two hometowns in the hope she would grow up knowing where to find them. Some mothers sewed clothes with distinctive patterns, like the one with blue and red checkers that the hopeful mom showed me.

When I asked the birth families why they wanted to reunite with this missing daughter, they told me that they missed her and wanted to know if she had survived. One father’s eyes began to water as he told me: “In my wife’s heart she really wants to find our daughter. Everywhere we go, she’s always thinking, ‘Maybe that’s her!’” Another father told me: “I just want to have a look and know if she has a good life now. I don’t need anything else. I don’t want to disturb her new life.” And a mother from a different family said, “I won’t feel guilty anymore as long as she is doing well.” 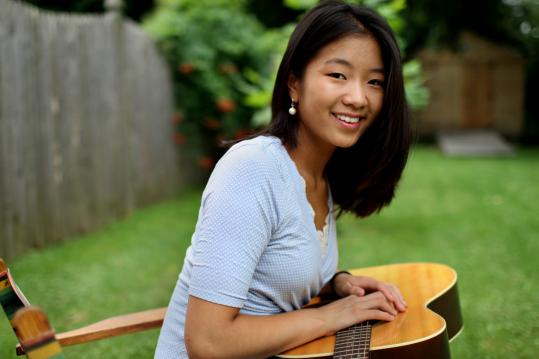 In meetings like these, we each — the birth parents of missing children and I — came to represent the other’s absent part.

Parents would sob, “I’m so sorry. Do you forgive me?” and I would reply, “I forgive you. I forgive you,” as if on behalf of the birth daughter they might never again see.

I also found myself projecting my feelings onto these families. I finally had the chance to say, “For 20 years, I’ve never forgotten you. Do you remember me?” I heard them reply, “Of course we remember you.” I asked, “If I had cried less, if I had been more beautiful, would you have kept me?” They said, “You were the most beautiful baby. How we have missed you.” The way we held and soothed each other — we did not share the same blood, but we understood two sides of the same pain.

Nearly four years later, these encounters still haunt me. I keep in touch with some of the families via text message and the mobile app WeChat, but we usually simply wish each other “Happy Chinese New Year” when the time comes around.

In the summer of 2015, I met up for lunch with a birth family I’d first met in 2012. They still had not found their lost daughter. After hugging me goodbye, the mom gripped my arm. “Promise me you’ll never give up,” she cried. “Promise me you’ll always keep looking for your family. Promise me you’ll do everything you can to find them.” I wanted to say that I was ready to put searching aside for a while. My story is on the Internet. If my birth parents and I are destined to meet again in this life, then we will.

But in that moment, I couldn’t bring myself to say any of this. I glanced at the man standing next to her — the man who could have been my father — and I saw the same desperation in his eyes. They needed to hear that their own daughter would keep searching, just as they were. Standing in front of them, for that one moment, I spoke for her.

The journey is a heartbreaking one that us who are fortunate should be glad that we don’t have to go through the same thing. We must never take our moms for granted.

If you think your mum is your superhero, then here’s something SUPER amazing for you!

Shopee this Mother’s day wants you to show love to your mom! From giving out super massive discounts to redeeming FREE items, our one and only Shopping Superhero, Shopee strikes again!

This time, up until the 8th of May, they’re giving away Superheroes Pillow Case for FREE to all first time users from World Of Buzz during this period. Now isn’t that SUPER-awesome!? The best part is, its completely free and you don’t even have to pay for shipping!

All you need to do is basically these 3 simple steps:

Step 3: Insert voucher code “POWERWOB” during checkout to claim it for FREE.

Yes, its completely FREE. No hidden charges, no shipping cost, nothing! ZERO RINGGIT.

Hurry tho, it is limited to the first 200 redemption only!

BUT WAIT! In conjunction with Mother’s Day, Shopee is also bringing huge discounts on amazing gifts. Like seriously, we are talking about discounts of up to 81% and additional discount codes on top of that!

Simply follow these two simple steps and you may be able to bring your whole family to an all expense paid trip to Universal Studios Singapore! Flight and accommodation all paid for! 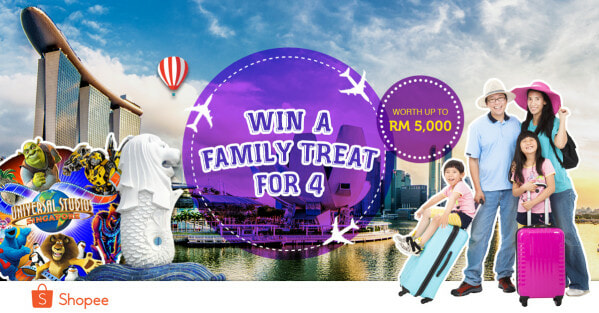 All you need to do is this 2 simple steps:

To further increase your chances of winning this trip, any item you buy in Shopee during this period will give you an additional chance at winning.

All hail the Shopee god!