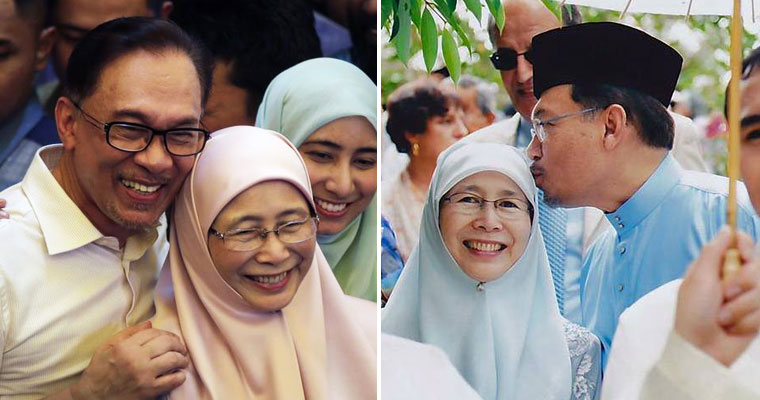 Datuk Seri Anwar Ibrahim is officially a free man and is now reunited with his wife – Dr Wan Azizah – and family! Yayyy!

Ever since his release, the hopeless romantic in all of us couldn’t help but notice how sweet he and Wan Azizah are whenever they’re together. So, we did what any other hopeless romantic would do, and compiled a list of all their sweetest moments caught on camera.

Warning: Reading this article may give you diabetes…

1. That time when Anwar hugged his wife in front of a press conference 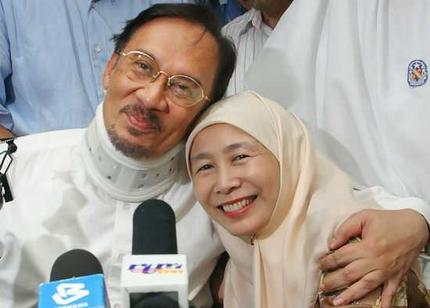 This was right after his overturned sodomy conviction and he was released from prison. Aww!

2. That time when Anwar was finally released from jail and Wan Azizah couldn’t let him go 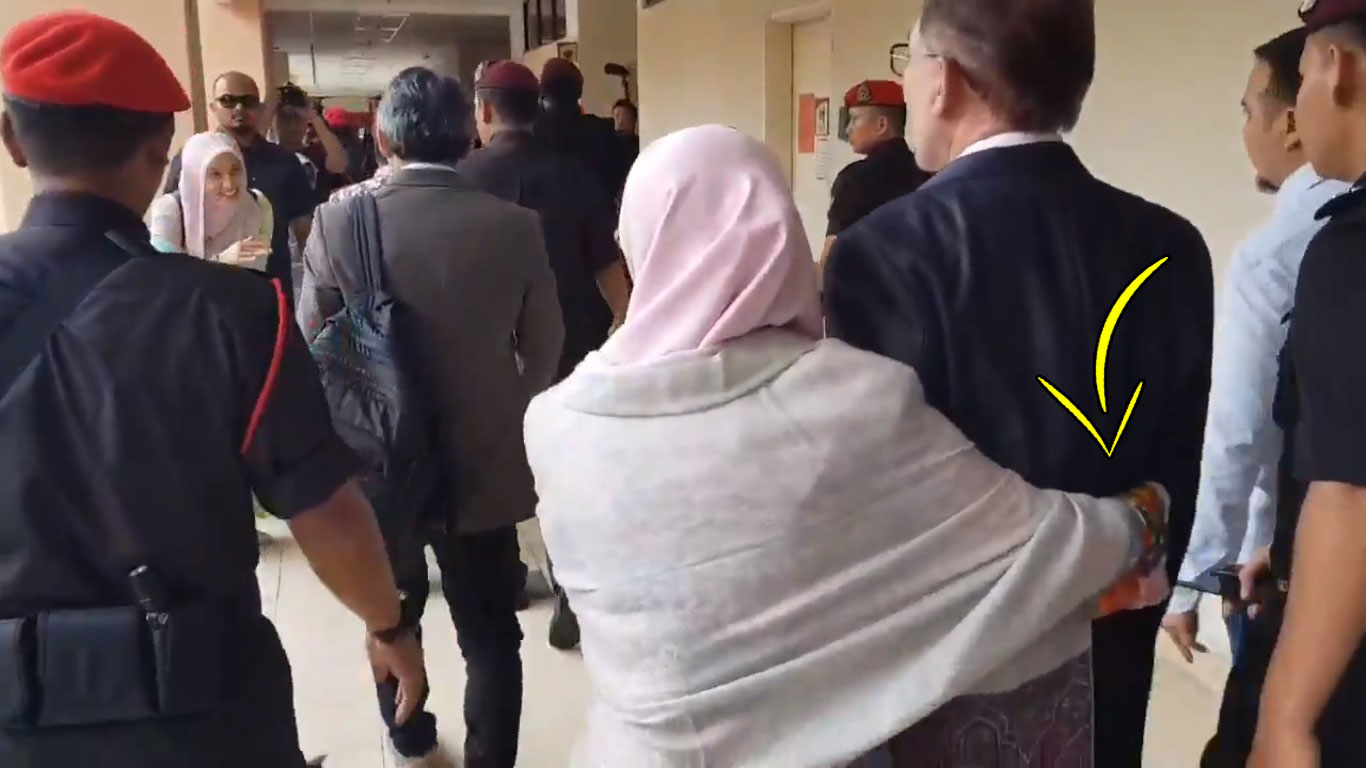 So much love in one photo. T_T

3. That time when Wan Azizah declined the Agong’s offer to become PM and asked for her husband’s immediate release instead 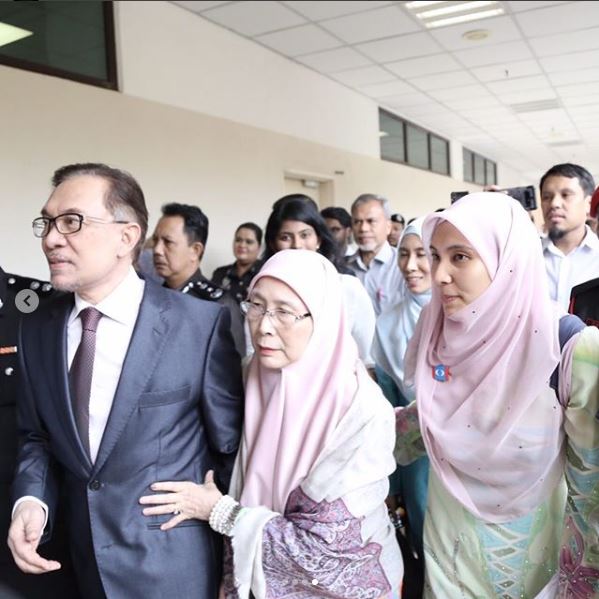 Wan Azizah stayed true to the deal made with Pakatan that Tun Mahathir would be PM and asked the Agong for just one thing instead, and that was to release Anwar immediately. And he did!

4. Those times when Anwar wasn’t afraid to show some PDA 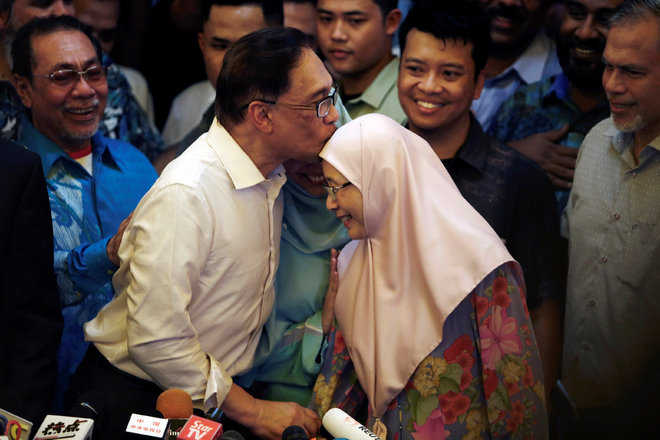 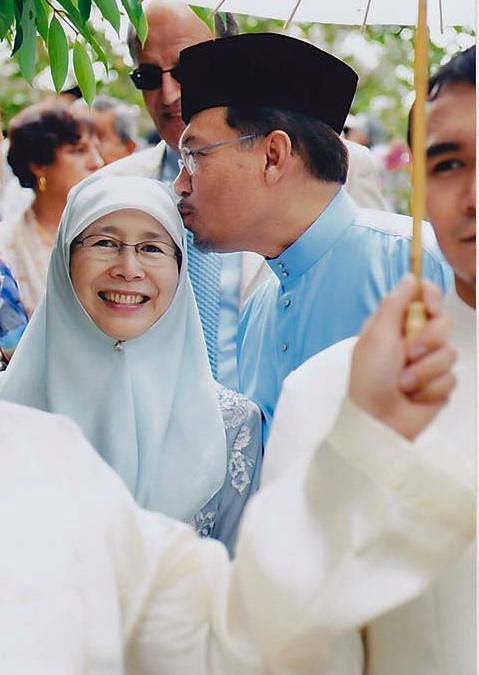 5. That time when Wan Azizah Instagrammed about how she could finally serve her husband again

“Finally, I can serve my beloved husband. Thank you, God.”

Posted on her account on 16 May, the day Anwar was released, it’s obvious that only one thing mattered to her at the time, and that was to finally be reunited with her husband once again. <3

6. And all those times when Anwar and Wan Azizah would lock hands/arms no matter where they were 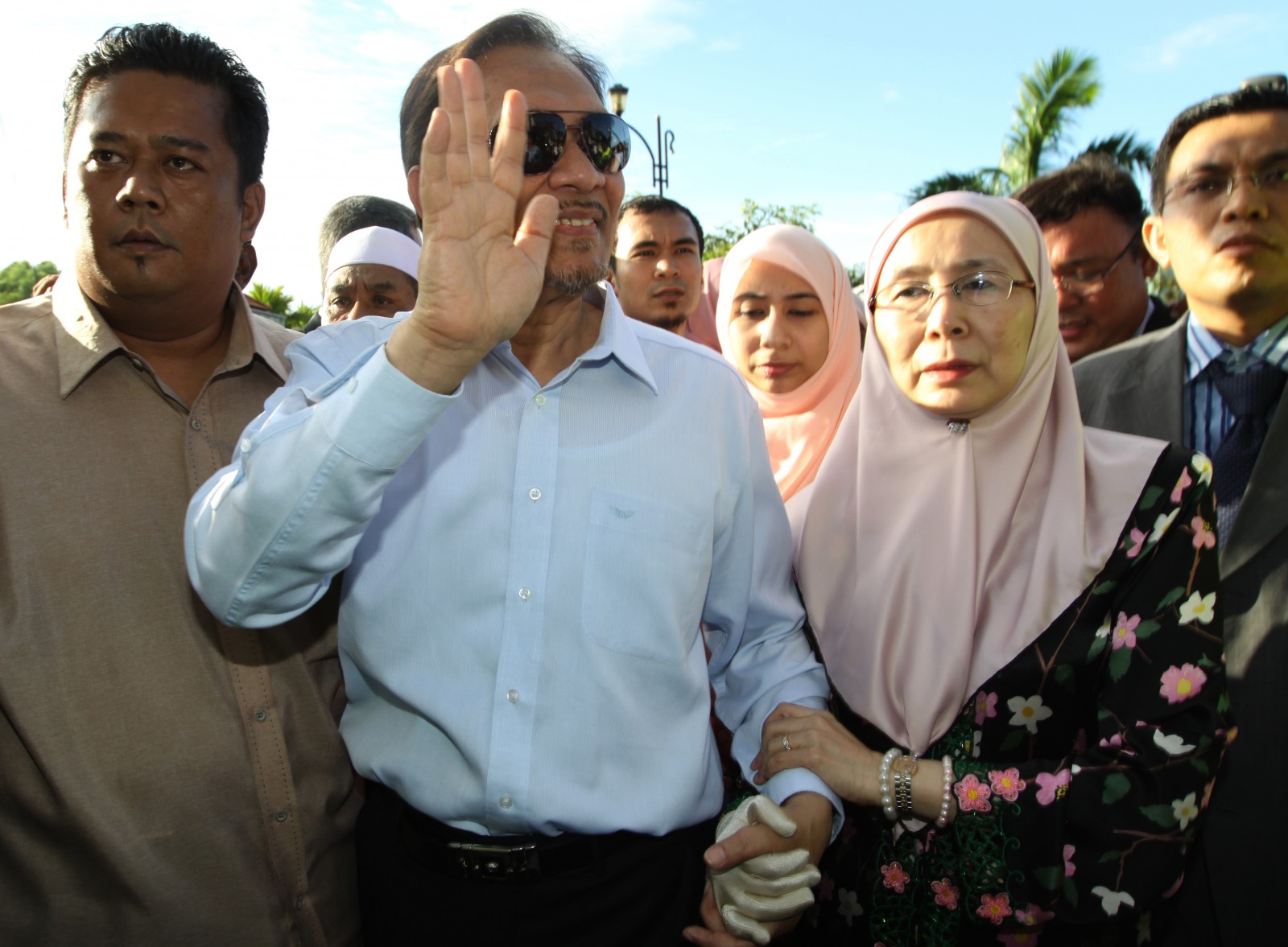 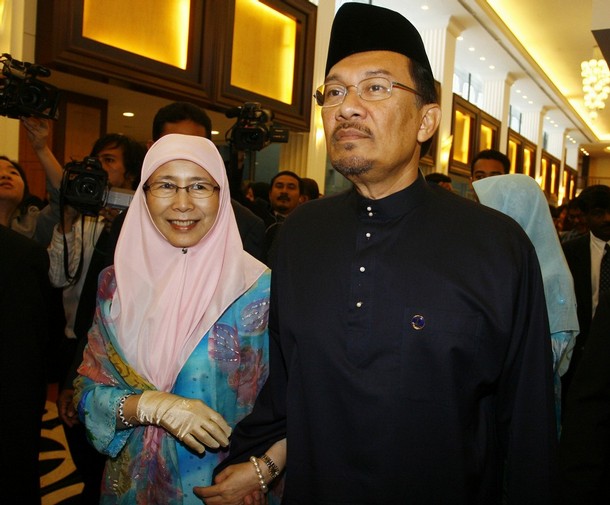 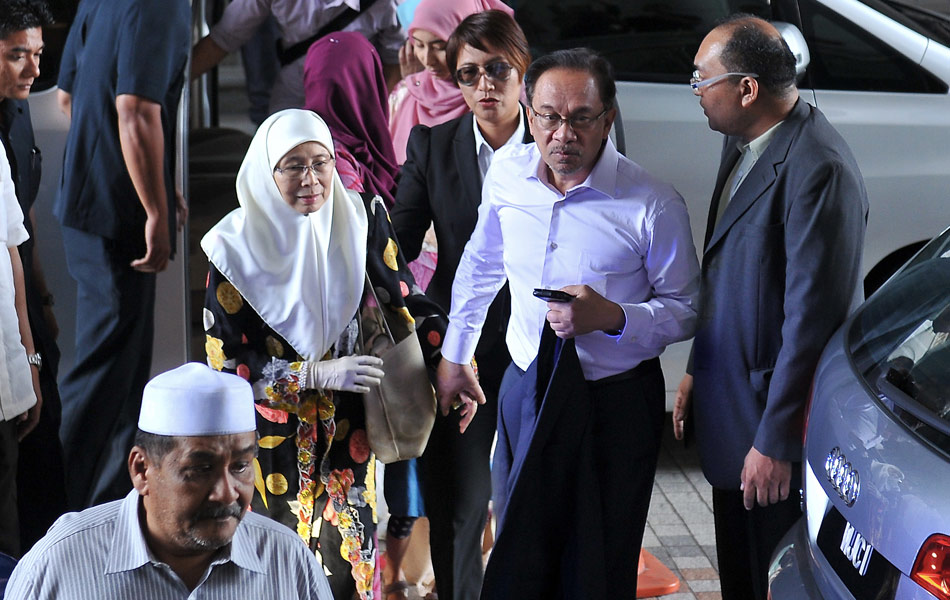 If they could hold on to each other forever, they probably would! <3

7. Let’s not forget the way both of them look at each other too! 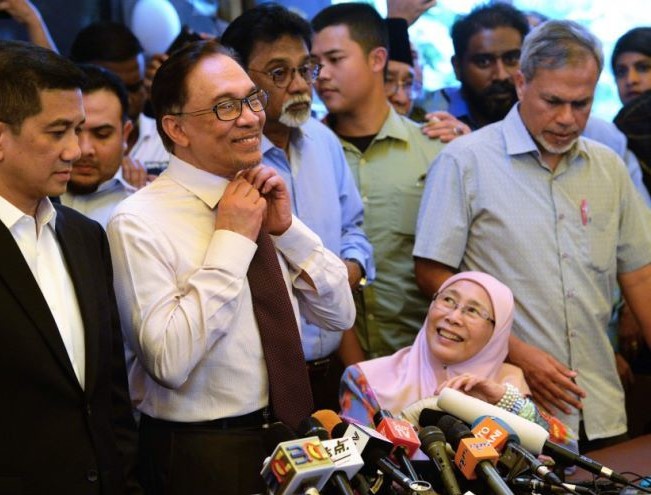 Get you a bae who looks at you the way Anwar and Wan Azizah look at each other.

8. Anwar and Wan Azizah are such #RelationshipGoals that even the Agong told Anwar to cherish his wife 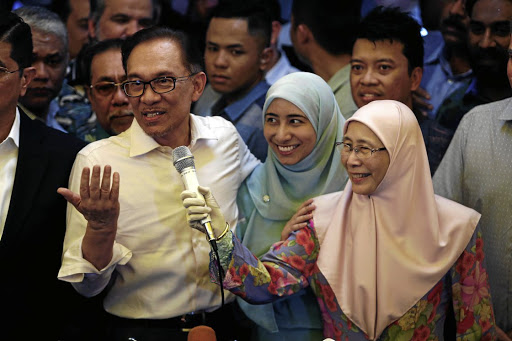 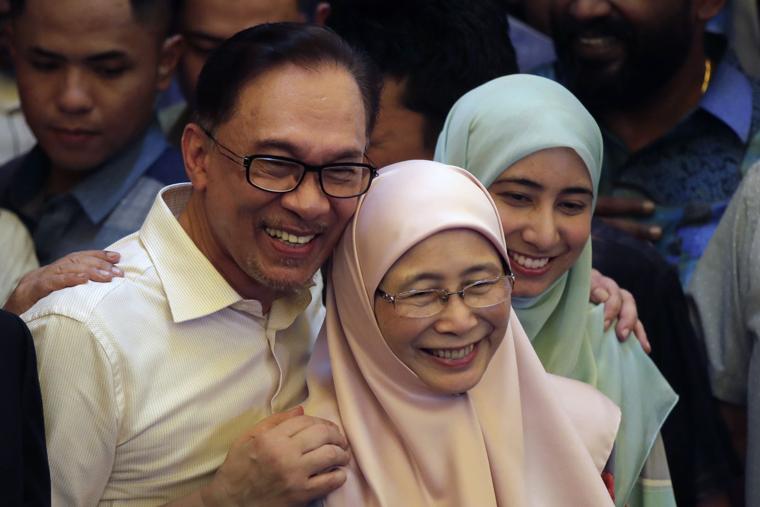 During an interview with the Malay Mail, Anwar stated that the Agong not only told him to cherish Wan Azizah but also said that such a loyal and loving wife is hard to find. Aiyooooooo!

That’s all we have for now, but really, it’s already enough to make us melt into nothingness! How loving are these two?!?!

In all seriousness, we’re overjoyed that Datuk Seri Anwar Ibrahim is finally reunited with his wife, children and grandchildren. We pray for a lifetime of happiness and good health for the entire family and we can’t wait to see what other adventures they’ll be up to next! 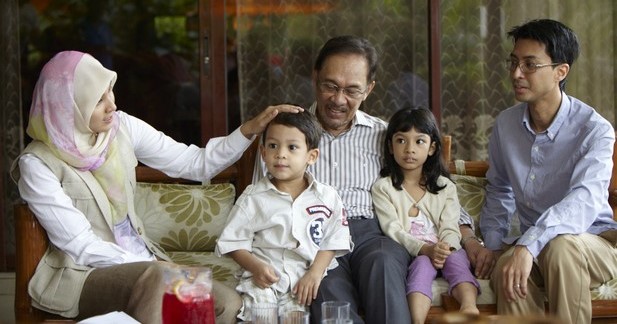