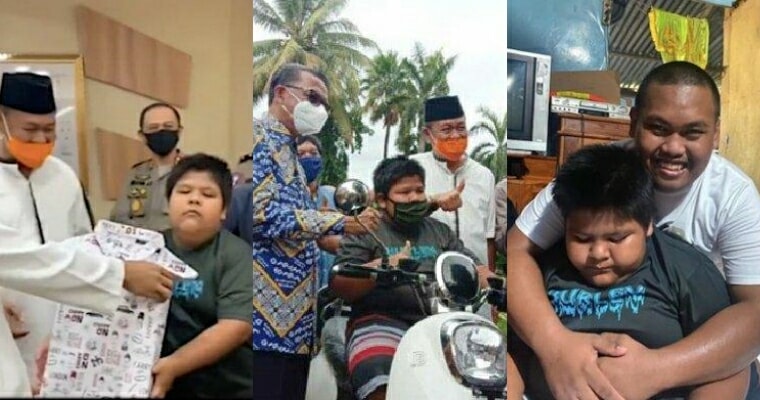 The world can be an absolutely beautiful place but sometimes, thanks to some individuals, it is stained with some ugliness.

Remember Rizal, the 12-year-old boy from Indonesia who went viral after a video of him being bullied mercilessly by a group of men recently? Well, let’s just say the ugliness has turned beautiful once again in his life.

Here‘s what happened. On Sunday (May 17), Rizal was out on his bike to sell food. Suddenly, he was ambushed by a group of bullies. His bike was snatched and he was shoved to the ground. The bullies proceeded to laugh and mock him. When he tried fighting back, he was slapped and shoved back to the ground.

Furious yet? Well, we were too. But then the public and some individuals decided to show what love and support can do instead. Here are some of the acts of kindness that Rizal received after his terrible ordeal;

The IAM Pangkep social community were quick to react to the news and decided to surprise Rizal with a gift. Rizal and his mother were greeted by the group as soon as they returned from the police station late Sunday evening. Since Rizal’s bicycle that he used to help sell kuih was ruined by the bullies, the community group presented him with a brand new bicycle and reimbursed the family for the ruined food packages. Major community love here! 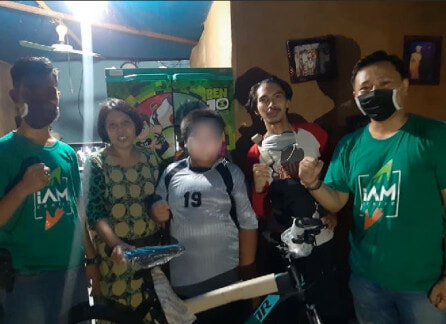 The community was not the only one affected by Rizal’s story. It also caught the attention of several politicians and Government officials. Nurdin Abdullah, Governor of South Sulawesi, decided to gift Rizal an electric scooter to make it easier for him to sell kuih to help his family. The Governor also invited Rizal and his family to the Governor’s post to further encourage the boy. It was also great to see strong forces stand up against violence? 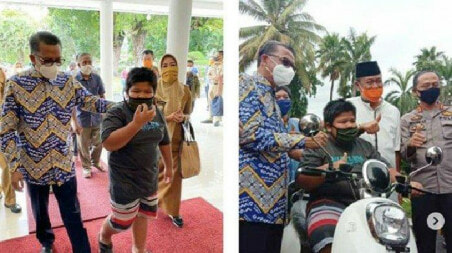 Another Government official also decided to ensure Rizal has a bright future. Rizky Irmansyah, the Defense Minister of Indonesia’s aide, presented Rizal with a scholarship up until he completes his high school studies. Along with the scholarship, Rizal was also given monetary assistance. No gift is better than education. We hope Rizal thinks so too. 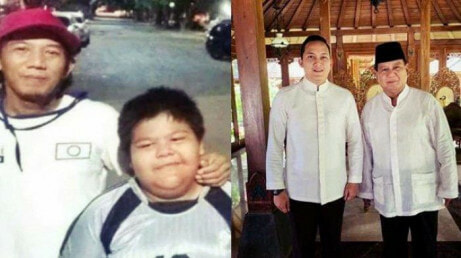 Troubled by what happened to Rizal, prominent businessman, Andi Amran Sulaiman, CEO of Tiran Group, thought it was only right that Rizal had all the help he needed moving forward. Andi offered to cover his education expenses along with expenses for toys and anything else he may want or need. What’s sweeter is that once Rizal completes his studies, Andi assured that Rizal will have a job in one of his companies! 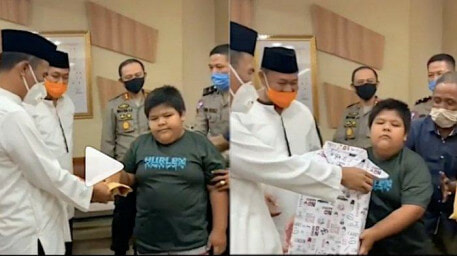 Akbar Konyol, a local influencer, was so touched by Rizal’s story that he decided to surprise the boy at his home. According to the video recorded by Akbar, Rizal was asleep when he visited and was completely surprised to see him there. Akbar hugged the boy and gave him Rp.10 juta (approx. RM3,000) as a gift for the upcoming Hari Raya. Akbar shared the video on his social media page and advised his followers and the public to stop bullying. 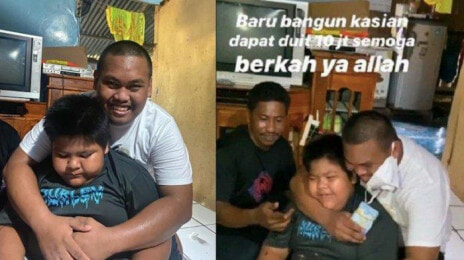 Big or small, it’s really nice to see people come together to help someone in need and fight against cruelty. It’s always good to believe that one small act of kindness can change the world. We hope Rizal will have a bright future after this and we would like to thank all those who have supported him through his ordeal.