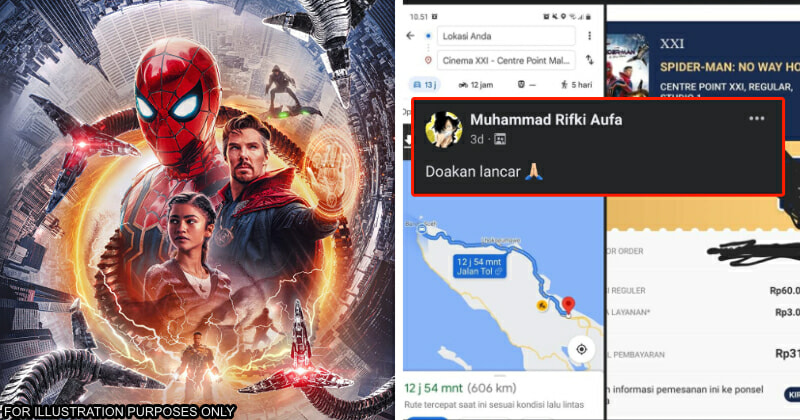 An Indonesian man and his group of friends went viral on the country’s social media recently after he shared how they travelled 13 hours from Indonesia’s Special Region of Aceh to Medan in Northern Sumatra just to catch the opening day screening of Spider-man: No Way Home. Well, at least they were supposed to catch the opening day screening of the movie but as it turns out, their pre-sale tickets were cancelled just hours before the screening.

As reported by Indonesian news portal Kumparan, the man, Rifki Aufa and his friends bought 5 tickets of the movie as early as 10 December for viewing at a cinema in Medan on 15 December. The group travelled 13 hours via bus just to get there.

However, a few hours before the screening, the tickets were suddenly cancelled and the money paid was refunded. 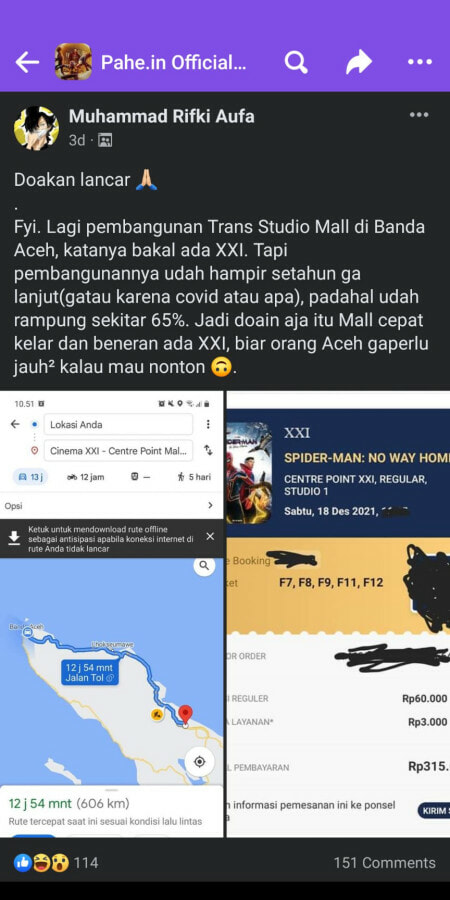 Upon checking, the movie was fully booked for the next few days in Medan and the group had to book for 18 December instead. As the journey from Aceh to Medan is quite long, the friends decided to just stay in Medan for holiday while waiting for their turn to watch the movie. 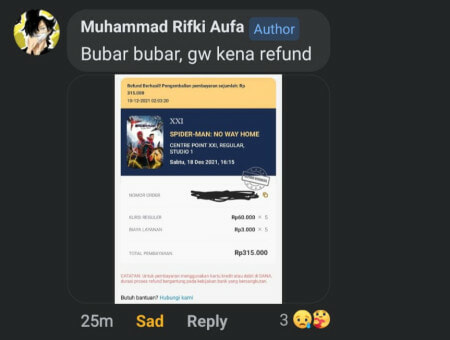 If you’re wondering why didn’t the group of friends just watch Spider-Man: No Way Home in Aceh, it’s because the Special Region has banned all cinemas from operating there since the 2004 tsunami. Given special autonomy by the Indonesian government, Aceh is a Muslim-conservative region that practices Sharia Law.

What do you guys think of Rifki and his friends’ far from home journey to watch Spider-Man: No Way Home? Would you do the same if you’re in their situation? Share your thoughts with us in the comments. 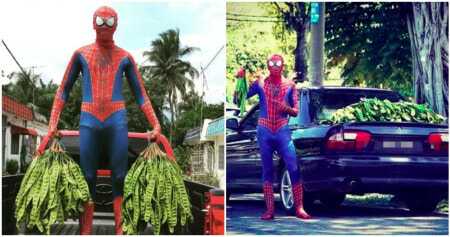