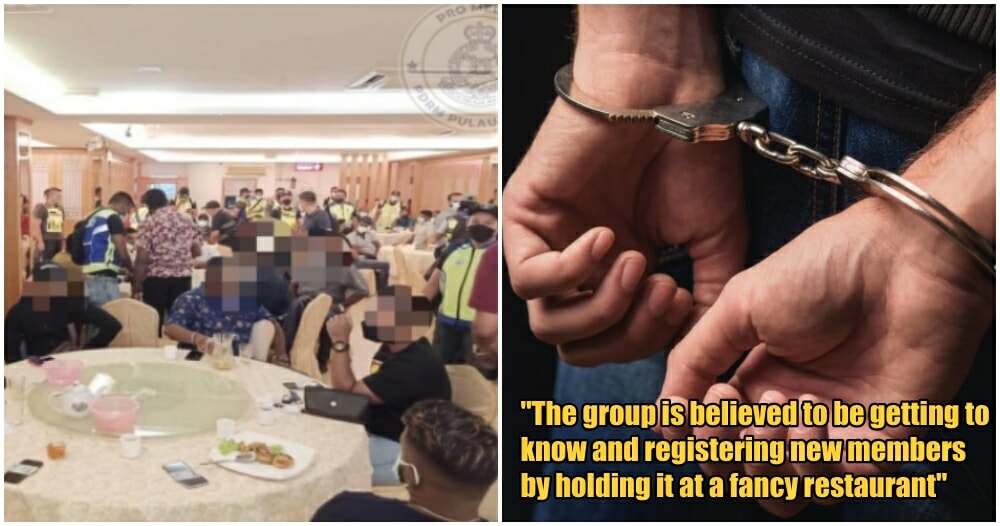 A group of men, who are believed to be ‘kongsi gelap‘ members was arrested after holding a secret society gathering to get to know each other at a fancy restaurant in Seberang Jaya.

As reported by BERNAMA, the group of men held the get-together using the name of a non-governmental organisation (NGO).

Penang Criminal Investigation Department (CID) chief SAC Rahimi Ra’ais said the men aged between 22 and 56 from Penang, Kedah and Perlis were arrested after police raided the restaurant at 9.30pm upon receiving information from the public. 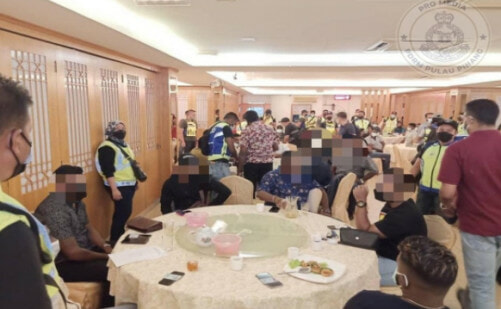 “The group (secret society) is believed to be getting to know and registering their new members by holding it at the fancy restaurant to avoid getting caught by the authorities,” he said in a statement.

Rahimi said an inspection that was carried out by the police also found and arrested eight people who had tattoos for an illegal organisation. He added that his team is conducting further investigations including tracking down a network of secret societies. 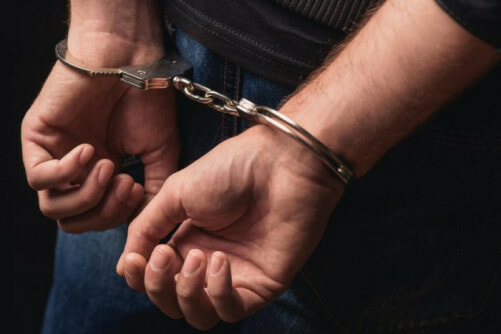 He said during the raid, the police also seized 56 mobile phones of various brands, two rings, a chain and a pair of earrings with the emblem of an illegal organisation.

“All of them were remanded for further investigation and the case is being investigated under Section 43 of the Act 1966 organization which is an offense of joining an organization that is illegal,” he said. 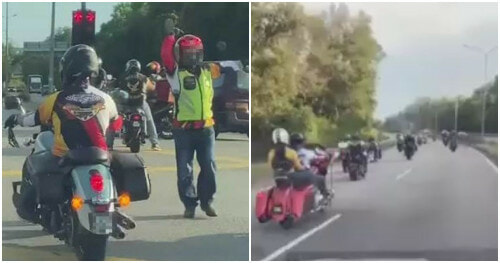