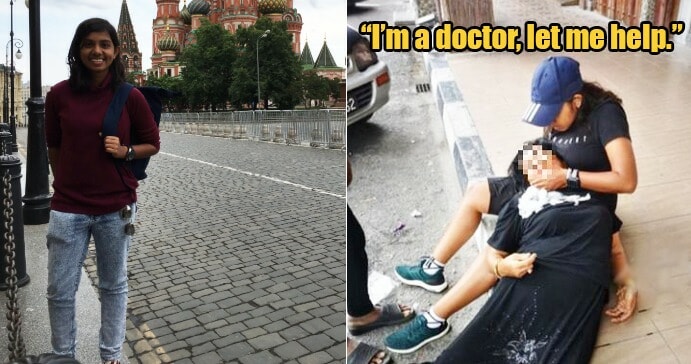 This is an accurate example of “Satu Malaysia”!

A young Malaysian woman went out of her way to help a fellow stranger who needed serious medical aid, wrote mStar. On 2nd June 2019, Dharshinee Suresh Kumar and her friends were on their way to Kuala Lumpur from Ipoh when they stopped by a shop because they wanted to buy some drinks.

After buying their drinks, they got into their car and were about to leave when one of her friends told Dharshinee that an elderly Chinese lady had fainted in front of the store. Without thinking much, the young lass got out of the car and went on to help the lady.

Unfortunately, when she first volunteered to help no one paid attention to her offer! However, luckily the 22-year-old pulled through and gathered her courage to say: “I’m a doctor, can I have a look (at the person’s condition)?”

Thankfully she said that because after that, Dharshinee – who is actually a medical student from the University of Udayana, Bali, Indonesia – was given the opportunity to help the old lady. Thank goodness! 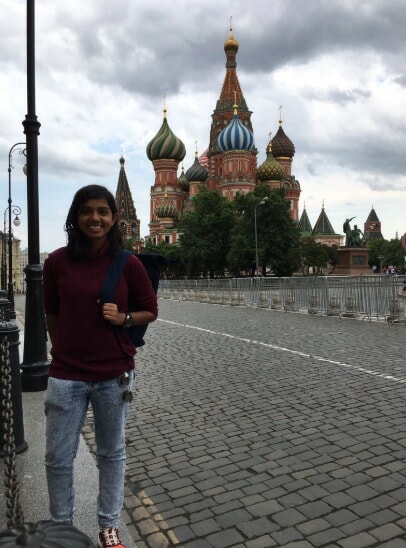 Immediately, the young student performed basic emergency aid, which she had learnt way back in medical school. Speaking to mStar, she was quoted as saying,

“I slowly adjusted her position and I checked her pulse. I woke her up in less than three minutes and finally, she gained consciousness.”

She also noted that many Malaysians came forth to help the lady even before she arrived on the scene. Dharshinee said that a Malay man helped her and the lady while an Indian woman called for an ambulance. The second-year medical student concluded,

“I don’t think Malaysians are in a dire situation. In fact, many Malaysians like helping each other, no matter the skin colour.”

Following that, Dharshinee took to Twitter to ask the netizens to look for the lady, whom she had helped in early June. She said that she was very worried for her because she didn’t look well, and noted she had just gotten out of the hospital when the incident occurred. You can take a look at her tweet below:

So now with the power of social media, me and my friend would like to try our best to find this aunty if anyone by any slightest chance know her , do DM us. She just got out from the hospital when I helped her, and she didn’t look like she’s okay. pic.twitter.com/XEolGb1rgp

There’s no doubt that Dharshinee has properly honoured the Hippocratic oath and in general, she has a heart of gold. On that note, we also thank the people who volunteered willingly to help the elderly lady. It’s one of those touching moments that prove we’re all 1Malaysia.

That said, we wish all the best to Dharshinee on her medical journey, and we know in our hearts that she will make an amazing doctor. All the best, Dharshinee! 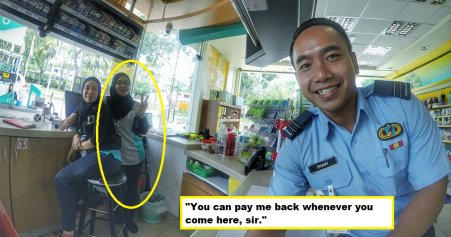