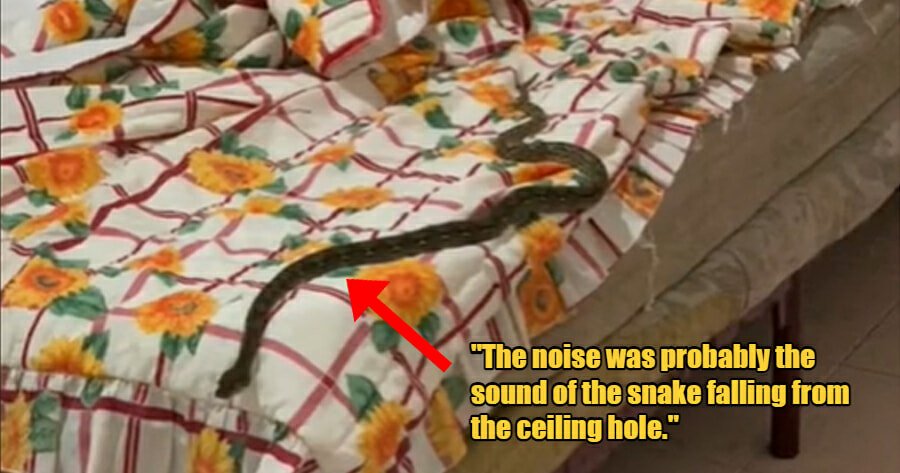 Just the thought of a snake slithering through your house is bad enough, but imagine one sharing the same bed with you when you are asleep. That is simply a nightmare fuel!

Recently, a woman from Pontian, Johor had taken to her TikTok account and revealed the 15-seconds video of a slithering python on her bed. While pythons are not poisonous, it is still dangerous as they are able to roll around their victim and strangle them to death. The caption of the video says, “3 AM. It crept onto my leg when I was asleep!”

Speaking to WORLD OF BUZZ, Ummu Emma, who recorded and uploaded the video on 25 September said that she heard the sound of an object falling from the make-up desk, but did not really bother about it as she was too sleepy to switch on the light and check on it.

Her 16-years-old sister, who shared the same bed with her, was still awake and playing with her phone when the incident took place. Her sister felt something off at her feet and immediately checked using the flashlight from her phone. Upon finding out the slithering python on her feet, she immediately screamed and jumped off the bed.

“I was immediately wide awake when my sister told me the snake was creeping onto our feet,” Ummu explained.

Ummu immediately woke her parents up following the incident, in which her father came to the rescue. Her father caught the reptile and quickly ran towards the palm oil plantation near their house, where he released the snake. She also added that this was the first time for them to have a serpent crawl into their house, and it may had made its way through the ceiling hole in their room.

“I couldn’t sleep until after 6 in the morning. Until this day, I’m still a little traumatized to go to bed as I keep imagining about it,” she said, adding that both of them are sleeping in the other bedroom for the time being.

In the meantime, Ummu revealed that the noise that she heard was probably the sound of the snake falling from the ceiling.

At the time of writing, the video has gained more than 270,000 views and more than 17,000 likes. Netizens have a lot to say about this nightmarish incident.

Some expressed their fear even in their own bedrooms now. 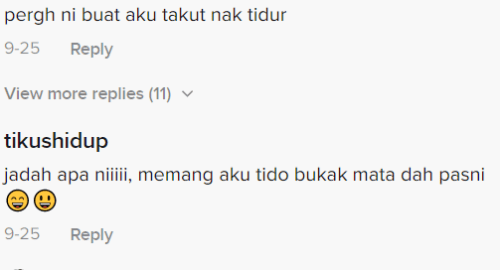 “This makes me afraid to even sleep.”

“What the hell is this. I’m sleeping with my eyes on after this.”

“I’m not gonna step into the room anymore if it was me. I can’t even touch my phone screen with a snake’s picture on it.”

Some confessed that the same thing had happened to them.

“Same thing happened to me. I was sleeping and there was a cobra as big as an arm.”

We definitely cannot imagine having this reptile creeping up our feet when we’re sound asleep! 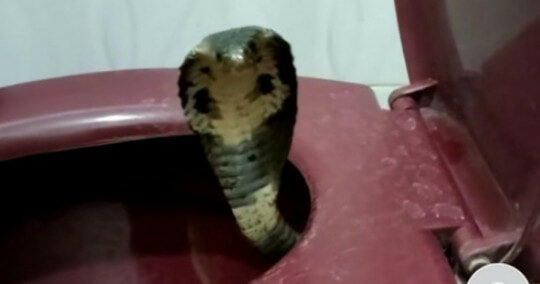