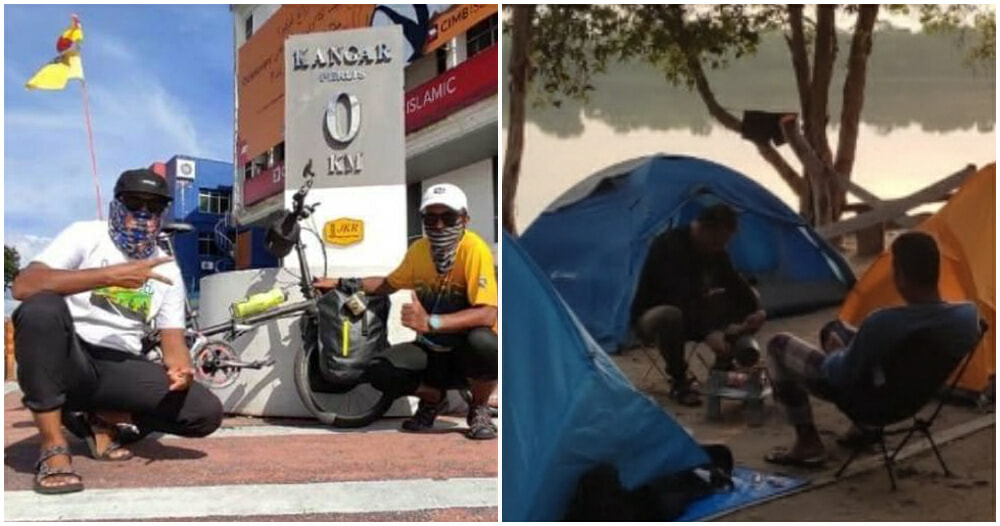 Taking full advantage of the ability to travel interstate during the National Recovery Plan, two friends have cycled from Johor to Perlis within 14 days with only RM500 with them. What’s even more impressive is the fact that they managed the feat with folding bicycles!

In an interview with BERNAMA, Muhammad Hezri Muhammad Sabri, 36, and Mohd Jazaini Abdul Jamal, 48, who are both self-employed, said that long-distance travellers usually use larger bicycles, but they prefer to use folding bicycles that are just over a meter in size.

“Folding bikes are more synonymous with park cycling and leisure.”

“Most of the people we met during this trip asked if this folding bike can travel far and many did not think that this small bike is durable and can go far,” Muhammad Hezri said. 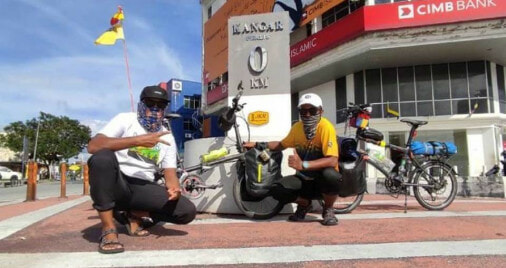 He noted that their successful travel across the states from Tanjung Piai, Johor to Kangar, Perlis which is approximately 850km proved that folding bicycles were also suitable for long-distance travel.

Muhammad Hezri and Mohd Jazaini. who are from Kuala Lumpur and Shah Alam, said that during their journey, they also had the opportunity to get to know the culture of the local community as well as connect with many other cycling enthusiasts. 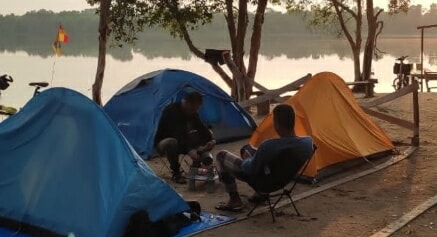 Mohd Jazaini said that they were able to share their knowledge and other useful information on folding bicycles as well as explore various interesting locations in each state they visited.

He explained that although it is small, the 11kg folding bike was able to accommodate additional loads for their use during the journey such as tents, kitchens, chairs and other basic necessities.

Sharing exciting experiences throughout the journey, the two admitted to being excited when receiving alms of various foods and drinks from strangers. 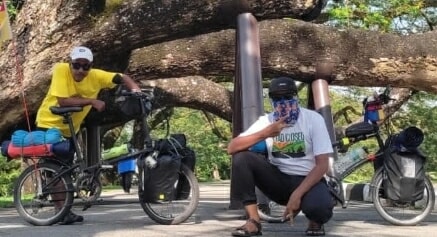 They added that they did not face many difficulties during their travel as they were prepared in case their bicycles were to face any problems.

“The advantage of this bicycle, if it cannot be repaired using the spare parts brought, it is easy to take to the workshop because it can be folded small and fit into a Grab car or ride with anyone.”

We would like to congratulate the two for this amazing feat!

Also Read: ‘Joker’ Who Injured Train Passengers in Tokyo On Halloween Says He Regrets Not Being Able To Kill Anyone 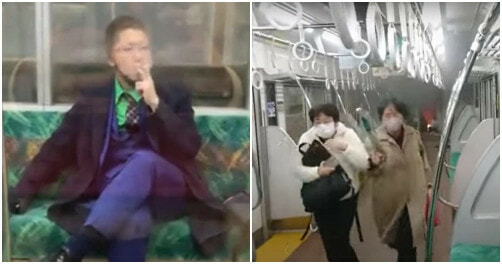