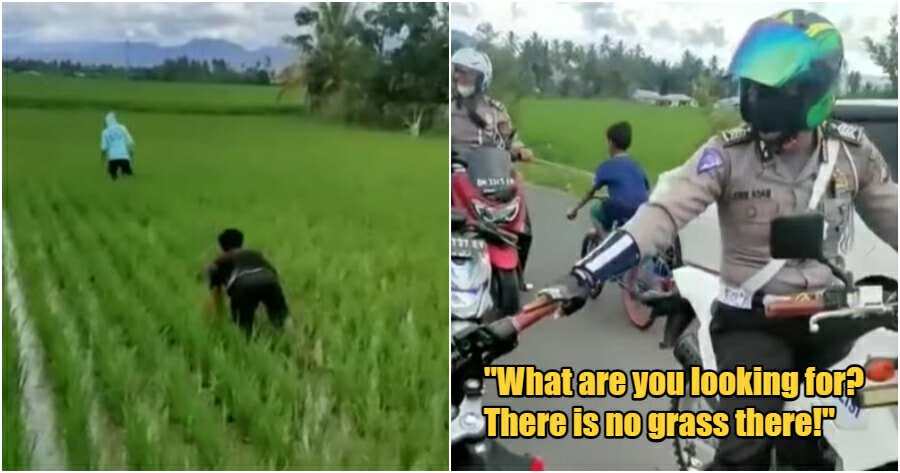 Some people tend to run away whenever they encounter cops and it’s usually because they’re guilty, not simply just intimidated.

If you’re caught for not wearing a helmet, how far will you run? For these 2 men in Indonesia, they decided to jump into a paddy field to “blind” the eyes of law enforcers.

Both of them panicked upon seeing the police as they did not have their helmets on. So they escaped into the nearby paddy field, but that’s not all. To convince the police, they put up an act by bending down and pretending to be farmers while plucking grass. 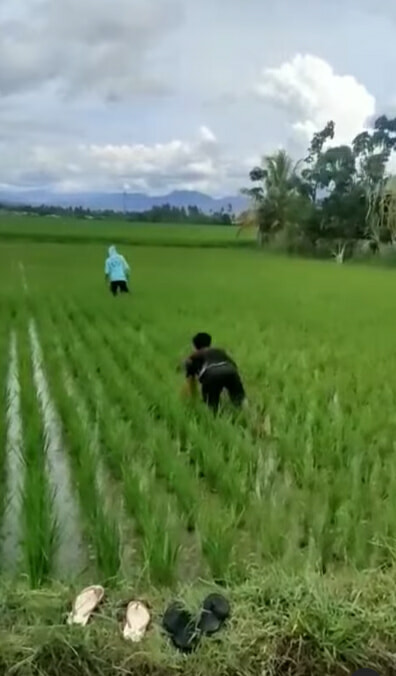 They thought they could outsmart the police but little did they know, the paddy field did not even have grass!

Upon seeing this, some of the police officers laughed.

“This is not your property! What are you looking for? There is no grass!” 1 of the police officers shouted. 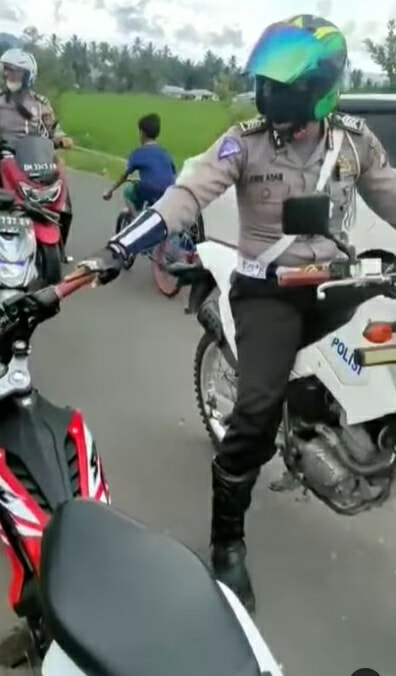 In the meantime, another officer also asked them to immediately turn themselves in and stop the act. However, the “farmers” ignored the instructions and continued their “work”.

Eventually, the men were brought to the police station and they admitted their mistake. Police have also debunked rumours that stated the 2 men were running away from the police as they were not vaccinated.

The incident took place in Bone Bolango in Indonesia. You can watch the video below.

Regardless of the violations, it is never a good idea to run away from the police. You can run, you can hide, but it is only a matter of time before they get you.

Also read: 1 of 3 Suspects Who Ran Away From Roadblock Arrested & Positive For Drugs, PDRM Looking For Other 2 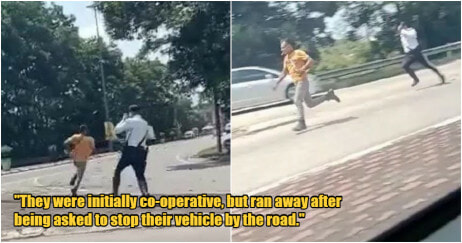