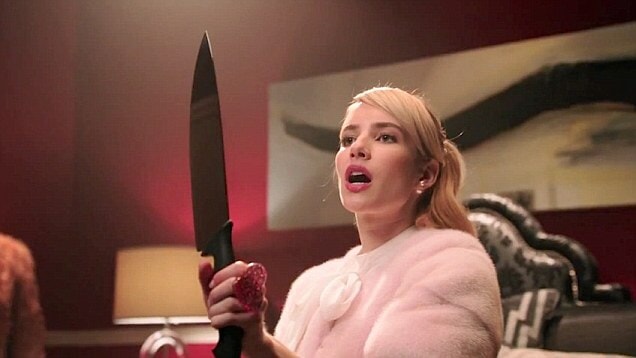 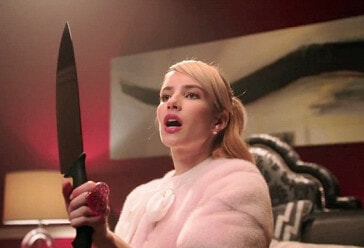 1. My ex gave me this heart shape soft toy to be put in my car.

“One day, I had to fetch my boss so I hid the toy under the car seat and forgotten about it. Right after that, I went to fetch my girlfriend. When she got into the car, she noticed the toy was missing and got really upset. I apologised and explained it to her and things calmed down. After a few weeks, the same thing situation happened. I had to fetch my boss, soft toy under the seat, forgot then went to fetch my girlfriend. This time, she took the toy and said “If you don’t want this, might as well throw it”, and threw it out the car window. My jaw just dropped.” – E.

2. When I broke up with my boyfriend, he became super obsessive.

“He would stalk me everywhere, especially on social media. We studied different courses but he would make sure to “bump” into me after class. He even “coincidentally” showed up at my usual mamak hangout. It was so much that I privatized all my social media and switched hangout places.” – Ashley T.

3. Our first anniversary was coming up so I planned to celebrate it with a little naughty naughty time.

“I knew my girlfriend had classes till 5pm that day so I went to her house early to prepare. I bought roses and a necklace and told her parents I’ll wait in her room to surprise her with these gifts. At about 6pm (the time she usually reaches home), I undressed and posed seductively on her bed as I hear the sound of footsteps get heavier. My hard **** instantly went soft when I saw her mom standing by the door in shock. I took almost a year before stepping into her house again.” – Shamed4Life

4. My ex girlfriend exploded over small or petty things.

She started yelling me for not being a good enough boyfriend. She even cussed words so dirty, the public toilet became cleaner than her mouth. The next day she calls me baby and compliments how good I look in my shirt as if our argument never happened. She does this on an almost weekly basis.” – Derrick

5. It was my birthday and my girlfriend told me she had something BIG in store for me.
“She introduced me to this hot girl and told me we were gonna have a threesome. I laughed in surprise, thinking it was a joke. When I realized she was serious, I was half excited and half nervous because that meant I had to satisfy two girls at once?? Well, doesn’t matter anyways because when we began, my girlfriend and the hot girl were all over each other. They left me out and didn’t even bother with me. Needless to say, WORST birthday ever.” – Mr. Lonely

6. My girlfriend and I at that time were going at it in the car.

“That park was an old park and no one ever used it so we thought we were safe. We were practically naked when we saw headlights coming our way. We quickly put on our clothes and tried to act normal as the car pass by. GG! It was the mata! Long story short, I went home RM200 poorer AND didn’t even get to finish!” – Chamliaolo

7. I dated this guy for 2 years and he seemed like a total sweetheart.

“He was very good with his words and always made my heart melt. Towards the end of that two years, I found out from a friend that he had created on my with 3 other girls before. I was so tempted to cut his blardy **** off and feed it to my dog.” – Cass.

8. My boyfriend used to get me soya bean drinks from time to time.

“I didn’t think too much of it cause it was my favourite drink and he buys me other snacks occasionally as well. One day he admits to me that he has been filling my drinks with his.. umm.. babies because he ‘wanted a part of him to always be with me’. I never touched soya bean ever since.” – Anon.

“She told me her parents died in a car accident one year ago and she now lives with her grandma. Remember when your parents had to come to take your school results? Well guess who came to take hers? Her ‘supposedly dead’ mom!” – Jacob.

10. After dating this guy for about two months, he took us to a fancy restaurant in KL.

“It was to celebrate our 2nd monthsary. I thought the evening went pretty well until he got on his knees and proposed me to marry him! We were only both 20 years old!” – K.

“She checked every single message I received and forced me to give her all my social media passwords because if I didn’t, it means I was cheating on her. Heck, I couldn’t make any female friends because she is convinced that girls are trying to steal me away from her. From time to time, she will use MY Facebook account to leave herself lovey dovey messages, which she will later comment on. – Ben”

12. He self claimed to be from a very rich family.

“This happened to my friend who dated someone from Tinder. He says that he’s just driving a Myvi because his Ferrari was in the workshop (which seemed to be forever). He told her some things I found ridiculous such as, him losing RM1 Million from playing stocks, that his dad was a CEO of a Billion dollar company and his family owning 3 personal jets. One time, when we were out at a mamak, I asked him why he kept wearing the same white shirt. He tells me it’s because he bought 5 same ones. Please la, takan all 5 also have a hole near the ketiak there right??” – Nabila.