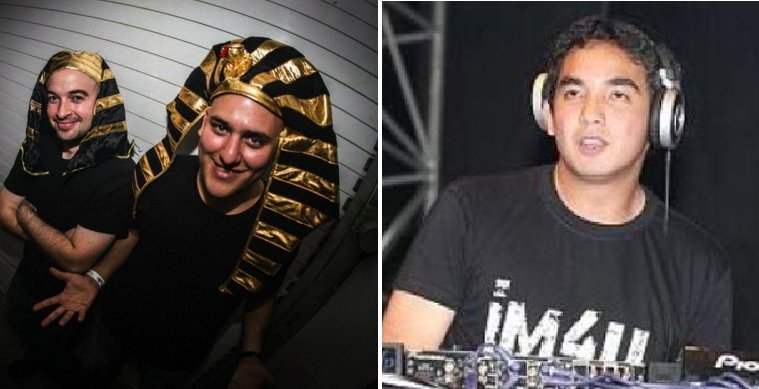 Very recently, an incident that happened in Zouk Singapore has gone viral all over social media.

Apparently, international guest DJ Fadi, one half of Egyptian Duo Aly & Fila, was set to play in Zouk Singapore that Saturday night. Having played in Zouk several times before, DJ Fadi was known to play till the club closes although his set was supposed to end about 3.30am.

However, fans were disappointed as his performance was cut short and DJ Fadi exclaimed to the crowd,

“I would play more but it seems like Zouk Singapore wants someone else to play. Not only because of that, because apparently he’s the son of a Prime Minister. Thank you so much! Enjoy my last track.

I’ll see you somewhere in the future. Not in Zouk anymore, because I won’t play for Zouk any f***ing more. They insulted me, but I love you guys.”

Zouk Singapore quickly responded by releasing a statement on their official Facebook page as shown below, claiming that it was but a ‘misunderstanding’.

Unfortunately for them, DJ Fadi shot back with his side of the story and told Zouk Singapore that they should fire the boss for his bad management, and PR team for not being able to admit to their own mistake.

The guest DJ who has been voted TOP 100 DJ in DJ Mag’s list told his story as how the night occurred for him and that it was definitely not a misunderstanding. He was indeed asked to end his set earlier than he usually played. 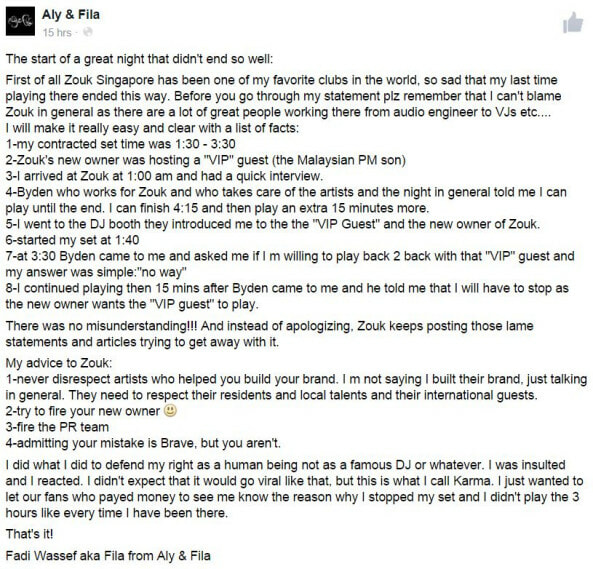 Watch the video of the incident posted by Derrick Low: