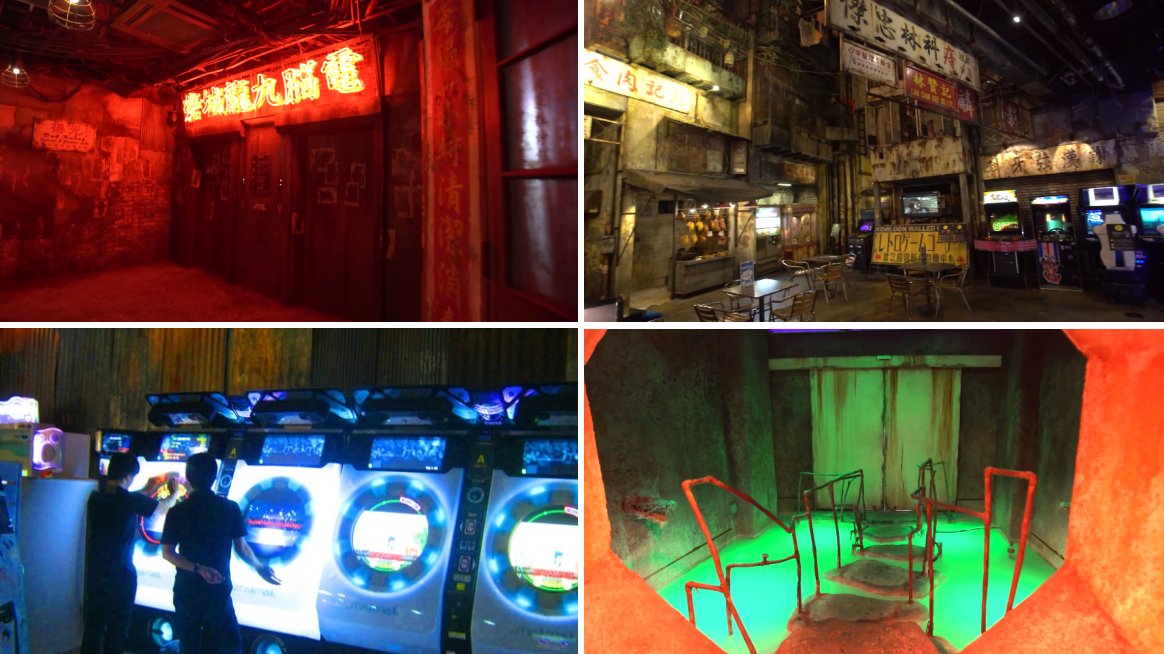 A step into the entrance of this arcade and you’d feel as if you just teleported into a sci-fi film.

Kawasaki Warehouse is located in, well, Kawasaki Japan and whoever owned it went full on out to design the place. The building takes on after the no longer-existent Kowloon Walled City in Hong Kong which was demolished back in 1993.

The settlement’s aesthetics made their influence in Ghost in the Shell, Bladerunner, Shenmue, and many other movies and video games.

If you’ve never heard of Kowloon Walled City, it was a settlement that was way over densely populated and buildings were stacked next to each other, so much that sunlight could not pierce the bottom of the city.

Having its designs inspired by the formidable looking city, the arcade is created with rustic pipes and metal to give it that abandoned yet amazing dystopian look.

The outside of the building itself stands out from its surrounding buildings, looking as if it were abandoned for centuries.

After opening those rusty looking metal doors, brace yourselves, because you’re really in for a treat.

The entrance reveals a tunnel inside which leads you down a long narrow hallway finished with unpainted metal and old seasoned looking Chinese posters. Seriously, does their deco with this place amaze you or what?

If people didn’t know any better, they might have mistaken this for a carnival’s haunted house.

There’s even a pool of green bubbling acid. All you sci-fi lovers out there, calm your tits, I could practically hear them screaming. 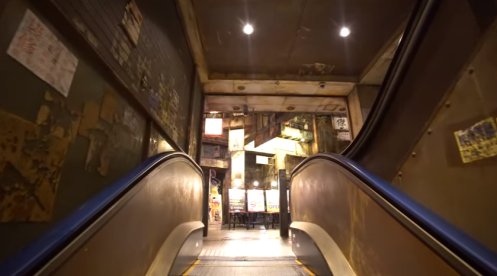 After all that walking and amazing sights, you’ll finally reach an escalator that takes you up to the big reveal!

Yes these are props, no you cannot eat them

These pictures show you just how dedicated the proprietors of the game center are. Even the toilets are fully done up. Contrary to how it looks, it’s said that they don’t smell.

The neon lit cramped spaces have a magical feeling to it, even through pictures.

I don’t know about you but I know where I’ll be spending my money when I ever visit!

Watch this video shot by beatdownboogie of their tour inside the eye glimmering arcade: