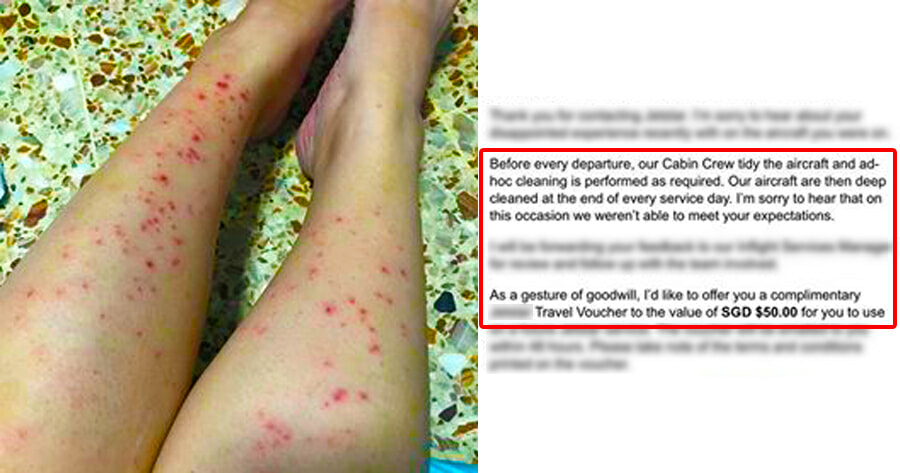 Airplanes fly in and out of the country every day, and it is the cabin crew’s job to ensure that the interior is as clean as possible for their passengers. However, some may have overlooked the fact that there could be creepy crawlies making homes in the nooks and corners of the plane, causing discomfort to their passengers.

Recently, a woman who took a flight on a low-cost airline from Bangkok to Singapore suffered multiple bug bites on her legs during the flight. She had touched down in Singapore when she saw that her legs were red and felt very itchy.

Here are the photos she shared with WORLD OF BUZZ: 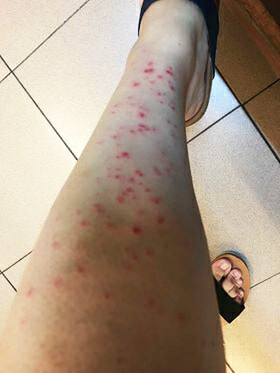 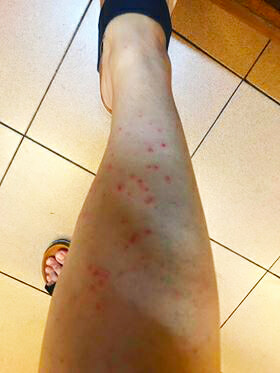 She also said that she had not taken any elephant rides whilst in Bangkok or taken part in any outdoor activities. When she paid the doctor a visit, she was told that the red and itchy spots were caused by bugs.

She shared with us that her luggage was also broken by the crew of the airline.

“When I touched down, my legs were so red and itchy. I went to see a doctor who told me that my legs were bitten by bugs. I did not take any elephant rides or take part in any other activities outdoors,” she said.

“Secondly, my luggage was broken by them.” 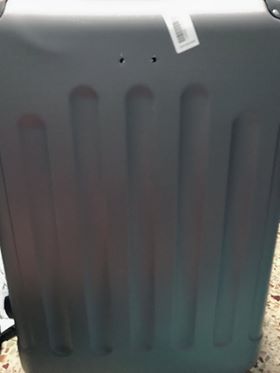 She then proceeded to write an email to the company complaining about the matter.

The airline responded to her email with an apology, and added that their cabin crew cleans and tidies the aircraft before every departure and deep cleans them at the end of every day.

They added that they will be forwarding her feedback to their In-flight Services Manager for further investigation, and offered her a complimentary travel voucher worth SGD$50 (approx. RM150) to be used in her future travels with their airline. 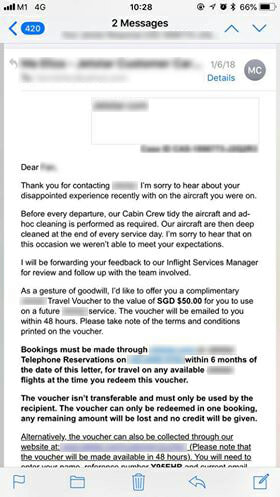 However, the customer was not satisfied with their compensation, as nothing was done about the bug bites on her legs or the damage done to her luggage.

It has been two weeks since the incident occurred and she said that there is still no news from them.

Have you experienced anything like this after taking a flight? What do you think the airline should do to compensate for the inconveniences caused to one of their customers? Let us know in the comments below!

Also read: M’sian Airlines Should Learn How to Handle Suitcases Like This Japanese Staff in Viral Video 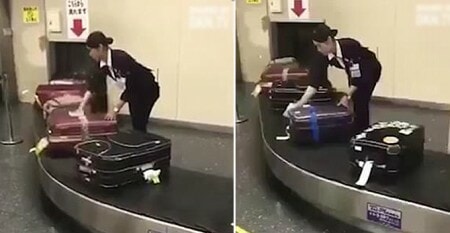