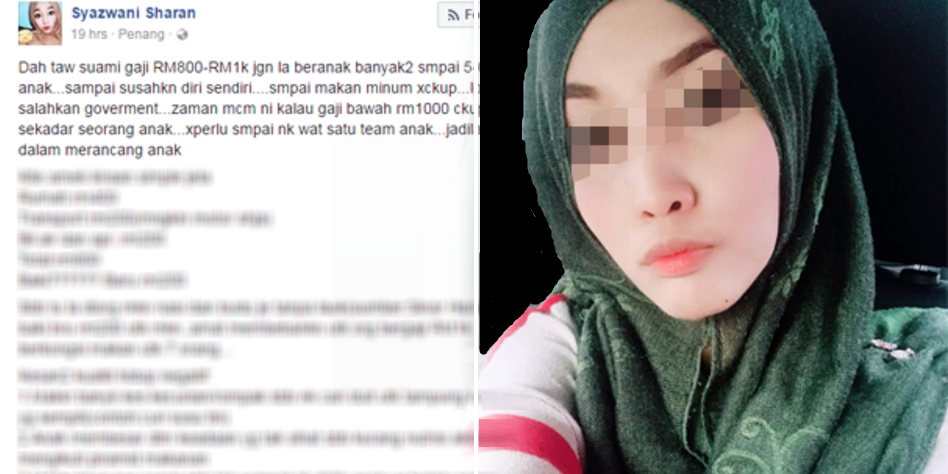 A lady by the name of Syazwani decided to post her rant on Facebook regarding family planning in Malaysia. In her rant, she even backed it up with a couple of research articles as she wanted to spread an intellectual advice to others.

“You know your husband’s income is RM800-RM1000, then don’t give birth to so many children until 5-6 kids la. Until you trouble yourself, until you don’t even have money for food and drinks. Then, you blame the government.”

“In these times, if your pay is below RM1000, it is only enough to sustain one child. No need to make a whole team of children. Be smart in planning (on having) children.”

To ensure that people truly understand her message, she even broke down the cost of living with only RM1000 as income.

Transportation: RM200 (perhaps only a motorbike)

Syazwani, who is a Economics degree holder, goes on to explain this is why many people only eat rice and budu without other side dishes.

“It is burdensome for a person with RM1000 salary to share food with 7 other people.” 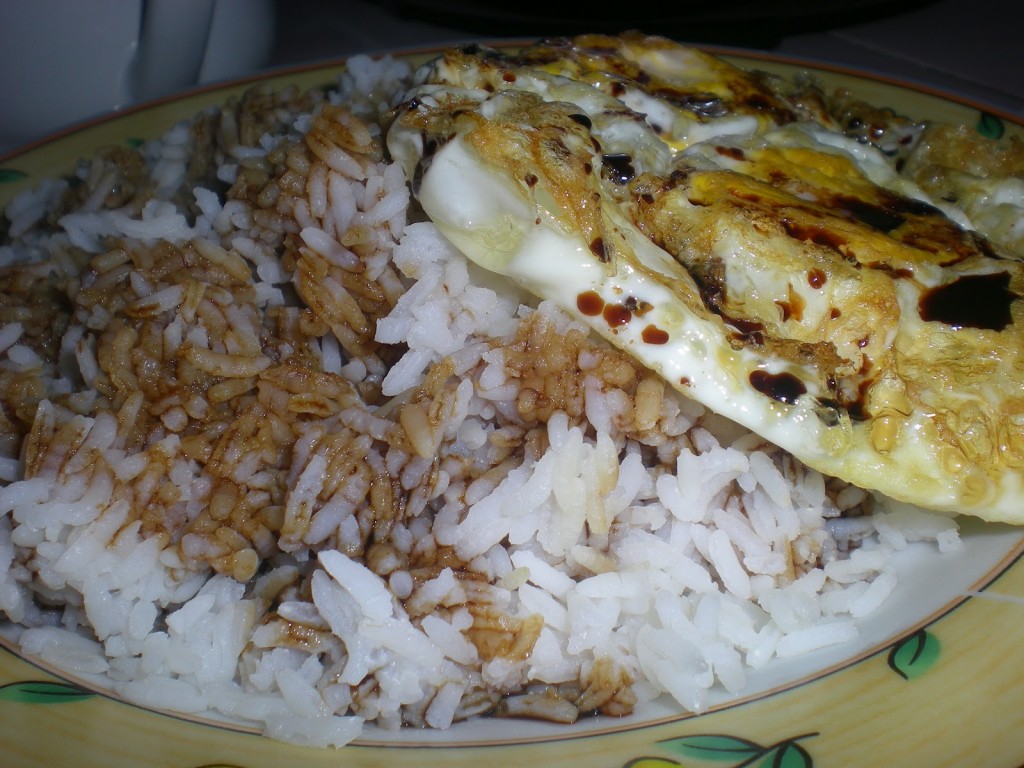 The Universiti Sains Malaysia graduate even included what the possible negative outcome of this life quality could bring.

1. More robbery or stealing cases because it is difficult to find proper income.

2. Children grow up in unhealthy conditions due to lack of nutrition as their diet is not according to the food pyramid.

3. Too many (negative) social cases because there isn’t enough time to too many children.

To further validate her message, she added steps to solving this problem.

1. Government should implement a ONE child to ONE family law.
2. Control your lust or consume birth control pills
3. If you want many children then find a better paying job before doing so, so that later it is easier to bring them up.
4. Do two jobs.
5. Wife has to work too.

*Translated into English from Malay*

Although there were some who agreed to her post, shockingly, most netizens disagreed with her, even to the point of calling her ideas stupid and backwards. A lot more others started to spread hate towards her.

“What a stupid woman. Did she put her brains in her butt or what?”

“Talk without using your brains!”

One very angry man even condemned her intelligence, while many others criticised her for saying such statements because she is not married.

“You memang don’t have brains. Your parents sent you to study so that you’ll be intelligent in both religion and knowledge in this world. But you put your intelligence beneath your feet, bodoh.”

Not sure about you but her statement makes a lot of sense to me.