Earlier this week, news of a man from Kedah being brutally beaten up by shoppers for allegedly harassing a woman caught widespread attention from Malaysian netizens.

The man went into the ladies’ toilets at a shopping mall in Alor Setar, where he allegedly attacked a young woman.

The young woman, who had just come out of the toilet, said she was pushed back into the bathroom stall by the 31-year-old man and he then locked the door behind them.

He then allegedly put his hand over her mouth in an attempt to silence her screams, but she fought back and bit his hand, making him pull away so she could yell for help. 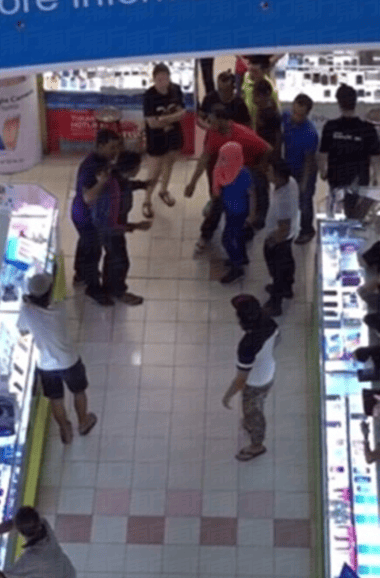 Her screams alerted nearby shoppers and employees working at a nearby shop, who came to the rescue and violently beat up the man until the police arrived. 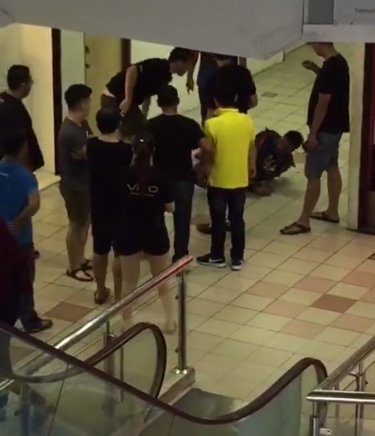 The man sustained such terrible injuries that he slipped into a coma and passed away shortly after that.

Now, according to Kisah Dunia, many of the man’s friends have come out in support of him, claiming that the incident was all a result of a misunderstanding. 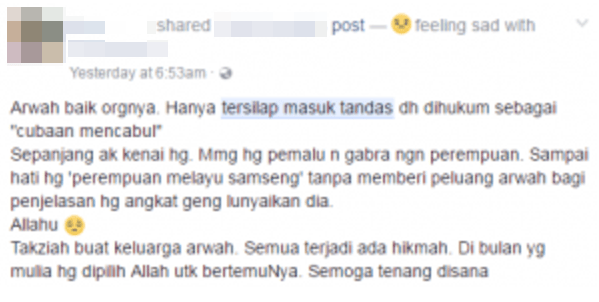 According to the man’s friends, he was in desperate need to use the toilet so he ran to the nearest toilet, unaware that he entered the women’s restroom.

They then said the woman who yelled actually screamed for help upon seeing him enter the toilet, so he never even touched her according to their side of the story! 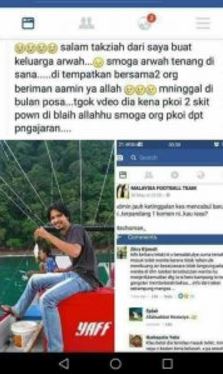 His friends have also said that this man is actually quite shy around women, so it was highly unlikely that he could have done something like this.

As for now, the police have yet to reveal the true cause of the incident.

Whatever it is, we shouldn’t resort to such violent acts even if it is against someone who may be guilty. Let’s leave it to the authorities and court to decide on the punishment that best fits them (if they are guilty of it at all!).