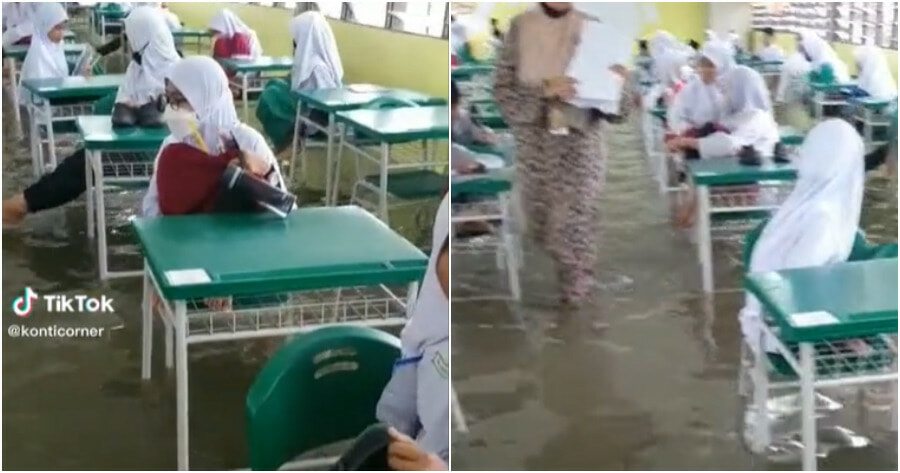 In the past few days, widely circulated video of a group of students sitting for their Al-Quran and Fardu Ain class (Kafa) assessment test in a flooded classroom went viral.

In the video, the group of students could be seen sitting on their desks with their shoes off and their ankles submerged under the water of the flooded classroom.

A teacher could also be seen walking around in the classroom through the floodwaters to collecting the exam papers from her students. 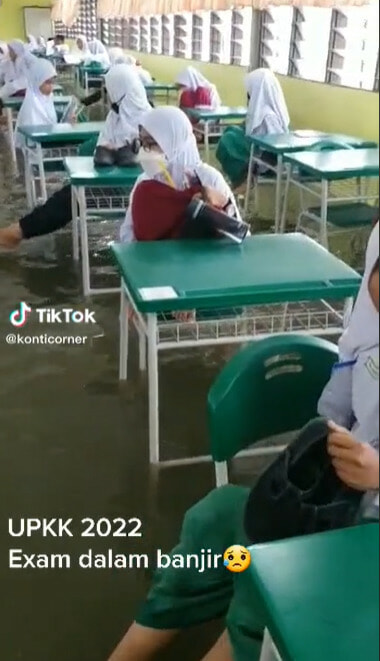 Although it was previously unconfirmed where this occurred, the Selangor Fire and Rescue Department have recently revealed that it had happened at Sekolah Rendah Agama (SRA) Sungai Balak in Kajang 2 days ago.

Its director Norazam Khamis confirmed the incident and acknowledged that the religious school was located in a low-lying area that was often hit by flash floods.

He also said the incident occurred after water levels started rising at around 4:30pm on Wednesday due to the heavy rain in Kajang which lasted for over an hour.

“The flooding affected a total of 64 11-year-old pupils who were sitting for their UPKK under the supervision of 8 teachers.”

The flash flood situation was brought under control and there were no untoward incidents and the water later receded at about 7pm despite it reaching heights of 0.6 metres in the areas around the school.

Meanwhile, Harian Metro reported that a mother of a pupil involved in the incident said that she had expected the school to be flooded every time there is heavy rain.

“When it rained heavily yesterday, I had already expected that the school will be flooded as it has occurred before this. I found out when the video (of the flood) was shared by an Ustazah in the school’s WhatsApp group.”

She confirmed that her 11-year-old daughter had to sit for her UPKK test in a flooded classroom. “That is right, my daughter was one of the pupils involved in the incident that happened on Wednesday.” 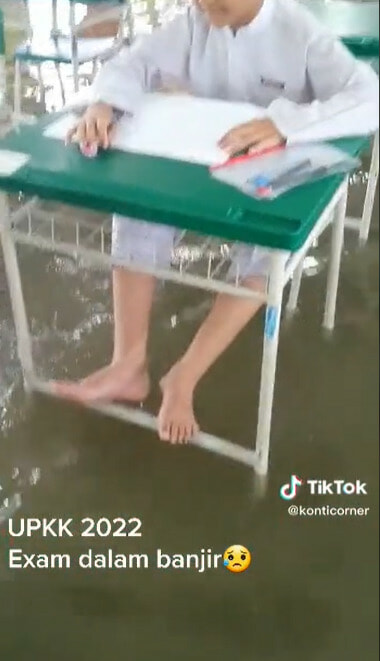 The authorities have also gone to the school to pay a visit and updated that they will do a follow-up to resolve this issue.

We hope that the authorities find a solution for this as it shouldn’t be something that’s considered as normal. 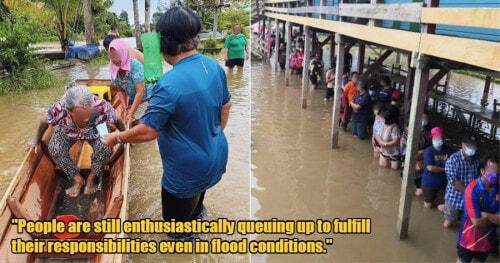