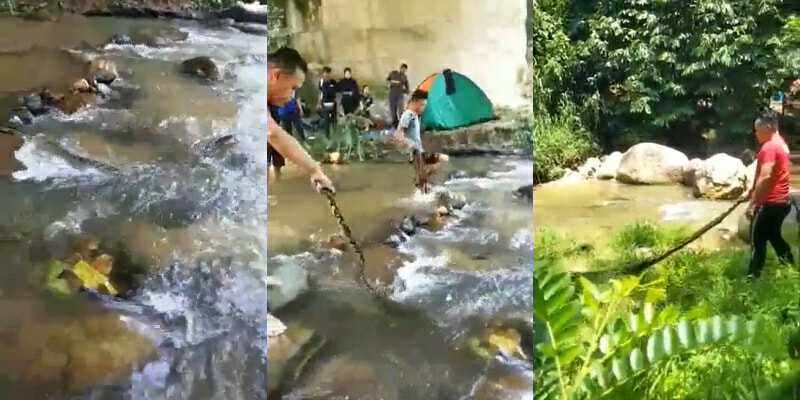 Taking to social media, netizen @abdfoodpanda shared a video of how a reticulated python slithered its way to a tourist spot in Ulu Yam, Selangor.

Probably wanting to take a dip after a day spent in the hot blazing sun, tourists who noticed our slithery friend did the right thing by putting it out of harm’s way.

With the help of an ex-commando officer (the man in red), the snake was held at its tail to subdue it from harming itself and others.

Helping the reticulated python glide through the river, they finally landed it at a nearby bush.

In a corresponding video, the reticulated python has now been given to the Fire and Rescue Department for further action.

It is good to know that there are still people out there who treat fellow creatures on this Earth without an ounce of violence, but respect.

Also read: Students From A Local Private University Start Petition After Deepavali Break Was Allegedly Cut From 1 Week To 1 Day 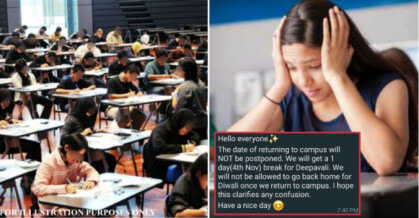