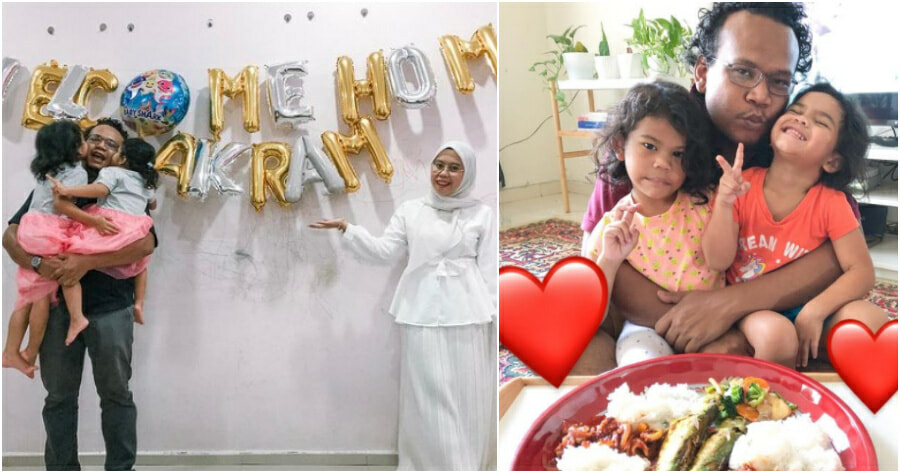 Being away from our loved ones is a painful experience.

This pandemic makes many of us feel homesick as we’re separated from family for a long time—especially those who work abroad. All we want is to be able to see our loved ones in real life again.

A video that recently went viral captured the heartwarming moment a father greeted his children after being apart from them for a year. Syazwana Jamal shared the touching video and explained how her children had to endure their father’s absence for such a long period as he works abroad.

In the video, you can see how the children’s faces light up when they saw their father in front of them.

After a year of being apart between Qatar & Malaysia

Finally, after a year, her children managed to see their father again. “It feels like a dream. Start before MCO in early March 2020, their father returned to Qatar, until now February 2021, we just managed to meet again.”

Syazwana said that before Covid-19, Akram was supposed to come back and visit his family in Malaysia every month but the virus put a stop to their arranged travel plans. ” I always tell the children, their father cannot come back because there is a virus. [It’s] dangerous. The children, who are just four and five years old have to understand.

“Last year, Akram’s original plan was to return but because Covid-19 seemed to be under control. But suddenly, the cases started rising again in Malaysia. MCO once again. So I don’t expect anything anymore.”

Akram secretly applied for leave, and his manager approved.

“Akram told me that he was flying back to Malaysia two days before he arrived. At that time, I was working but I was trembling and crying. I was in a blur and asked him what he meant.

Did you get vacation leave? Can you come back already? He said he initially wanted everything to be a surprise until he returned to Malaysia, but his friend advised him to tell his wife and mother so that we can pray for the best for his return.”

She shared that her husband had to do a swab test in Qatar. “That determines everything. If it is positive, everything will be ruined.”

“Alhamdulillah, the day before he returned, did a test, and it was negative. So when he arrived at KLIA, he went under quarantine for seven days at Subang.”

“Akram is not returning for good. He just took a month off. Minus quarantine a week in Malaysia, a week in Qatar when he goes back, there are just two weeks left for us. And with the leave he has, there are only ten days left. After this, I don’t know how he will come back.

But we can think about this later. The important thing right now is that the children are thrilled and that he will be here when they enter their new kindergarten.”

Apart from that, Syazwana also shared her children’s happiest faces as they ate with their father after being separated for a year.

She said that everyone was eating with good appetites when their dad is around. These kids truly miss their father! 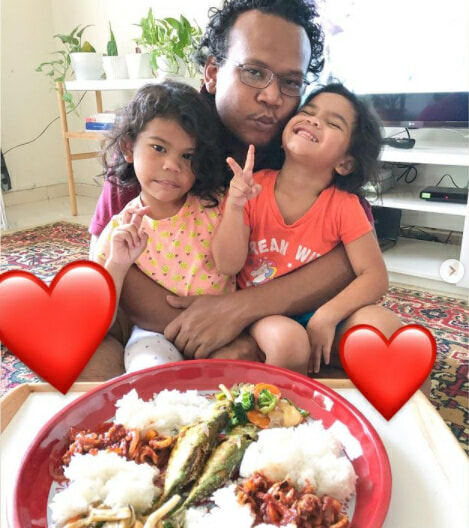 Akram with his two adorable daughters

Syazwana also shared a photo of her children asleep in the car on the way to school after staying up till 1am to talk to their dad at night. 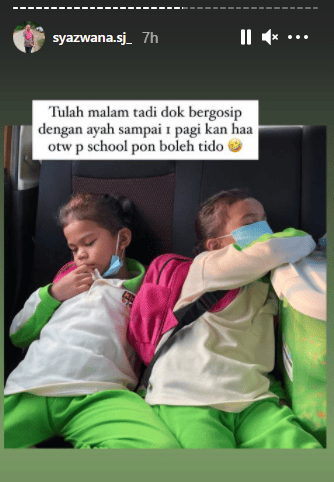 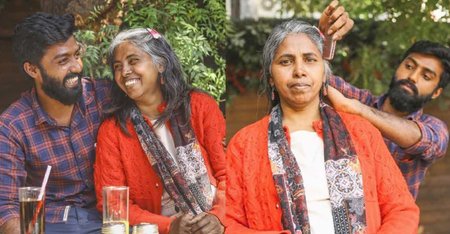