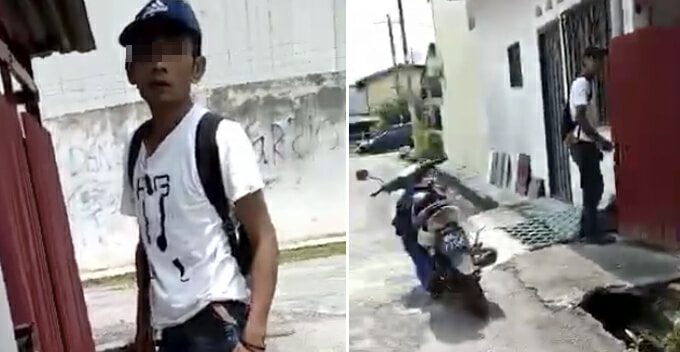 This guy is exactly the kind of neighbour we need!

A robber’s plan to break into a premise was recently foiled by a heroic Malaysian when the latter bravely confronted the suspect while his smartphone was recording the whole incident. This daylight break-in attempt was believed to have happened in Serdang, Selangor as reported by China Press. 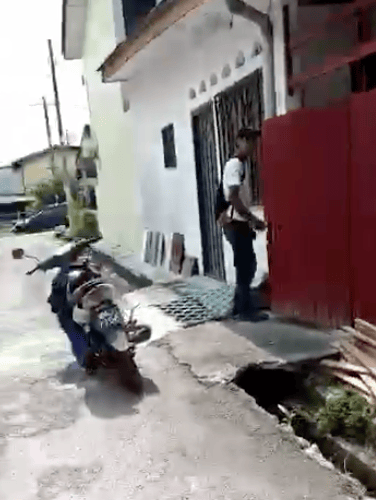 Based on the one-minute video that went viral on social media, the suspect appeared to have arrived at the scene with his motorcycle and was attempting to open the back door of the premise.

That’s when the good Samaritan approached the suspect and casually asked him what he was doing and if that was his home. To scare off the culprit, the man even banged on the door and said that it was an empty house.

The culprit then scolded the man for revealing his evil plan and quickly got on his bike and sped off. The man tried to chase him but to no avail. Here’s the video.

The video started spreading like wildfire on social media with netizens praising the guy for his heroic act. Some also commented that not everyone has the courage to stand up to the bad guys especially when they’re alone. That’s true!

This man definitely deserves a medal and we hope the authorities can catch the suspect soon. What would you do if you were in a similar situation? Let us know in the comments! 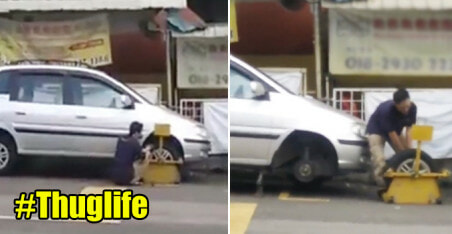