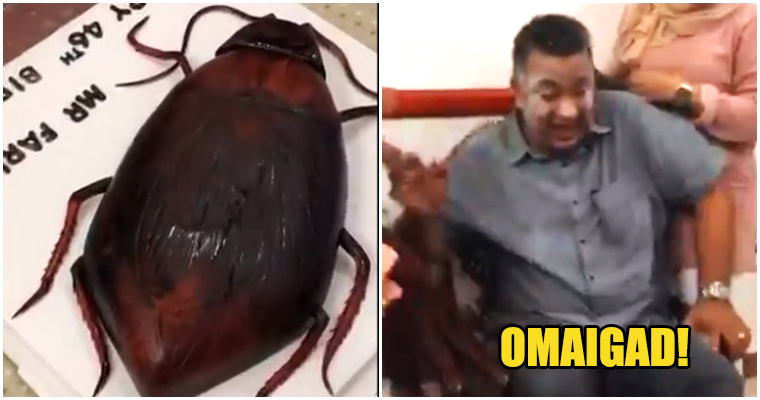 The fear of cockroaches is called kasaridaphobia, and normally, the fear comes from bad experiences with the pest. The danger is real, especially when it starts to fly! 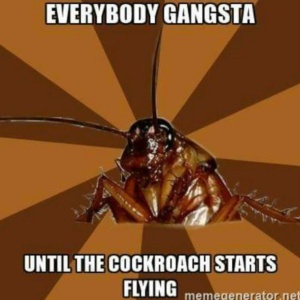 If you are scared by a normal thumb-sized roach, imagine if it’s as big as your face!

A middle-aged man had the shock of his life when his family decided to surprise him with a cake that was made to look like a giant version of the six-legged creepy crawly.

His daughter, @ainfaries, tweeted a video she took and captured the moment where he was introduced to the cake – and his reaction was priceless.

my laugh annoying la but my abah so cute 🤪🤪 pic.twitter.com/73QLztmBoM

Luckily nothing serious happened and everyone had a good laugh!

“Eeee that’s so gross. Your father is cute!”

“Hahaha, I can totally relate to him.”

It’s so realistic that some people could get the chills just by looking at it.

“Ewwwww… I’m so scared to even watch the video! That’s so nasty!”

“That’s a big cockroach! It it was me, I’d launch it to the air… Nevermind if it’s expensive.”

Serious question though, where can you get such cake? Some of us would love to get one!

“Where can you order cakes like this? Hahahahaha, I want to prank my big brother.”

Well, if you get a hold of one just make sure that you don’t prank people who are reeeeally scared of the pest, the person might faint.. if not worse!

Also read: S’porean Lady Met 7 Cockroaches On Her Taxi Ride After They Smelled Her Food 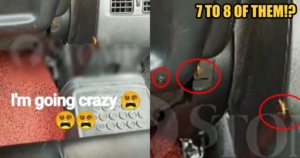