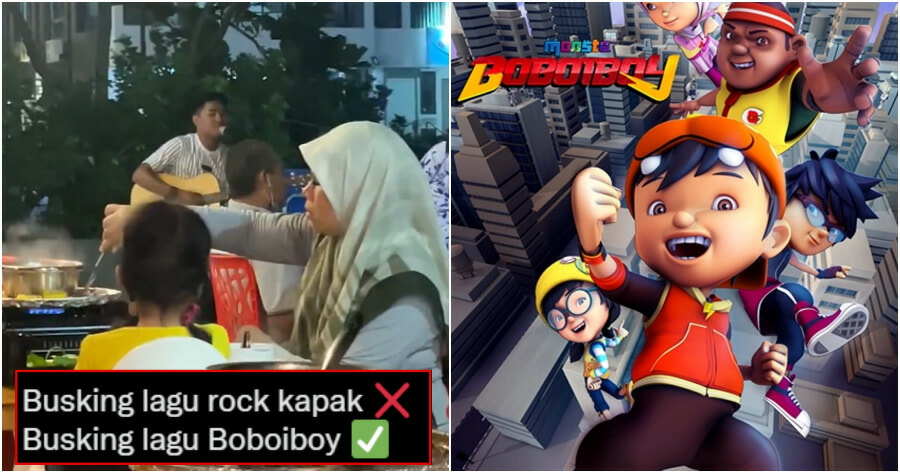 Whenever we eat outside, we are sometimes treated to live music performances by buskers where we can request our favourite songs to listen to whilst we dig in.

Buskers often play the type of music which they feel the majority of their listeners are familiar with, but what happens when the premise is filled with young children?

A busker has gone viral on Twitter for playing an acoustic version of a song from the Malaysian animated television series BoBoiBoy. 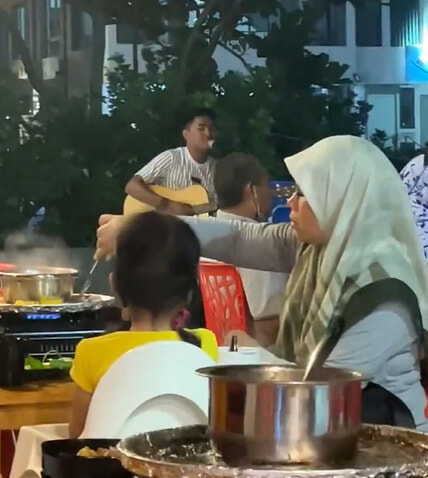 It is unclear whether the song was requested or the busker simply played it seeing as how there were plenty of young listeners.

The kids seem to love it!

The buskers performance has gone viral on Twitter where a video of him was shared. Plenty of netizens praised the busker for having no qualms about playing a song from a show for kids.

“The spirit of a great entertainer. He noticed that his crowd consisted of a lot of kids so he also gives the kids some entertainment. Nice voice too,” commented one user.

Another commented, “If I was there at the restaurant I would have shouted ‘BoBoiBoy’ so loud.”

Meanwhile, a few parents and caretakers praised the busker for his performance. One said, “If my nephews and nieces were there, they would join in the back like a choir.”

A parent said, “My kids are the type to request these kind of songs to the busker.”

Also read: Busted! This M’sian Man’s Adorable Interaction With A Cat Was Caught On CCTV Camera 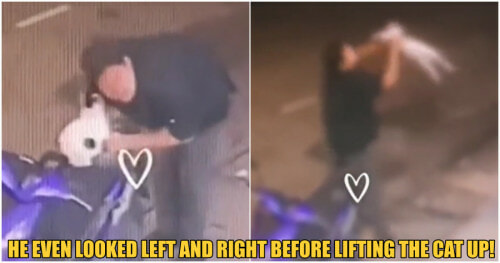