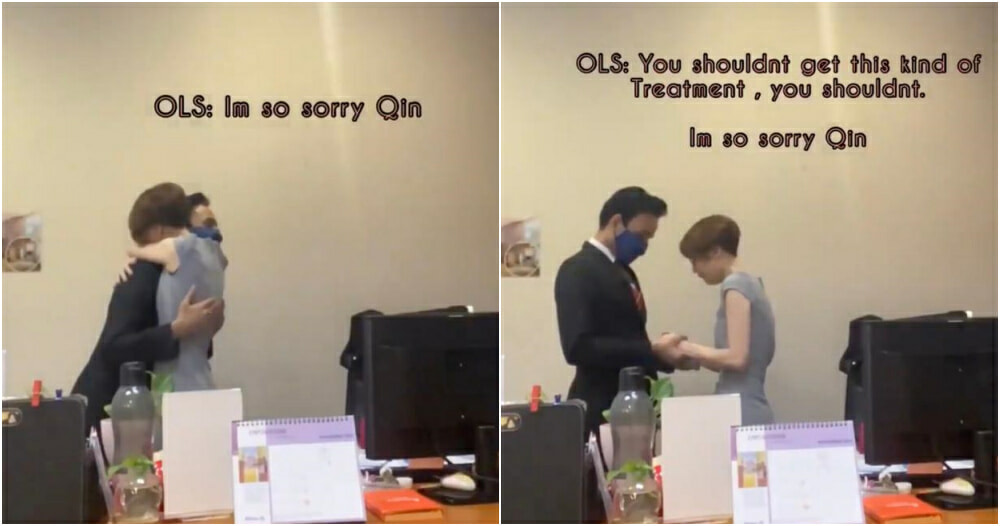 It is honestly very rare to hear one say they love their job. And despite having a place you enjoy working, at some point, for the sake of progress, one is bound to leave and head into something new.

That is the cycle, as we know it.

This Twitter user, Sodiqin (@MrSodiqin), 23, took to his social media to share a touching video that will surely bring tears to your eyes.

The video showed Sodiqin gifting his superior a farewell present after tendering his resignation. His superior’s reaction touched the hearts of many!

✨Watch till the end😔✨
Leaving a place where u love and grow so much is so heartbreak,
I took so many days to make up my mind 😔
Being the Only Malay Boy in the office was never an issue when I have these people around❤️☹️ pic.twitter.com/y89KkNJT2Z

Speaking to WORLD OF BUZZ, Sodiqin explained to us why his resignation was such an emotional journey for both himself and his superior.

He explained that he was part of the Sales team of the company. When he first started, there were 11 other people in the department, but slowly, one-by-one, they started to leave.

“There were five of us left when the pandemic struck. So, all five of us had been multitasking together and we just love our job so much,” he said.

Sodiqin sent WOB this video to give us an idea of how close his team was.

“I was the only Malay boy working there and the youngest as well. The rest of them were Chinese. Throughout my time there, they were the very best and I never felt left out. They stood by me through thick and thin,” Sodiqin added.

However, when the pandemic began, everything went downhill.

“There was an issue between the management and our department. I think it’s best for me to not bring it up. But, this caused my department to feel like we can’t grow with the company anymore.

We did try to let it pass a few times, cause we really love working with the team but there were always others that tried questioning us in Sales. So all of us eventually decided to tender the resignation letter,” Sodiqin explained.

Sodiqin then said it was tough for the team to leave as that would mean they had to leave their superior as well, who cannot leave her job. She was deeply saddened but knew that it was the right thing for them to do. 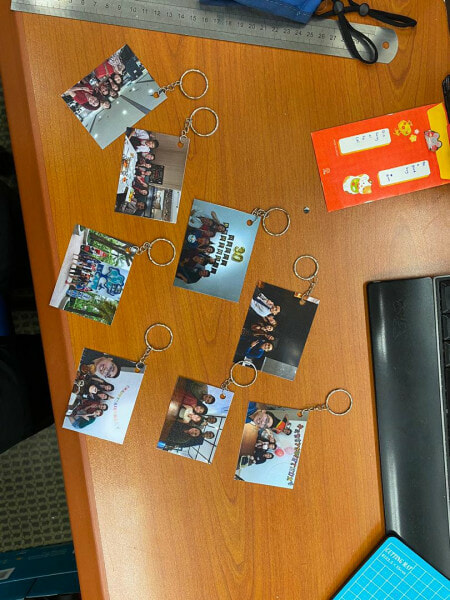 “It was hard to see her like that. So I decided to buy her a plant because her [existing] plant in the office won’t grow. And, I made eight keychains with pictures of the five of us throughout our time there,” he said.

According to Sodiqin, his superior got emotional because she felt like she failed them.

“She felt like she failed to protect us and keep us going. But, we always told her that she did best and we would surely come back when everything is okay,” he said.

In the video, Sodiqin’s superior broke into tears and repeatedly apologized to him for letting him down. When she hugged him while crying, netizens were deeply moved. 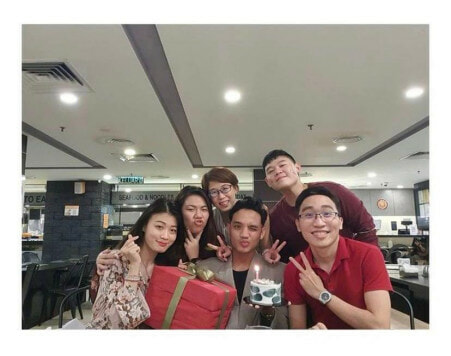 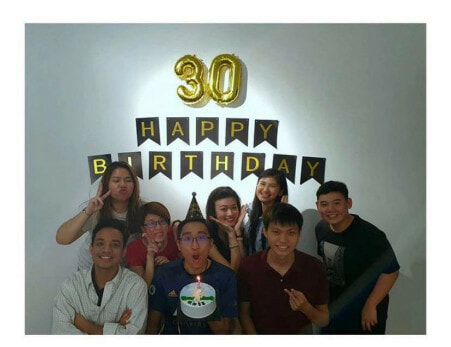 “Although all of them were Chinese, they paid attention to little details to make me feel comfortable, like making sure I have disposable cutlery when hanging out with them – cause they would eat non-halal food and would pack halal food just for me.

Or they would always find a halal cafe to hang out, made sure I stay halal when they would drink, and would always make sure I’m alright in the office. There is so much more of these little things they did that made a big impact,” Sodiqin said.

“There are just too many times that they would stand up for me in the company. It took a toll on me when I had to leave. They were family to me.”

Also Read: “I want a new name!” 7yo Daughter Asks Mother If She Can Change Her Name After First Day Of School 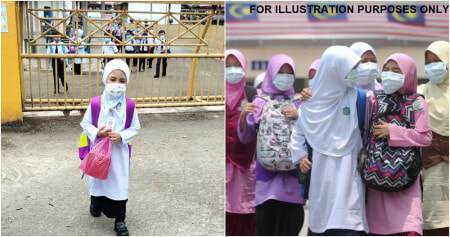