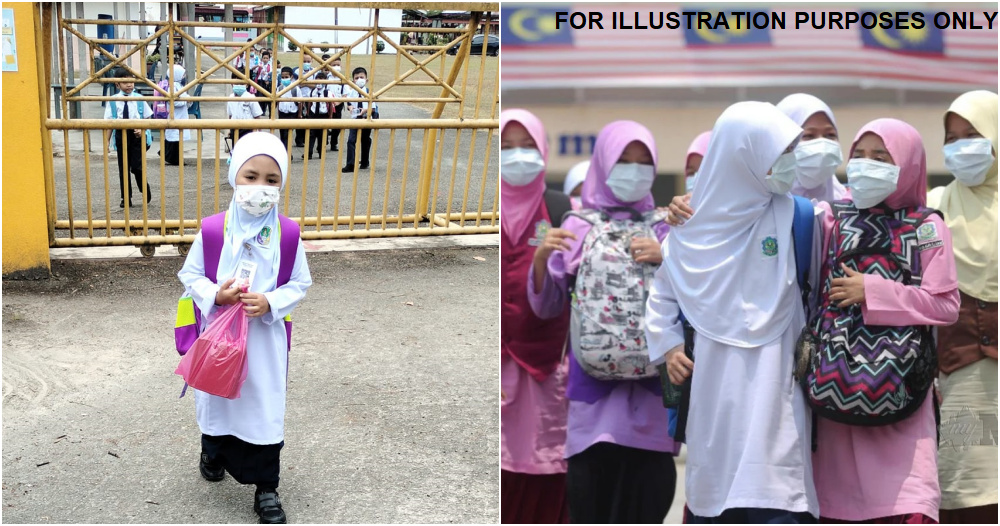 The first day of school can be really tough. So many new faces and of course, a whole different environment that can get any student a little nervous.

However, this Malaysian mother took to her Facebook to share her  7-year-old daughter’s “difficult” day at school that was simply hilarious!

The mother, Umi Humaira shared a post on a Facebook group saying that her daughter seemed pretty gloomy when she picked her up from school.

Of course, mother’s are quick to catch on when something is wrong with their children.

Naturally, she asked her daughter what was wrong.

“She was looking gloomy when coming home from school. I asked her “What is wrong with you? Are you tired?” She remained silent,” Umi said in her post. 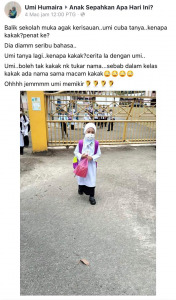 Umi tried once again to ask her what was wrong. To which her daughter replied with:

“Mum, can I change my name…because someone in my school has the same name as me”

Umi said she couldn’t process what her daughter had just said and that she is still thinking of a response.

The name Puteri is a rather common name in Malaysia and because it means ‘Princess’, having a few more students with the same name probably triggered her daughter emotionally. At least that is what we would assume…

But, it was not the name Puteri that triggered her, but the name ‘Humaira’. 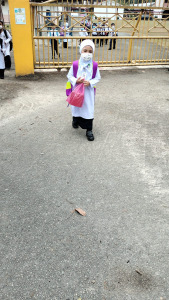 “She wants to change her name to Puteri Nur Aisyah because many of her friends have the name Humaira too,” Umi told WORLD OF BUZZ.

“I advised her to just concentrate on her studies and told her that most of the time, people with the same names are usually the smart ones,” Umi added.

Umi’s post has garnered over 4,700 likes and 220 shares with hundreds of comments from netizens finding Puteri’s reaction very adorable and hilarious!

Other netizens commented saying they totally feel Puteri’s annoyance as many of them have gone through the same thing and till today, they wish they could change their names too!

What are your thoughts about this story? Let us know in the comment section below!

Also Read: 7yo Returns RM1 She Found To Mall Staff, Gets Rewarded For Her Honesty & Integrity 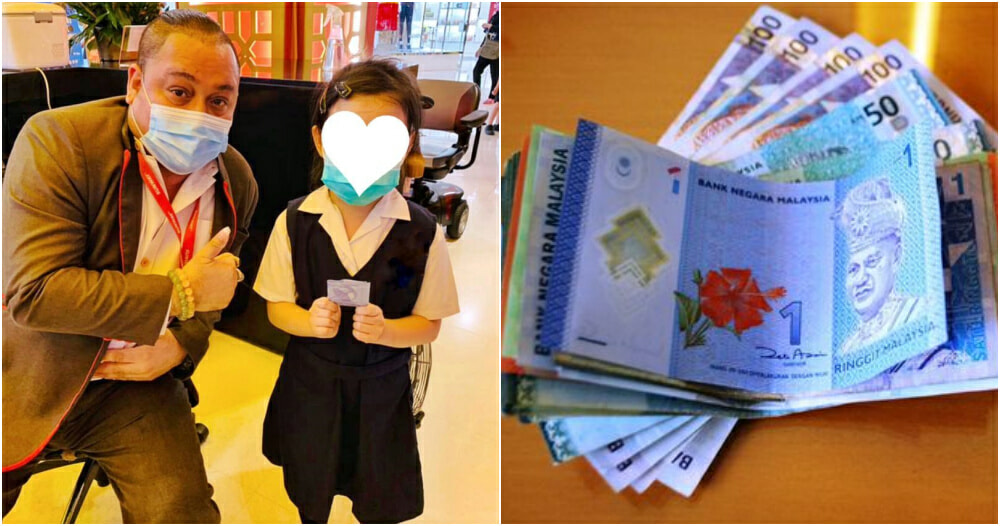