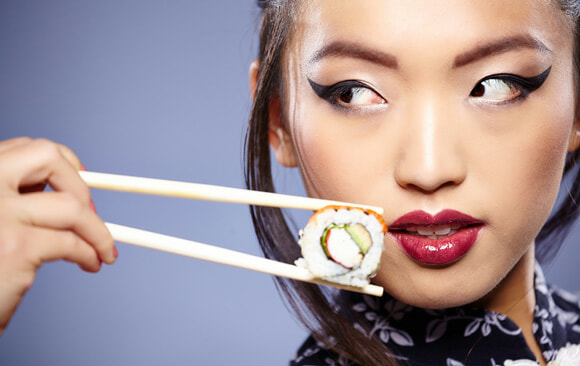 Meeting up with a business associate or friend? Consider to choose the same dish they’re having during lunch to create a closer, more trusting connection as new research suggests.

Knowing that food brings people together, University of Chicago researchers wanted to see whether eating the same food can heighten the rapport between two people.

They ran an experiment involving 176 participants who didn’t know each other, and were paired up to play an economic game. One participant pretended to be an investor and the other played the role of a fund manager.

Some pairs were given the same sweets to eat before playing the investment game, while others ate different sweets (Butterfingers, Sour Patch, Peppermint Patties and Airheads).

“We tried to make it as incidental as possible,” said study author Ayelet Fishbach, a professor of behavioral science and marketing at the University of Chicago’s Booth School of Business.

And the results were surprising! Pairs who’d eaten the same sweets gave more money to their counterparts, while those who munched on different sweets beforehand were less trusting and generous with their moolah.

“The amount of money the investor gave to the fund manager was basically the degree of trust. And those assigned the same food gave more money,” Fishbach told CBS News.

To conclude, it seems that people who share a same meal together are just more trusting towards each other!

“People who eat similar foods are trusting each other, even if it really wasn’t intentional, and it’s going to affect the everyday, simple situations in which we are working with somebody else.”

“If you think about it, cultures have done this for a long time,” added Fishbach. “It’s as simple as you and I having the same piece of candy.”

So, the next time you’re trying to suss out a potential date or break up any awkwardness, try ordering the same food as the other person!