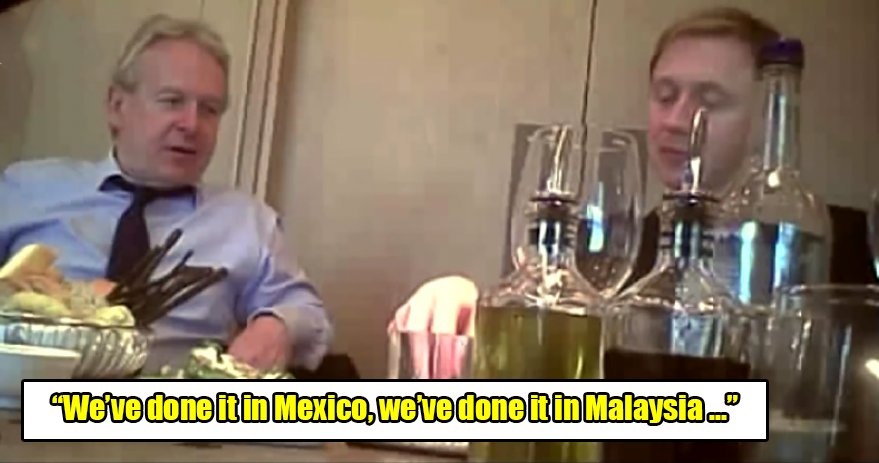 Elections and its processions have always been a part of most daily conversations, especially in recent times. Now, allegations made by a certain data company in the UK about our general election recently became the talk of the town.

What are these allegations, you ask?

Well, according to Malaysiakini, an undercover video by UK’s Channel 4 had revealed that Cambridge Analytica (CA), a UK data company which was reportedly involved in the US 2016 Election, had also had their contribution in our 13th General Election (GE13).

CA’s chief data officer, Alex Tayler, further added that they used data gathering to study people and give them targeted messages for elections in the United States and Africa.

Then, in another meeting, Turnbull shared that sometimes the company worked under a pseudonym when the client doesn’t want to be linked to them.

Instead, he explained CA’s job is to find out the weak point of its target audience and utilise it.

“It’s no good fighting an election campaign on the facts, but actually it’s all about emotion,” he said.

On the other hand, CA’s chief executive, Alexander Nix claimed to have tricked their clients by secretly filming one of their operations like bribing politicians or sending girls to their home. 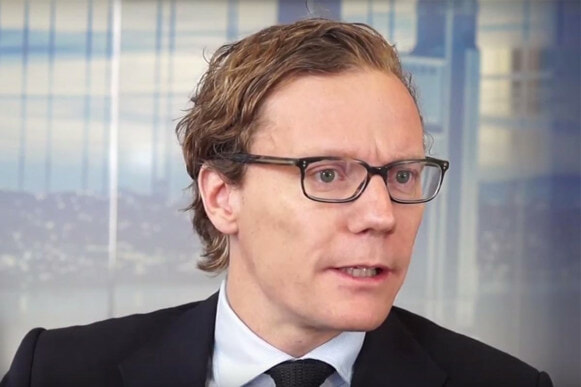 Besides their alleged involvement in GE13, they had also claimed on its website to have allegedly done some work for Barisan Nasional (BN) in Kedah since 2008. An excerpt from their site reads,

“CA supported BN in Kedah state with a targeted messaging campaign highlighting their school improvements since 2008. BN won Kedah back from Pakatan Rakyat in the 13th general election and walked away from a successful campaign.”

“With wins in 21 out of 36 state seats and 10 out of the 15 parliamentary seats in the state, BN enjoyed a landslide victory.”

The video that was recorded by Channel 4’s spy who posed as a client through a series of meetings in London from November 2017 to January 2018 had definitely raised some eyebrows in our country, but our ministers have denied associations with CA, according to The Sun.

“I don’t know anything. Najib does things on his own,” said Tan Sri Muhyiddin Yasin, the former Deputy Prime Minister.

“I never knew CA nor ever engaged them to do any work. If they claim to have been involved with Kedah in GE13, I was not aware of it.” 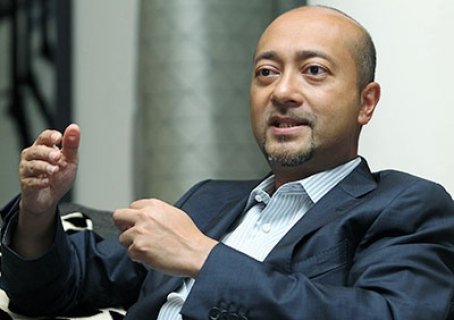 “None of the strategies and tactics I employed as head of elections for Kedah BN during GE13 were in any way derived from advice from CA. Perhaps they were consulting with the Prime Minister’s Office or BN’s headquarters.”

On top of that, Malay Mail reported that Malaysian Communications and Multimedia Commission (MCMC) chief operations officer, Datuk Mazlan Ismail said that it may have been self-promotion and promises to check on the allegations made.

“Maybe in order to gain public confidence, they quote something…but it’s alright. We can check,” he assured.

Currently, CA refuted the allegations made by Channel 4 and claimed that Nix and Turnbull were merely fooling around with the spy to figure out his actual intentions.

Meanwhile, a recent statement yesterday (20 March 2018) from the Prime Minister’s Office denied to have any connections with the CA instead they said that the CA had been providing advice to Mukhriz personally, reported Malaysia Outlook. 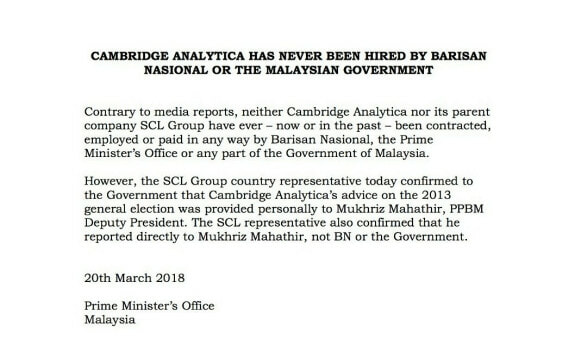 “The representative that they meant, I assume is this chap by the name of Azrin Zizal. He was employed by me personally when I was Deputy Minister of International Trade and Industry as a media officer, not as a representative of any company,” he said.

“If Azrin or anyone else is trying to imply that they were the ones providing strategies and things like that for Barisan to win over Kedah from the PAS government back then, that will all be false actually.”

Now, we can only hope the relevant authorities address this issue appropriately. 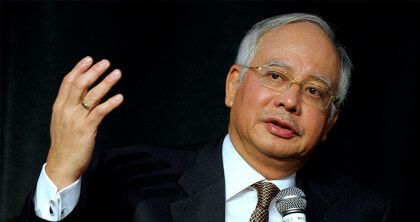